Dr. Lee Gross is worried. He has practiced family medicine in North Port, Florida, near Sarasota, for 14 years. But he and two partners are the last small, independent practice in the town of 62,000. Everyone else has moved away, joined larger groups, or become salaried employees of hospitals or health companies.

“We’re struggling to survive,” Gross, 47, said. “Our kind of practice is dying in this country, and medicine itself is changing so rapidly that doctors everywhere seem to be burning out.”

Indeed, in their professional journals, at conferences, on social media and health care blogs, and in comments to federal regulators, the nation’s doctors are expressing growing anger and frustration.

The focal point of their angst is a 2015 federal law that changes the way Medicare pays doctors.

The Medicare Access & CHIP Reauthorization Act — is Congress’ boldest step since the 2010 Affordable Care Act to push the health care system to reward quality over quantity. It replaces a reimbursement system that was widely criticized by doctors and regularly ran into budget problems on Capitol Hill.

“This is a big change, we know,” said Tim Gronniger, deputy chief of staff at the Centers for Medicare & Medicaid Services. But, he added, “the current way we pay doctors incentivizes them in bad ways — to waste resources, for example.”

The law has bipartisan support and does not come with the political tension of the ACA. Still, the Obamacare battles have shown that broadly reshaping health care is no easy task.

Poor and wasteful care accounts for a quarter to a third of all health care spending, according to the National Academy of Sciences’ Institute of Medicine.

The law sets up two payment tracks. All doctors must choose one, except for those who see too few Medicare patients or whose income from Medicare is too low. 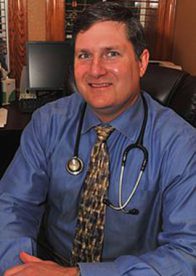 On one track, doctors whose performance and quality of care exceeds benchmarks get bonuses up to 4 percent of their total Medicare reimbursements. Those will start in 2019, based on evaluations of care delivered in 2017, and will rise a maximum of 9 percent by 2022. By the same token, physicians who score poorly on quality benchmarks — which include requirements for the use of electronic health records — face penalties at the same levels.

The amount the government spends on the bonuses — estimated at $833 million for 2019 — must be balanced by the penalties, keeping the program “budget neutral.” However, Congress also authorized an extra $500 million a year bonus pool through 2024 for doctors judged “exceptional.”

On the other path, doctors choose to join larger practices or organizations — called “alternative payment models” — that would be held accountable for the quality of care delivered by all the doctors in the organization.

Congress’ intent, experts say, was to push doctors to join such larger organizations, which generally are considered better equipped to manage and coordinate care, improve quality and lower costs than are solo or small groups of doctors.

Doctors get a 5 percent annual bonus between 2019 and 2024 if they join an alternative payment organization, along with any bonuses or penalties the organization chooses to mete out.  Starting in 2026, doctors in such organizations will continue to get a small annual payment adjustment from Medicare that’s larger than doctors who don’t choose the alternative path — 0.75 percent versus 0.25 percent.

Physicians’ concern is that the new payment system — laid out in a 962-page proposed regulation in April — will put doctors in solo or small practices at high risk of incurring payment penalties and will push thousands into larger practices and alternative payment organizations.

During a public comment period, the American Medical Association and dozens of other physician trade organizations and every state medical association said the system needs to be simplified and must “accommodate the needs of physicians in rural, solo, or small practices in order to enhance their opportunities for success and avoid unintended consequences.”

One of those unintended consequences, the AMA says, is that penalized doctors would limit the number of Medicare patients they see, or drop Medicare.

“I have no idea what I’m going to do yet,” says Dr. Jean Antonucci, a primary care physician who has a solo practice in Farmington, Maine. Half her patients are covered by Medicare. “If I’m going to lose money, I’ll have to see what my options are. I don’t want to limit how many Medicare patients I see.” 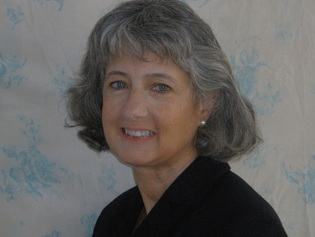 “I don’t want to spend the bulk of my time doing paperwork or collecting data on my patients,” said Jean Antonucci. (Courtesy of Jean Antonucci)

Antonucci and Gross say they want to preserve their small practices. “I don’t want to spend the bulk of my time doing paperwork or collecting data on my patients,” said Antonucci. “That’s what the doctors in my community who are employed [in larger groups] seem to spend most of their time doing.”

Some experts agree that the burden to report quality-of-care to the government is significant.

“We don’t yet have a good system to measure the performance of individual physicians,” says Robert Berenson, a physician and fellow at the Urban Institute and former director of Medicare payment policy for the federal government. “And yet we are going to peg billions of dollars in payment to such measurement. It’s a little crazy.”

A study published in March in the journal Health Affairs calculated the scope of that data collection now. It found physicians and their staffs spend $40,000 per doctor per year — $15.4 billion nationwide — collecting and reporting information about their care to Medicare, private insurers and others.

Gronniger says CMS has, in the proposed rule, scaled back the number of measures doctors must report. “We are eager to work through the issues doctors’ groups have raised,” Gronniger said.

Even so, the AMA and other physician groups are pushing CMS to delay the start for collecting quality-of-care information from  next January until at least July. Medicare administrators have pledged to issue final regulations by Nov. 1.

“This is all very complex,” said AMA President Andrew Gurman. “A lot of doctors are very frustrated … but we are committed to trying to make the new law work.”