Steve Diaz, an emergency medicine doctor at Augusta’s MaineGeneral Health, says he knows what patients want when they come to him in pain. Drugs. And preferably strong ones.

And with abuse of prescription painkillers like OxyContin, methadone and Percocet soaring, the instinct, public health experts say, should be to say no. Or at least, not necessarily. The Centers for Disease Control and Prevention put out a new guideline this spring, advising doctors to prescribe the highly addictive drugs, known as opioids, in smaller doses and only when truly needed.

But another federal policy — a provision of the 2010 federal health law linking hospital payments to patient satisfaction surveys — may be complicating efforts to curb opioid prescribing as part of the nation’s effort to address the painkiller abuse epidemic.

As part of these surveys, amidst questions about night-time noise levels and hospital staff proficiency, patients can evaluate how doctors managed their pain, and if clinicians did all they could to treat it. That’s setting up a system, doctors say, where physicians’ ratings can get caught between patient demands and sound medical judgment.

It’s something Diaz says he sees play out in his own hospital, where he’s also a senior vice president and chief medical officer.

“The patient says, ‘I’m in pain, and you’re not meeting my needs.’ And [doctors] might say, ‘I’m being graded on this. I’ll give this patient something, to get them over the hump,’” he said. “No one will overtly say, ‘I’m doing this to not get a bad score. But in the back of their mind … and knowing they’ll be publicly rated, I think it leads to making that subconscious decision.”

Now, as advocates seek an all-hands-on-deck response to the nation’s opioid crisis, many physicians are calling on federal authorities to change these satisfaction surveys. 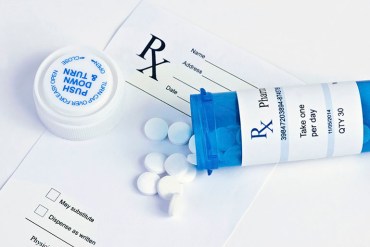 And that second signal can create expectations that ultimately feed into the problem. When patients get painkillers in the emergency department or hospital, they often expect that treatment to continue. The drugs are highly addictive. Researchers believe unnecessary prescribing may be a key factor in fueling abuse.

In 2014, the most recent year for which data is available, about 2 million Americans abused prescription painkillers, according to the Centers for Disease Control and Prevention. More than 14,000 died from overdosing on them.

With that concern, more stakeholders are pushing for action. This spring, organizations such as the American Hospital Association and the advocacy group Physicians for Responsible Opioid Prescribing called on the Centers for Medicare & Medicaid Services, the responsible federal agency, to eliminate the questions, rephrase them or disconnect them from hospital payments. But the evidence on how meaningful that change might be remains scant.

CMS is now testing different phrasing, said Jonathan Gold, a spokesman at the Department of Health and Human Services. Changes in the questions would look at how clinicians discuss pain with patients, rather than how they treat it.

That builds on a statement agency officials published in a May JAMA opinion piece. Officials said they were “exploring how best to measure” experiences including how patients’ pain is treated.

Meanwhile, on a separate track, a group of Senators has introduced legislation to eliminate the pain questions from the official hospital survey.

Without a fix, doctors face pressure on two fronts, said Joan Papp, an emergency physician in Cleveland, who has advocated removing pain management as a factor in assessing patient experience. She compared the concern about painkiller prescribing to antibiotics — a third of antibiotics given aren’t necessary, she said, and can in fact cause negative public health consequences. But doctors give them because they think patients expect more than just advice like bed rest, hot tea and time.

With painkillers, that same pressure to do something is compounded by financial stakes, she said.

“Not only are we seeing patients, but the federal government, pushing to prescribe, sometimes inappropriately,” she said.

Technically, patient surveys shouldn’t affect an individual doctors’ pay. The surveys are meant, according to CMS, to measure the hospital’s culture as a whole.

No one will overtly say, ‘I’m doing this to not get a bad score.’

But in practice, it’s hardly unusual for hospitals to pay physicians at least in part based on patient ratings, Diaz said. So those doctors can perceive a direct connection between making money and convincing patients they’ve thoroughly treated their pain.

CMS officials say, though, that there is no evidence that prescribing painkillers improves a hospital’s scores. Though a June study suggested a possible relationship between opioid prescribing and higher scores, the authors cautioned that the difference was small and could have had other causes. In addition, research from 2014 found that, in emergency departments, prescribing opioid painkillers didn’t help scores. Still others argue the pain questions are just a small part of a large survey.

But that all misses the point, said Andrew Kolodny, executive director of Physicians for Responsible Opioid Prescribing. Even if giving painkillers doesn’t actually boost hospital ratings, many doctors think it does. That adds pressure to give patients unnecessary drugs that could hook them.

For example, another 2014 study, which surveyed about 150 doctors, found that almost half said pressure to get better scores encouraged them to give unnecessary or inappropriate treatment, including prescribing heavy-duty painkillers.

“Our epidemic of opioid addiction has been caused by over-exposure to prescription opioids,” he said. Creating incentives for hospitals “to make sure nobody ever walks out the door feeling they should have gotten a pain medication and they didn’t — that isn’t a cause of the opioid epidemic, but it’s a contributing factor.”

Doctors are feeling the pressure less now than they did even five years ago, said Wanda Filer, president of the American Academy of Family Physicians and a practicing doctor, as a result of rising concerns regarding painkiller abuse. But the tension still exists.

“I have many members who tell me they’ve been threatened [by patients] when they won’t give a prescription,” she said.

Meanwhile, no one’s been able to measure how much overprescribing by physicians contributes to the problem. Researchers are still identifying all the factors that have pushed more opioids into the public sphere. And that complexity, advocates said, makes it difficult to quantify the impact of removing the survey questions.

“There are many, many, many fronts which need action,” Filer said. But making sure doctors don’t have extra reason to push painkillers should be part of that, she said.

Given the scope of painkiller addiction, that’s an essential part of policy makers’ approach, Kolodny argued.

Doctors Wrestle With Mixed Messages When Deciding Whether To Prescribe Painkillers