Ten years after a prescription drug benefit was added to Medicare, 39 million older or disabled Americans have coverage to help pay for their medicine, including most of the 17 million with private insurance policies known as Medicare Advantage, an alternative to traditional Medicare.

The annual enrollment period for these private drug and Advantage plans for 2016 starts Thursday and runs through Dec. 7. 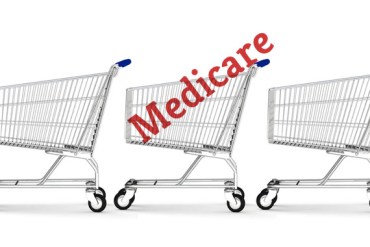 It pays to shop around. The monthly cost is increasing an average 26 percent for UnitedHealthcare’s AARP MedicareRx Saver Plus while the First Health Value Plus plan is dropping an average 13 percent, according to an analysis of the 10 most popular drug plans by Avalere Health, a research firm.

Some actual costs may be even more dramatic. In Albany, N.Y., the price of a Cigna-HealthSpring drug plan is going up 36 percent, according to the StateWide Senior Action Council, a New York consumer group.

“Consumers should view open enrollments as the ultimate in consumer empowerment,” said Andy Slavitt, acting administrator for the Centers for Medicare and Medicaid Services, which oversees the private insurance plans. “As Medicare consumers shop for what’s right for them, that causes benefits, quality and premiums to continue to improve.”

But most beneficiaries opt to stay put, rather than endure what can be a frustrating enrollment experience.

So in addition to reviewing Medicare’s online ratings of the plans, consumer may want to consider these shopping tips to make the process easier.

Are your drugs covered and at what price?

Use Medicare’s “plan finder” website at medicare.gov/find-a-plan to pinpoint the drug plans in your area that include your medicines on their formularies. Since these lists of covered drugs can change every year, make sure your drugs are still covered before renewing a policy.

Also make sure that the plan covers your drug as your doctor prescribed it. Some plans allow a 30-day, 90-day or monthly supply, but if your prescription is for a different frequency — for example, an inhaler every two months — you can be charged the plan’s full cost of the drug. Some plans require that you try a different medication first.

Call the insurance company to confirm the details before signing up.

The full price of a drug can vary from plan to plan, and your share of the cost can also vary. More plans are charging members a percentage of the price, or co-insurance, instead of a flat amount or co-payment, said Tricia Neuman, director of the Kaiser Family Foundation’s Medicare policy program. (KHN is an editorially independent program of the foundation.)

Will you pay one price for the same prescription all year?

No. Medicare’s drug coverage has different stages. First, you pay the plan’s full price for drugs until you’ve paid the deductible of $360 for 2016, a $40 increase over this year. Not all plans require the full deductible, but next year 53 percent will, according to the KFF analysis.

Then when you and the plan have paid $3,310, you will reach a coverage gap — also called the “doughnut hole” – and you will pay 45 percent of the plan price for brand name drugs and 58 percent for generics. After you’ve spent $4,850, you enter another stage and pay either $2.95 for generic drugs and $7.40 for other drugs, or 5 percent, whichever is greater, until the end of the year.

Depending on your income, you may be eligible for a subsidy to help pay for your drugs.

Is your pharmacy in the plan’s network?

The drug price also depends on whether the pharmacy you use is in the plan’s provider network. Nearly all plans also designate “preferred” pharmacies, which offer lower costs than others in the network. You’ll pay the full price at pharmacies outside the network.

Most plans also have a mail-order option, but don’t assume it is cheaper. “Mail order pharmacies can even be more expensive than your local walk-in pharmacy,” said Margaret Murphy, associate director at the Center for Medicare Advocacy.

What is the monthly premium?

Many consumers judge a plan’s cost by its monthly fee or premium, one of its largest and most consistent expenses. But the premiums “can be dwarfed very quickly” by a what a beneficiary spends on drugs, said Colin Shannon, a senior manager at Avalere Health. “There are all sorts of drugs out there that will cost a lot more than the premiums.”

If you are also considering a Medicare Advantage plan that provides both drug and medical coverage, first, check the plan finder for plans in your area that cover your drugs. But there are also other things to weigh.

Medicare Advantage must cover the same medical benefits as traditional Medicare, but most have at least one important difference: they dropped Medicare’s requirement of a three-day hospital admission in order to receive nursing home coverage.

Many Advantage plans also add extras, such as dental services, eye care and gym discounts. But unlike traditional Medicare, these private plans restrict beneficiaries to a network of health care providers. Even though insurers can drop providers from their networks during the year, beneficiaries are not allowed to switch plan for that reason.

Are my doctors and hospital in the plan’s network?

Although Medicare Advantage plans have to follow federal rules ensuring they have enough health care providers, federal investigators found officials rarely check , and starting next year, the agency is requiring plans to update online provider directories “in real time.” Before signing up, double check with your doctors to see if they accept your specific plan.

Don’t Just Renew Your Medicare Plan. Shopping Around Can Save Money.