A federal program designed to allow certain safety net hospitals and clinics to save money on drug purchases is under fire from critics who say the facilities are using that money to pad profits rather than help patients.

The 340B drug pricing program lets thousands of hospitals, community health centers and family planning clinics buy outpatient prescription medications from manufacturers at an estimated 25 to 50 percent discount.  Participants can then charge higher rates to insured patients and keep the additional revenue. 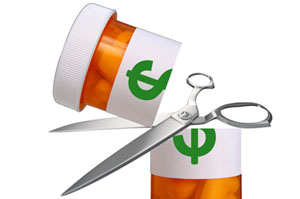 But growth in the 20-plus year-old program — sparked in part by the Affordable Care Act which expanded eligibility  — is raising alarms among drug makers and some members of Congress. They say that some facilities should not be eligible and that the money they receive from the discounts is not always being plowed back into patient care. Administration officials have promised to propose clearer rules for the program, which had been expected as early as this month, but a recent federal district court ruling has put into question whether they have that authority.

“Everyone sees this as a cash cow,” said Maya Bermingham, vice president and senior counsel at the Pharmaceutical Research and Manufacturers of America (PhRMA), a drug industry trade group.  “You can actually make money off of this program and that was not really the intent of the program when it was originally formed.”

Hospitals that benefit from the 340B program are fighting back.

“We find it highly ironic that the pharmaceutical industry is talking about cash cows,” said Ted Slafsky, president and chief executive officer of Safety Net Hospitals for Pharmaceutical Access.  “They are the ones who are profiting off of the skyrocketing costs of pharmaceuticals.” Without the savings the program provides, participating hospitals “would have to cut back on vitally important services,” he said.

Hospitals say those services include specialized clinics, trauma care, burn units and poison control, as well as deferring some of the cost of uncompensated care. The discounts also allow the facilities to provide drugs at reduced prices or for free to indigent patients. About a third of all hospitals participate. According to the American Hospital Association, the program saves hospitals $1.6 billion to $3.2 billion each year on drug purchases.

To qualify for the program, hospitals and clinics must meet federal requirements, such as non-profit status, serving a certain percentage of low-income or uninsured patients or receiving federal grants.  The 2010 Affordable Care Act broadened the type of facilities that can qualify, including critical access hospitals, which are located in rural areas and have no more than 25 inpatient beds.

In 2011, 340B facilities bought about $6 billion worth of drugs through the program and by 2013 that figure had grown to $7.5 billion, according to government figures. Some analysts predict the program could account for $12 billion in drug purchases by 2016, but hospital groups say those estimates are overblown.

At Mount Sinai Hospital, which serves many low-income neighborhoods in Chicago’s West Side, the $2 million raised through the 340B program annually helps fund a clinic for patients who have experienced neurological conditions, such as those following a stroke.

“If we didn’t have the 340B program we wouldn’t be able to afford to have that clinic,” said Justin L. Schneider, a vice president at Sinai Health System.

The 340B program brings in about $70 million a year for the Henry Ford Health System in Detroit, funding about a third of the hospital’s uncompensated care, said Dr. Robert Chapman, who runs Henry Ford’s cancer institute. Without those funds, Chapman says the medical center would have to cut services. “In some ways, I like to think of it as keeping the last straw off the camel’s back,” he said.

One of the areas coming under close scrutiny at hospitals is chemotherapy. As increasing numbers of oncology practices are absorbed by hospitals, some patient advocates say the hospitals are profiting from the drug discounts they receive but not increasing the amount of uncompensated care they offer.

A report earlier this year from the Alliance for Integrity and Reform of 340B, which includes PhRMA, drug manufacturers and patient groups, found that charity care represents 1 percent or less of patient costs at approximately one-quarter of 340B hospitals. Slafsky’s group said the report was based on “unreliable estimates of charity care” and that the average 340B hospital provides three times more uncompensated care than non 340B hospitals.

A Question Of Authority

The federal Health Resources and Services Administration (HRSA)  runs the 340B program. In 2011, a Government Accountability Office report called HRSA’s oversight of the program “inadequate” because it primarily relied on self-policing by the participating entities and drug makers.  A HRSA spokesman said the agency has taken several steps to address those concerns, including auditing some program participants.

In May the U.S. District Court for the District of Columbia struck down a HRSA regulation governing orphan drug sales under the 340B program and said the agency did not have the authority to issue the regulation.  The court ruling has “thrown into question HRSA’s ability to issue broad regulations” about the program, said Ellyn L. Sternfield, an attorney with the firm Mintz Levin.

The HRSA proposed regulation has been expected to touch on several key areas including:

— Eligible patients: Patients who have a “relationship” with a 340B hospital or clinic are eligible to receive the discounted 340b drugs. But exactly what constitutes such a relationship isn’t clearly defined. “There’s always been a discussion about who truly is a patient of a covered entity and who truly can receive a 340B drug,” said David Ivill, a 340B expert with the law firm McDermott Will & Emery.

— Eligible facilities: Currently if a clinic is included in an eligible hospital’s Medicare cost report it can qualify for 340B drug pricing. Analysts expect a new regulation would provide more clarity on which facilities qualify and which ones don’t. While one part of a qualifying 340B hospital might serve large number of poorer patients, an affiliated clinic could see mostly insured patients. Under current rules both qualify to receive the discounted drugs.

— Contract pharmacies:  Some providers in the 340B program can contract with outside pharmacies, like Walgreens, to give patients the flexibility of filling their prescriptions at locations that may be more convenient than a hospital pharmacy.  A report released in February by the HHS Inspector General found inconsistencies in how some contract pharmacies determine who is eligible for the discounts and in how they conduct the oversight activities that HRSA recommends.  In a statement, a HRSA spokesman said the agency has followed up individually with pharmacies identified in the report “to determine necessary next steps.”