No matter who wins the presidential election, most workers who get health insurance through their jobs won’t see a lot of immediate changes in their health benefits. 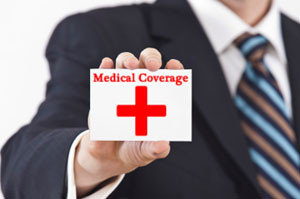 Employers will continue looking for ways to cap expenses, moving toward higher deductible policies, or placing limits on how much they pay toward their workers’ premiums — both trends that predate the federal health law, analysts say.

Many employers have also embraced some of the more popular rules in the federal health law, such as no copays for certain cancer screenings and preventive care, and allowing parents to keep their adult children on their policies until age 26.

Employers have “experimented with (those ideas) for the better part of a decade now,” says Paul Fronstin of the Employee Benefit Research Institute in Washington D.C.  “There’s no going back.”

Still, the law itself may be affected by whom the electorate chooses to send to the White House and Congress next year, in ways that could make big differences over time.

Republican nominee Mitt Romney has promised to repeal the law if elected, although it is uncertain he would have the congressional votes to do that, or how long such efforts might take. Some provisions, such as federal subsidies to help some people buy coverage in new insurance marketplaces, would likely fall by the wayside if major parts of the law were dismantled, for instance.

In contrast, the re-election of President Barack Obama would mean the major provisions of the law will likely go into effect as planned in 2014, including rules that require employers with more than 50 full-time workers to offer health insurance or face fines starting at $2,000 a worker if they get federal subsidies to help them buy coverage. Employers would also need to ensure their coverage meets affordability standards and give workers easy-to-understand descriptions of their benefits.

While a host of rules have already been issued, employers say they are still waiting for some, including final word on how to design employee wellness programs, how to report worker eligibility for coverage and whether all workers must be given the same benefits.  Tracy Watts, a senior consultant with Mercer, says employers “have a lot of questions to be addressed” and expects a flurry of regulations in the next few weeks, no matter who wins the election.

Consultants say a Romney win would raise a host of questions among employers who have begun to prepare for the law. Would it be repealed entirely? Or, as many observers expect, would Congress attempt to amend it, and if so, which parts?

“The big fear is one of uncertainty, not knowing what would happen, how it would work,” says Gretchen Young, senior vice president for health policy at the ERISA Industry Committee, which represents large employers.

One big focus for employers would be whether Congress would change rules already in effect that bar health insurers from setting lifetime limits on insurance policies. Previously, such limits were seen as one way to hold down premium costs, but also caused some people stricken with serious illness to suddenly find themselves cut off from coverage when they hit the limit.

“If the law is repealed, we may see employers reintroducing annual limits or lifetime limits,” says Fronstin.

The law includes other provisions affecting employers and employees that might be changed or eliminated under a Romney administration. Starting in 2014, individuals and small businesses are supposed to be able to shop for and enroll in coverage and determine eligibility for federal subsidies, through state-based marketplaces, called exchanges.

In addition to the online exchanges, the law provides tax credits to help some small businesses purchase coverage.  Individuals earning less than about $44,680 who don’t get coverage through their jobs could also qualify for sliding scale subsidies to help them buy through the exchanges.

Some small business groups, such as Small Business Majority, support the law, saying the exchanges could boost competition, potentially easing volatility in premiums, and providing workers with greater choice of insurance carriers.  Even so, rules setting essential health benefits and capping the amount small businesses can charge workers in annual deductibles could raise costs for some employers. Other groups, including the National Federation of Independent Business, oppose the law, saying its requirements are burdensome.

Success of the exchanges, however, will depend on how many people and businesses use them.  Too few enrollees could drive up premiums if those who choose to enroll are sicker or older than those who sit out.

And subsidies will be key to getting people to enroll through the exchanges, experts say.  Such funding, however, is expected to be a target of the law’s opponents.

“I don’t think people are convinced that Romney would repeal the whole thing, but certainly huge swaths of funding could be taken out,” says Young. “If you take out the subsidies, then the exchanges won’t gain a toehold and may well collapse.”

Premium costs will be another key factor in enrollment in the exchanges. The Congressional Budget Office has estimated that premiums for big employers will be a little lower under the law, while costs for small businesses will remain about the same. Individuals will see higher premiums, mainly because coverage will be more comprehensive. For some individuals, the CBO said the additional cost would be offset by subsidies.

A survey by consulting group Mercer released in August found that 60 percent of the 1,200 responding employers expected some cost increase from the law in 2014.  Watts says those costs are mainly related to having to cover more workers – including those employed at least 30 hours a week —  or from higher employer payments toward the benefit packages.

“The law does figure out how to provide access to benefits for 30 million Americans who don’t have it,” says Watts. “Beyond that, there’s not a whole lot in there that helps manage costs for employers. You could argue that will be a byproduct of the law, but there’s no certainty around that. Time will tell.”

No matter the outcome Tuesday, she and other consultants say the trend toward private insurance exchanges will continue. Employers like the concept because the private marketplaces make it easier for them to set caps on the amount they pay toward premiums, allowing employees to choose more expensive plans if they pay the difference.

If premiums rise faster than the caps set by employers, workers would pay more, picking up a growing share of costs. Proponents expect a tempering effect on premiums, however, through competition among insurers that sign up to offer coverage through the private exchanges.

A number of private exchanges, run by consulting firms and insurers, are already capitalizing on the trend, offering an alternative to the future state-based marketplaces.

Benefit consultant Aon Hewitt, for example, has a private exchange for its workers and recently signed deals with Darden Restaurants and retailer Sears, which will send tens of thousands of their workers to the exchange starting in January.

UnitedHealth Group, one of the nation’s largest insurers, has purchased Connextions, a firm that helps form exchanges. The Blues plans, through Wellpoint and Blue Cross Blue Shield of Michigan, have bought into Bloom Health, which runs an employer exchange.

“On the employer side, private exchanges are the main action under either an Obama or Romney administration,” says Joel Ario, a consultant at Manatt Health Solutions and former Obama administration official in charge of exchange planning.

He says state-based exchanges, like the one already operating in Massachusetts, work well for individuals, but have not caught on as fast with employers. “A lot of employers will be saying they like the exchange idea, but may not want to be in the public exchange, unless they can get a tax credit.”

Employers Expected To Keep Some Of Health Law’s Popular Provisions, Even If Obama Loses