Young adults who need health insurance have more options than before under the health-care overhaul, which generally allows them to stay on their parents’ plans until they reach age 26. But the provision gives employers new options, too: They can encourage their young employees to join Mom and Dad’s plan rather than sign up for the company policy. 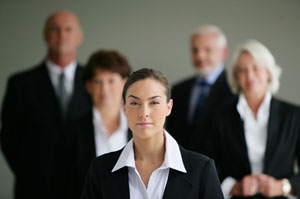 Although experts say the practice is uncommon, some think more employers may consider this approach in the future.

When the financial manager at the small Philadelphia communications company where Ross Burlingame works suggested that he sign up with his parents’ health plan rather than the one the company offered, the 24-year-old was taken aback. Could his company legally require him to go on his parents’ plan, even though its coverage wasn’t as good?

After discussing it with the financial manager, he came to believe that her suggestion was well intentioned. She offered to give him a $400 monthly voucher to use for either plan. If he went on his parents’ plan, their premium increase would probably be smaller than that, she explained, if there was any additional cost at all. But if he signed up with the company plan, which has a $1,000 monthly premium, he’d owe $600 out of pocket each month.

“When they explained that their plan cost more than [the $400] they’d be giving me, it changed things,” he says.

Burlingame says the hospital that insures his father, a cardiothoracic surgeon, told him it would cost $140 a month to add Ross to the family plan.

Human-resources experts say it is relatively common for employers to offer financial incentives to employees to influence their coverage decisions, especially in cases involving spouses.

For example, if an employee’s spouse could sign up for coverage through his or her own job, “some plans apply a penalty if they don’t take the coverage that’s available to a spouse,” says J.D. Piro, national practice leader for the health and benefits legal practice at Aon Hewitt. “You could do that for the adult child as well.”

As long as a company’s guidelines are clearly spelled out and applied consistently, experts say, a company can provide financial incentives to encourage workers who have the possibility of coverage elsewhere to take it; the company could even decide that such workers were not eligible for the company’s plan.

The question is, why would employers want to do that? Young people generally have fewer health problems and are relatively inexpensive to insure. In 2009, only 11.8 percent of adults age 19 to 29 had health expenses that exceeded $1,000, compared with 26.5 percent of those between 30 and 64, according to data compiled by Young Invincibles, an advocacy group for young adults.

For a company that pays its own health claims, there probably wouldn’t be any financial benefit in discouraging a young employee from joining the company plan, say experts. But a company that buys insurance for its workers and pays premiums based on the number of people in the plan, as many small companies do, might find it advantageous to cover fewer people, says Dania Palanker, a senior health policy adviser at the National Women’s Law Center.

For example, a company might calculate that it’s smarter to give employees $100 per month to buy coverage elsewhere rather than spend $300 per month in premiums per employee for coverage, she says.

There is a wrinkle in the 2010 health law that might prevent some adult children from joining their parents’ plan, even if they want to. Plans with grandfathered status — meaning they haven’t changed their benefits or costs substantially since the law became effective — are not required to cover their plan members’ adult children until they reach age 26 if the child can buy health insurance at his or her own job. (Starting in 2014, they’ll no longer be able to decline to cover those adult children.)

Taking advantage of that exception creates administrative hassles of its own. “I have some clients in grandfathered plans who discussed whether to try to keep people out, and they decided it wasn’t worth it,” says Jane Jensen, senior consulting actuary at benefits consultant Towers Watson.

As for Burlingame, he started work nine months ago, but by the time he sorted out what his company was offering him and decided it made sense to join his parents’ plan, he had missed the enrollment period. Now he can’t sign up again until January, when he’ll be just eight months shy of 26. He has been looking online for individual policies that he could buy for $400 a month or less, but he says there are too many choices and he doesn’t really know how to evaluate what coverage he needs. For now, he remains uninsured.

Over the next few years, he’ll have even more options. In addition to getting coverage on the job or through their parents’ plans, starting in 2014 young people will be able to sign up for subsidized coverage through health insurance exchanges; some may also qualify for Medicaid under expanded guidelines that will cover low-income childless adults.

“Young workers have to do their homework to make sure they don’t miss out on opportunities that arise,” says Aaron Smith, executive director of Young Invincibles.