Enroll America convened a national conference this week in Washington to review the strategies that proved successful during the inaugural Affordable Care Act open enrollment period and  to  gear up for the next one, which will start Nov. 15.

Organizers also want to ensure that the navigators and organizations working toward enrollment maintain their energy — despite reports of backlogged Medicaid applications and continuing struggles in some state-run exchanges. 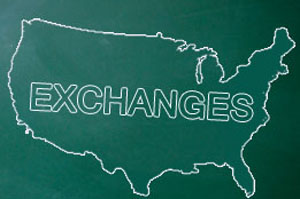 “It’s energizing people and bringing them together and reminding them why they got into the work in the first place,” said Anne Filipic, president of Enroll America, a nonprofit group organized primarily to sign up consumers for new health coverage. “We’re five months out, so it’s time to be implementing and outreaching.”

Kentucky Gov. Steve Beshear, a Democrat, was among those at the conference Tuesday to offer a list of accomplishments. Kentucky, he said, enrolled 421,410 people in individual health coverage either via kynect, the state’s online insurance portal, or Medicaid.  Seventy-five percent of them had never had health care insurance before.

Beshear credits this public response to the decision to insulate kynect from the affiliation with the national health law The enrollment numbers suggest that worked. In Kentucky, traditionally considered a red state, 60 percent of voters supported Republican candidate Mitt Romney in 2012.

Looking forward, he also said that the re-election efforts of naysayer lawmakers — those who have worked so hard to discredit and disband the overhaul — will come down to how people with the new coverage experience the benefits of the law.

Meanwhile, former Health and Human Services Secretary Kathleen Sebelius told attendees that they were pivotal in making the first enrollment season successful. “You combated relentless misinformation and obstruction, people who were faced with getting fingerprinted and paying a fee in order to help access care,” Sebelius said.

But challenges are ahead, Filipic, Enroll America’s president, said. Getting current enrollees to renew their exchange plans will be a major effort.

“There have been bumps along the road, and that will continue, but we will continue to dig in and identify issues and make this [signing up and staying enrolled] as consumer-friendly as possible,” she said. “The vast majority of people are happy, and of course you run into people that it’s different from what they’ve expected. At that point, we work to connect them with people that can provide answers, like insurers or the federal hotline.”

Filipic noted that the Centers for Medicare & Medicaid Services recently announced $60 million in funds for navigators in the 2015 enrollment period. “In-person assistance is critical, and we need more folks involved and to let those navigators provide help to people.”

But Daniel Hilferty, president and CEO of Independence Blue Cross in southeastern Pennsylvania, who also spoke at the meeting, said the overall success of the law and its ability to improve health is tied to the financial sustainability of the program. He said that states will have increased costs in several years for the new Medicaid enrollees and will want results. “Unless we show outcomes in real time data, it’s all for naught,” he said.