Emergency department patients are getting CT scans at rates five times higher than in the mid-1990s, a new study finds, raising questions about whether the test is being overused and driving up health costs or helping to lower costs by reducing hospitalizations. 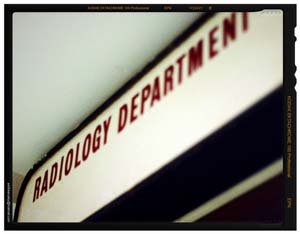 About 14 percent of ER patients received a scan in 2007, compared to about 3 percent in 1996, according to a new study in the Annals of Emergency Medicine by researchers at the University of Michigan Health System.

With 1 in 7 ER patients getting a CT scan, does that mean the tests are being overused? Doctors, hospital officials and health policy analysts are interested in that question because CT scans – which use a coordinated series of X-rays taken from many different angles to create a three-dimensional image — can subject patients to excess radiation and drive up health costs.

The study authors said their report highlights how the diagnostic benefits of CT scans must be balanced with the risks of exposing patients to high doses of radiation and of increasing health costs. They noted those risks could be high among children, patients undergoing multiple scans and people who develop complications from the intravenous use of contrasting dyes for the scans.

The American College of Emergency Physicians defended the 330 percent increase in CT scan use, saying the test has helped to reduce the number of patients admitted to the hospital. The study found the hospitalization rate following a CT scan was 26 percent in 1996 but fell to 12 percent in 2007. In contrast, the overall hospitalization rate of emergency department patients rose from about 11 percent to about 13 percent during that time.

The study notes the effect on hospitalizations, but also finds that the effect of CT scan use on hospital admissions “appeared to diminish after 2003” when the rate “flattened and stabilized” even though CT use continued to rise.

Dr. Keith Kocher, the lead author and an emergency medicine physician at the University of Michigan, said doctors may feel more comfortable sending patients home—instead of being admitted—after a scan.

Several factors are driving the increased use of CT scans: The greater availability of machines, doctors’ fear of being sued for malpractice, a perception that patients want the test and financial pressure to make use of the machine.

The use of CT scans was particularly high in emergency departments for certain symptoms, with at least 25 percent of patients getting scans for: flank pain, convulsions, vertigo, headache, abdominal pain and general weakness.

About one in four CT scans performed in the United States are done in the emergency department, the study found.

In an editorial accompanying the study, Dr. Robert Wears, an emergency medicine doctor at the University of Florida Health Science Center, said determining how to reduce any overuse of CT scans will be difficult because decisions are made on case-by-case basis.

“What is acceptable and appropriate use or nonuse of CT imaging is not an entirely objective question that can be neatly resolved by empirical data and formal analysis, but rather a tangled, socially constructed issue involving competing views of risk, benefit and obligation, and the elusive question of how much certainty we must have,” he said. “If we cannot develop a shared view on these issues, we will be condemned to be perpetually hunting the Snark.”

“Hunting of the Snark” is title of a poem written by Lewis Carroll that’s been described as “the impossible voyage of an improbable crew to find an inconceivable creature.”

Kocher said the key takeaway message from the study is that patients need to talk to their doctor whenever a CT is advised to determine if it is truly necessary. But injured and ill patients are often in no position to second-guess their doctor’s recommendation, he noted.

ER Use Of CT Scans Rises Sharply, Raising Questions About Costs And Benefits