B.J. Welborn of Charlotte is such a fan of the Affordable Care Act that she wrote President Obama a thank-you letter last fall. For $327 a month, the 64-year-old leukemia survivor got a Blue Cross policy that covered more than $100,000 a year for pills that keep her in remission. 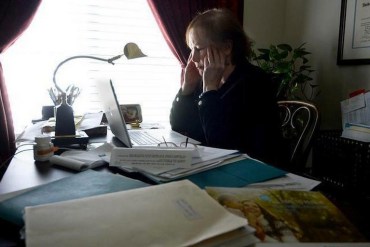 The Affordable Care Act helped B.J. Welborn of Charlotte, NC, pay for expensive medication that keeps her leukemia in remission, but an error in her 2015 renewal cut her off. (Photo by Diedra Laird/The Charlotte Observer)

But by the time the White House response arrived, Welborn was in a frenzy. A government error in her 2015 renewal led to the cancellation of her policy, which she discovered only when she tried to fill her February prescription.

As days ticked by without the needed medication, Welborn couldn’t get anyone at the insurance company or the federal exchange to resolve the problem.

“It’s just the perfect storm of mistakes and nobody can fix them,” she said. “I feel absolutely wiped out by this battle.”

Welborn’s quandary illustrates not only the benefit of the act but an ongoing challenge.

N.C. health insurance officials say complaints dropped in 2014, even as a problem-plagued federal website debuted and the ranks of the insured swelled. That’s because people like Welborn, previously denied insurance for expensive medical conditions, had accounted for the bulk of calls before the act took effect. Starting last year they had a guarantee of coverage and, in many cases, federal aid to help pay for it.

The catch? When you pair private insurance companies seeing a surge of customers with a federal agency making millions of monthly payments, small mistakes can spiral into massive headaches. Some customers report spending hours on the phone trying to get the two bureaucracies to work together.

“The process stinks,” said Hardie Steitz of Charlotte, who spent more than 50 hours trying to resolve a problem that remains under appeal. “Insurance companies are run like a business. The Affordable Care Act is run like the government. How do you merge those two philosophies together to get a working relationship?”

The N.C. Department of Insurance can help customers get both groups on the line to hash out issues. But Susan Nestor, director of the department’s Health Insurance Smart NC program, said her staff can’t make it quick and easy. 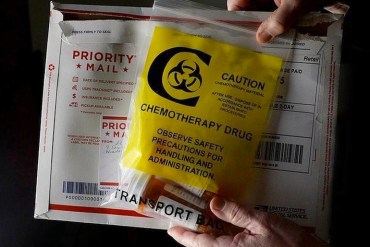 A Massachusetts leukemia patient who switched medications sent Welborn a month’s supply of Gleevec, which costs $9,284 for each month’s supply. (Photo by Diedra Laird/The Charlotte Observer)

“To your consumers who say it takes a lot of time, we’d say, ‘Yeah. That’s exactly what we’ve found,’” she said.

As some customer-service challenges related to the ACA are resolved, new ones emerge. Website failures that nearly torpedoed the system’s start-up in fall 2013 were largely gone a year later when 2015 sign-ups began. But Smart NC saw a spike of calls in September and October, as customers got renewal rates – sometimes with big hikes – and had to decide whether to switch plans.

Now people with subsidized insurance are filing 2014 tax returns, which can bring surprises about how much they owe. Meanwhile, people who remain uninsured and are hit with a 2014 tax penalty might qualify for one more chance to enroll this spring.

Thirteen years ago, Welborn was diagnosed with chronic myeloid leukemia, a cancer of the blood. Her doctor put her on Gleevec, a pill that has greatly extended survival. But that victory comes at a cost: Welborn says the drug runs $9,284 a month, or about $111,400 a year, almost double what she paid initially.

Gleevec has become emblematic of one of the biggest challenges of controlling health care costs. High-priced specialty drugs accounted for about 1 percent of all prescriptions in 2013 but more than 25 percent of pharmacy spending. Costs keep rising, even as new drugs come online.

For years, Welborn, a writer who now works grading exams, got coverage on her husband’s insurance. But she’s divorced now, so she was thrilled when she went to the ACA exchange in 2014 and got a $764-a-month policy from Blue Cross and Blue Shield of North Carolina. She paid $327, with the federal government making up the difference. By year’s end she had paid about $9,000 out of pocket for all her medical costs. She thought that was a good deal.

Greg Stephens, executive director of the Birmingham-based National CML Society, agrees. “For most patients we’re still having substantial co-pays – $2,000, $3,000 a month,” he said. While the ACA mandates prescription drug coverage, he said, each policy has its own complexities.

“Some days,” Stephens said, “I’m just as confused as the first day this came out.”

Last November, Welborn called the federal exchange to update her income for calculating her 2015 subsidy. Her monthly payment rose to $493 and her out-of-pocket costs went up.

But Welborn was still so grateful she wrote the president a thank-you letter.

Her January bill from Blue Cross was for the full premium, $907. Welborn paid her share and sent the company a note saying the government should be covering the rest. When she tried to fill her February prescription, she says, the mail-order company said her policy had been canceled.

Welborn began calling the exchange and Blue Cross. By Feb. 20, she said she had spoken to six ACA customer representatives, two supervisors, a specialized caseworker and the federal government’s Advanced Resource Center. At Blue Cross she had been through three customer reps, two supervisors and the vice president of customer service.

And she wasn’t getting answers. The insurance company said the problem came from the federal exchange. The government staff kept saying things like, “The computer won’t let me fix the problem.”

Welborn’s policy was restored after the Observer contacted Blue Cross and the U.S. Department of Health and Human Services.

A federal spokeswoman said she couldn’t discuss Welborn’s situation but assured a reporter it was being straightened out. Shortly afterward, Blue Cross told Welborn her subsidy and her policy had been reinstated.

Blue Cross spokeswoman Ryan Vulcan said last week that the federal marketplace sent two files on Welborn, one with a subsidy and one without. The second submission overrode the first, Vulcan said, so when the marketplace sent a cancellation, apparently trying to eliminate the duplication, the company dropped the only policy it still had on file.

Vulcan says Blue Cross should have sent a cancellation letter, but Welborn says she never got one.

There was also a new twist: Blue Cross said in reviewing Welborn’s records, the company discovered she had missed a payment in 2014. Welborn disagrees, and she says she’s baffled by the series of bills she has gotten.

Welborn says she’s through wrangling. She will become eligible for Medicare when she turns 65 in May, and she plans to wait it out.

Early in her struggle, Welborn told her story in an online forum for people with her disease. A woman in Massachusetts who had just switched medications sent her a month’s supply of Gleevec.

Welborn is using that to tide her over, and hopes to get another month’s supply from the manufacturer’s assistance program for the uninsured.

“Sometimes you’ve got to acknowledge defeat,” she said. “Sometimes things are too big.”