Izzy Benasso was playing a casual game of tennis with her father on a summer Saturday when she felt her knee pop. She had torn a meniscus, one of the friction-reducing pads in the knee, locking it in place at a 45-degree angle.

Although she suspected she had torn something, the 21-year-old senior at the University of Colorado in Boulder had to endure an anxious weekend in July 2019 until she could get an MRI that Monday.

“It was kind of emotional for her,” said her father, Steve Benasso. “Just sitting there thinking about all the things she wasn’t going to be able to do.”

At the UCHealth Steadman Hawkins Clinic Denver, the MRI confirmed the tear, and she was scheduled for surgery on Thursday. Her father, who works in human resources, told her exactly what to ask the clinic regarding her insurance coverage.

Steve had double-checked that the hospital; the surgeon, Dr. James Genuario; and Genuario’s clinic were in her Cigna health plan’s network.

“We were pretty conscious going into it,” he said.

“I had already gotten a ski pass at that point,” she said. “So that was depressing.” But she was heartened to hear that with time and rehab she would get back to her active lifestyle.

Then the letter arrived, portending of bills to come. 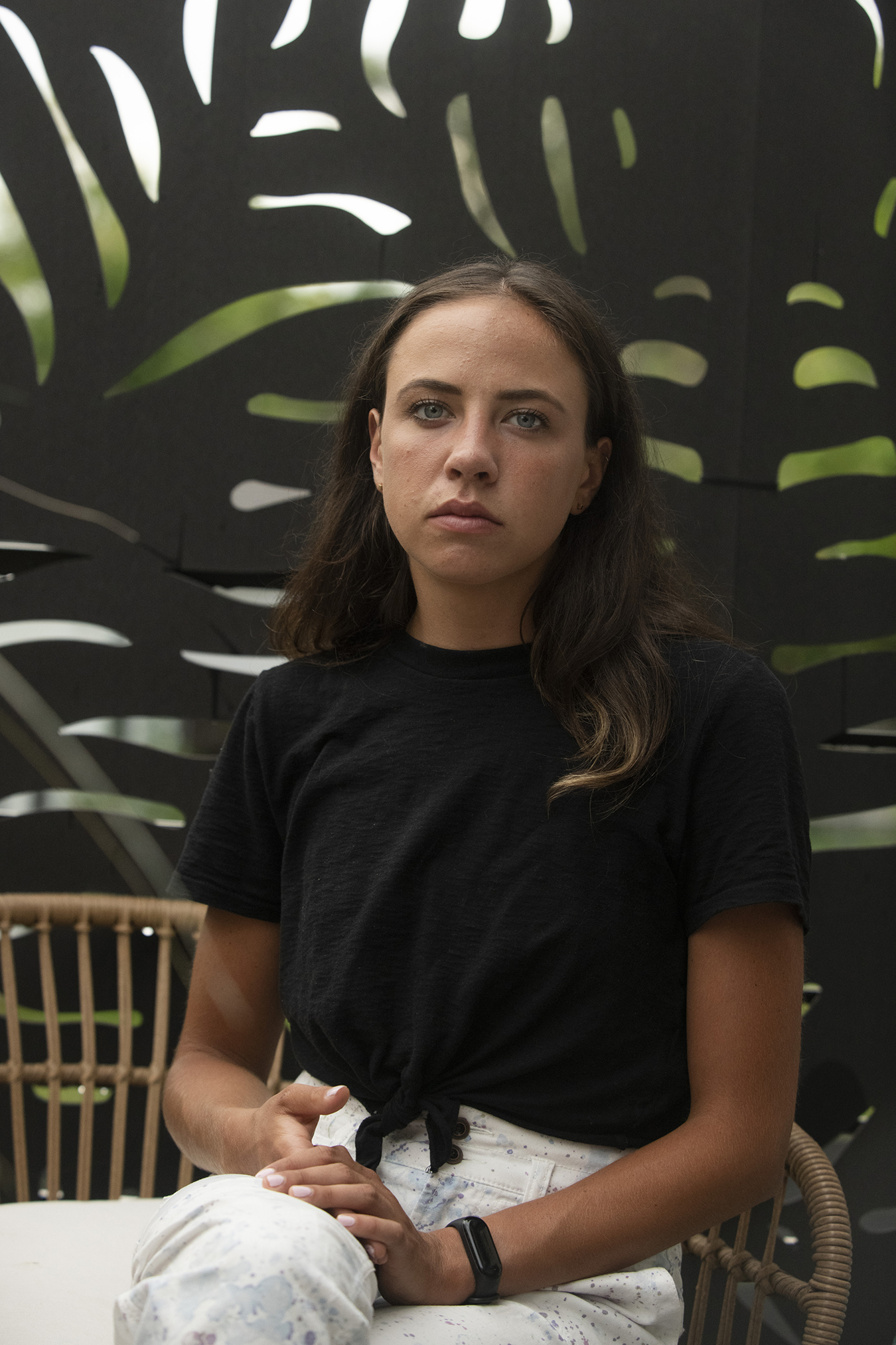 College student Izzy Benasso tore a meniscus in her knee while playing tennis with her father a year ago. The charges for her subsequent outpatient knee surgery totaled $96,377.(Rachel Woolf for KHN)

The Total Bill: $96,377 for the surgery was billed by the hospital, Sky Ridge Medical Center in Lone Tree, Colorado, part of HealthONE, a division of the for-profit hospital chain HCA. It accepted a $3,216.60 payment from the insurance company, as well as $357.40 from the Benassos, as payment in full. The surgical assistant billed separately for $1,167.

Service Provider: Eric Griffith, a surgical assistant who works as an independent contractor.

What Gives: The Benassos had stumbled into a growing trend in health care: third-party surgical assistants who aren’t part of a hospital staff or a surgeon’s practice. They tend to stay out-of-network with health plans, either accepting what a health plan will pay them or billing the patient directly. That, in turn, is leading to many surprise bills.

Even before any other medical bills showed up, Izzy received a notice from someone whose name she didn’t recognize.

“I’m writing this letter as a courtesy to remind you of my presence during your surgery,” the letter read.

It came from Eric Griffith, a Denver-based surgical assistant. He went on to write that he had submitted a claim to her health plan requesting payment for his services, but that it was too early to know whether the plan would cover his fee. It didn’t talk dollars and cents.

Steve Benasso said he was perplexed by the letter’s meaning, adding: “We had never read or heard of anything like that before.”

Surgical assistants serve as an extra set of hands for surgeons, allowing them to concentrate on the technical aspects of the surgery. Oftentimes other surgeons or physician assistants — or, in teaching hospitals, medical residents or surgical fellows — fill that role at no extra charge. But some doctors rely on certified surgical assistants, who generally have an undergraduate science degree, complete a 12- to 24-month training program, and then pass a certification exam.

Surgeons generally decide when they need surgical assistants, although the Centers for Medicare & Medicaid Services maintains lists of procedures for which a surgical assistant can and cannot bill. Meniscus repair is on the list of allowed procedures.

A Sky Ridge spokesperson said that it is the responsibility of the surgeon to preauthorize the use and payment of a surgical assistant during outpatient surgery, and that HealthOne hospitals do not hire surgical assistants. Neither the assistant nor the surgeon works directly for the hospital. UC School of Medicine, the surgeon’s employer, declined requests for comment from Genuario. 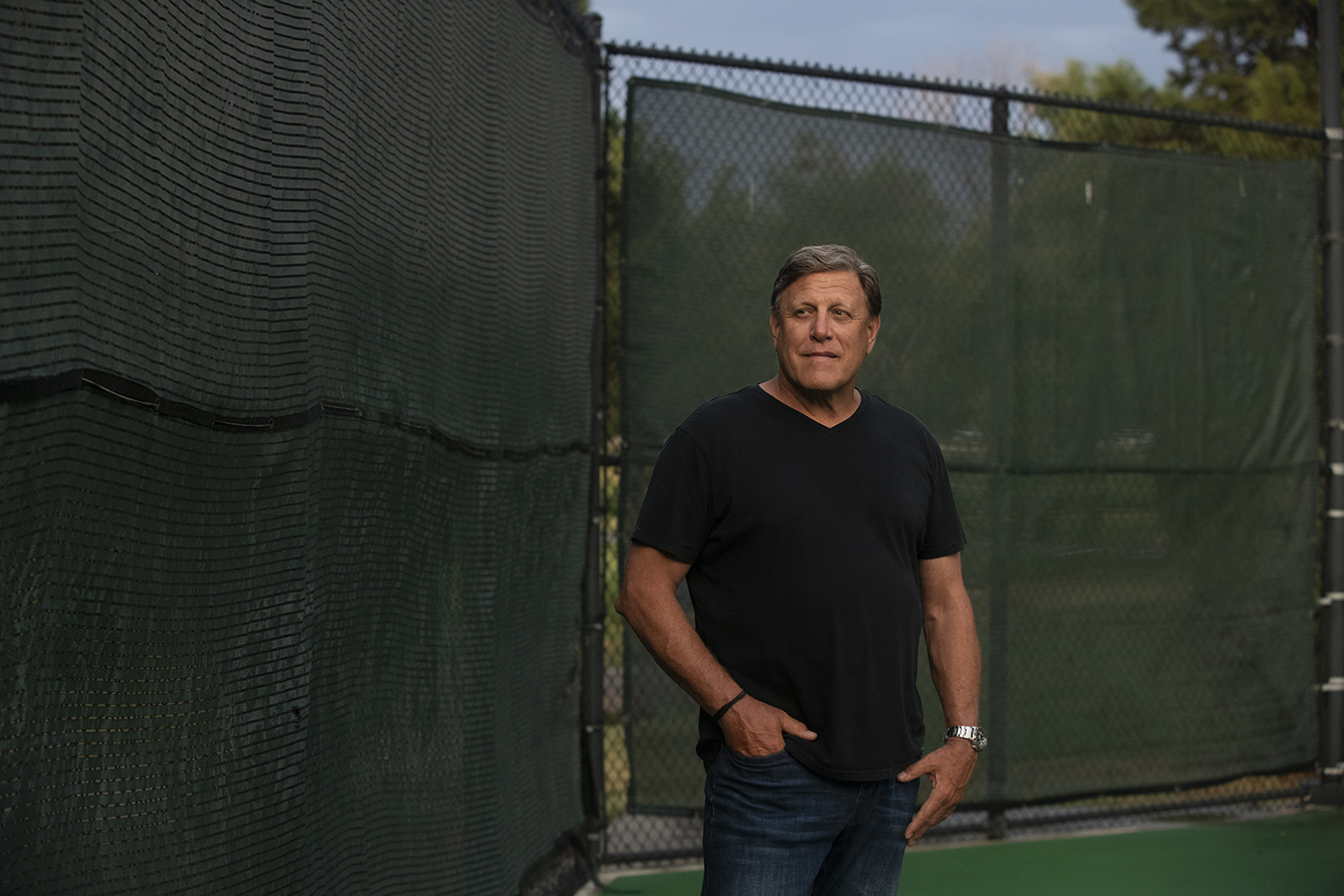 Steve Benasso says he was perplexed after receiving a letter from the surgical assistant who was in the operating room during daughter Izzy Benasso’s knee surgery. The letter, from Eric Griffith, a Denver-based surgical assistant, stated it was “a courtesy to remind you of my presence” during Izzy’s surgery. “We had never read or heard of anything like that before,” Steve says.(Rachel Woolf for KHN)

Karen Ludwig, executive director of the Association of Surgical Assistants, estimates that 75% of certified surgical assistants are employed by hospitals, while the rest are independent contractors or work for surgical assistant groups.

“We’re seeing more of the third parties,” said Dr. Karan Chhabra, a surgeon and health policy researcher at the University of Michigan Medical School. “This is an emerging area of business.”

And it can be lucrative: Some of the larger surgical assistant companies are backed by private equity investment. Private equity firms often target segments of the health care system where patients have little choice in who provides their care. Indeed, under anesthesia for surgery, patients are often unaware the assistants are in the operating room. The private equity business models include keeping such helpers out-of-network so they can bill patients for larger amounts than they could negotiate from insurance companies.

Surgical assistants counter that many insurance plans are unwilling to contract with them.

Chhabra and his colleagues at the University of Michigan recently found that 1 in 5 privately insured patients undergoing surgery by in-network doctors at in-network facilities still receive a surprise out-of-network bill. Of those, 37% are from surgical assistants, tied with anesthesiologists as the most frequent offenders. The researchers found 13% of arthroscopic meniscal repairs resulted in surprise bills, at an average of $1,591 per bill.

Colorado has surprise billing protections for consumers like the Benassos who have state-regulated health plans. But state protections don’t apply to the 61% of American workers who have self-funded employer plans. Colorado Consumer Health Initiative, which helps consumers dispute surprise bills, has seen a lot of cases involving surgical assistants, said Adam Fox, director of strategic engagement. 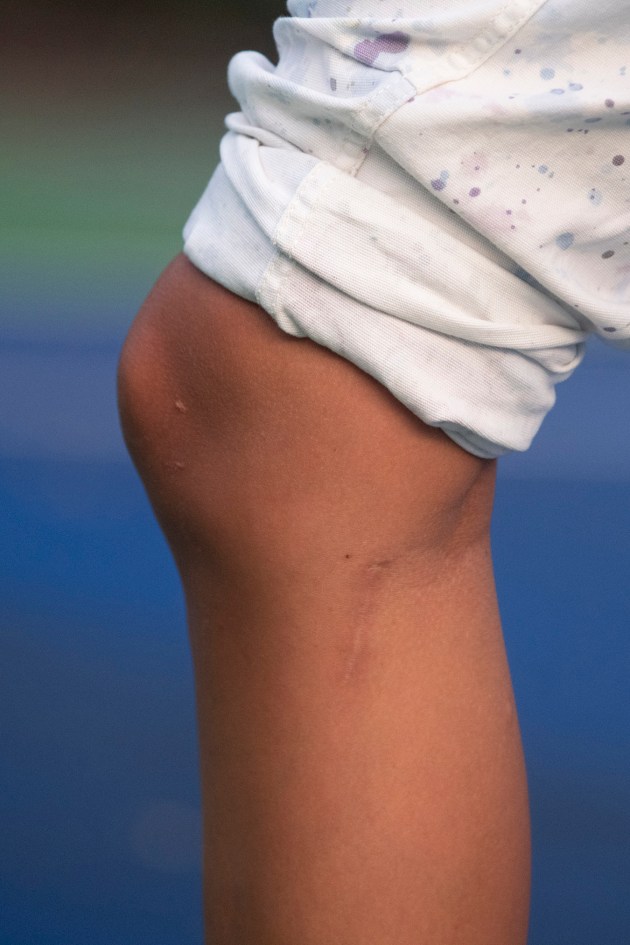 Izzy Benasso shows her scar from the surgery she had to repair a torn meniscus.(Rachel Woolf for KHN)

Resolution: Initially, the Benassos ignored the missive. Izzy didn’t recall meeting Griffith or being told a surgical assistant would be involved in her case.

But a month and a half later, when Steve logged on to check his daughter’s explanation of benefits, he saw that Griffith had billed the plan for $1,167. Cigna had not paid any of it.

Realizing then that the assistant was likely out-of-network, Steve sent him a letter saying “we had no intention of paying.”

Griffith declined to comment on the specifics of the Benasso case but said he sends letters to every patient so no one is surprised when he submits a claim.

“With all the different people talking to you in pre-op, and the stress of surgery, even if we do meet, they may forget who I was or that I was even there,” he said. “So the intention of the letter is just to say, ‘Hey, I was part of your surgery.’”

After KHN inquired, Cigna officials reviewed the case and Genuario’s operative report, determined that the services of an assistant surgeon were appropriate for the procedure and approved Griffith’s claim. Because Griffith was an out-of-network provider, Cigna applied his fee to Benasso’s $2,000 outpatient deductible. The Benassos have not received a bill for that fee.

Griffith says insurers often require more information before determining whether to pay for a surgical assistant’s services. If the plan pays anything, he accepts that as payment in full. If the plan pays nothing, Griffith usually bills the patient.

The Takeaway: As hospitals across the country restart elective surgeries, patients should be aware of this common pitfall.

Chhabra said patients should ask their surgeons before surgery whether an assistant will be involved and whether that assistant is in-network.

“There are definitely situations where you need another set of hands to make sure the patient gets the best care possible,” he said. But “having a third party that is intentionally out-of-network or having a colleague who’s a surgeon who’s out-of-network, those are the situations that don’t really make a lot of financial or ethical sense.”

Ever Heard of a Surgical Assistant? Meet a New Boost to Your Medical Bills