Many executives have long enjoyed perks like free health care and better health benefits for themselves and their families. But under a little noticed anti-discrimination provision in the federal health law, such advantages could soon trigger fines of up to $500,000. 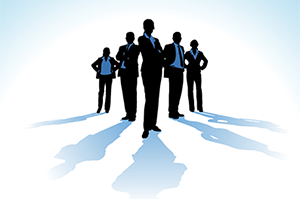 Employers “should be more concerned about this than anything else” in the law, because many are in violation and the penalties can be stiff, says Jay Starkman, chief executive of Engage PEO in St. Petersburg, Fla., which offers human resources services and advises clients on the health law.

The provision says that employers who offer more generous benefits to highly paid workers could face fines of $100 a day for every worker who doesn’t get the perks, up to $500,000.

It applies to employers who buy benefit packages for their firms from insurers. Those who self-fund their coverage, who tend to be larger firms, already face similar restrictions under Internal Revenue Service rules which pre-date the law.

To make sure his own small company complies with the law, Starkman began paying $600 in premiums toward his family’s coverage last month, putting him on an even playing field with his 60 employees.

He says the rule makes sense, noting that executives are likely to get little sympathy from the public.

“The right way to handle it is to have the same benefits for everyone,” he says, noting that firms can increase wages to managers or executives to cover their additional costs.

But business owner Steve Diddams worries that complying with the provision could erase his profits.

Diddams, owner of seven Diddams Party & Toy retail stores in California, has about 100 employees, most of whom are paid hourly and who don’t get health insurance.  But because he offers about 20 managerial workers HMO coverage, he might fall afoul of the discrimination rule. He could also be subject to a $2,000 per worker penalty for not offering coverage to his hourly employees, although lawyers say they’re not sure he would face fines for both.

Raising his prices to cover the cost of expanded health coverage really isn’t an option. “Our customers are moms with kids, and it comes to a point where they are not going to pay $2 for a balloon,” Diddams says.

The anti-discrimination provision is technically in effect now, but the IRS says it will not impose penalties until it completes regulations and issues guidance about how the provision will be enforced.

Employers are likely to have until 2015 to figure out whether they comply, says Terry Dailey, a partner at Mercer, a benefit consulting firm.

The IRS rule offers guidelines explaining who is a highly paid employee, and says a plan discriminates if it favors such workers in terms of eligibility or benefits.

Those penalties “fall especially hard on the small business population,” and may encourage some small firms to switch to self-funding their medical coverage, says the Small Business Coalition for Affordable Healthcare, which represents firms involved in agriculture, food service and retail, in comments submitted to the IRS.

In seeking comments, the IRS asked employers and others how to define “benefits.” Do they include, for example, not just the coverage provided, but how much employees pay toward those costs? Some firms, for example, charge executives less than other employees – or nothing at all – toward coverage. Would that count as being discriminatory?

Some groups don’t think so, and are urging the IRS to exclude the employee contributions from its calculations. Benefits are “limited to only those goods and services that are payable by the plan,” says the American Benefits Council, a trade association for employers.

The U.S. Chamber of Commerce, saying the older IRS rules that the federal law builds upon are unclear, rarely enforced and “unworkable,” wants the agency to replace them entirely rather than issuing rules “similar” to them.

Mercer’s Dailey says there are no good national statistics on how many employer plans might be considered discriminatory under the law.

Any fully insured plan that existed before the health law, and which has not been significantly changed is “grandfathered” and therefore exempt.

“We don’t see … [discriminatory policies] every day, but it’s not infrequent,” he says. “There will be many employers who will need to look at their plan designs and potentially make changes.