Family medicine doctors are joining forces to win a bigger role in health care – and be paid for it.

Eight family-physician-related groups, including the American Academy of Family Physicians, have formed Family Medicine for America’s Health, a coalition to sweeten the public perception of what they do and advance their interests through state and federal policies.

The launch of their five-year, $20 million campaign Thursday comes at a critical time for primary-care doctors. Thanks to the health law, millions more people can seek care with newly gained insurance.  But there’s growing debate about whether nurse practitioners and physician assistants should provide a lot more basic care, either on their own or as part of clinics sponsored by pharmacies or other businesses. Some major doctor groups have challenged the ability of lesser-trained medical professionals to independently treat patients. 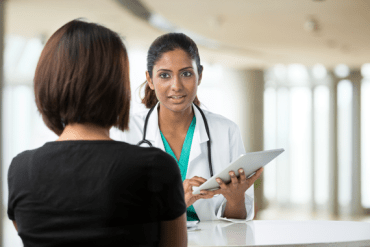 Glen Stream, chairman of the new coalition, said that it plans to focus on:

– Paying primary-care doctors for more than just office visits, including the time they spend making referrals to specialists, checking in with patients about treatment regimens, being available 24/7 and calling and emailing patients. Specialty doctors generally are paid more for their time and for procedures they do.

– Getting doctors to switch to a team-based, patient-centered “medical home” format, with a payment structure that reflects the work that goes into coordinating care for a patient.

– Persuading private and public employers with health plans to lean on insurers to increase compensation for primary care services.

“If we don’t spend enough on primary care, outcomes in the future will suffer because much of the chronic diseases that drive spending are preventable,” said Stream, a family physician and former president of the American Academy of Family Physicians. He added that larger employers could negotiate higher payment rates for primary care when picking an insurance company.

While the campaign is touted as helping patients, it’s also about asserting that family doctors are important.

“It’s always a question of what motivates groups to do these kind of campaigns — is it looking out for patients or your own interests, and generally it’s a combination of both,” said Atul Grover, chief public policy officer at the Association of American Medical Colleges.

In September, the American Academy of Family Physicians announced recommendations on medical school funding, saying teaching hospitals should provide more primary care training as a condition of continuing federal funding at the same level. But Grover said the kind of training medical students receive doesn’t drive what type of doctor they become. The reimbursement system – which typically pays specialists at higher rates – is more important.

Grover also said that while primary care is important, taking funding away from specialty training isn’t necessarily a solution because an aging population will need more specialty care.