Wisconsin Republican Paul Ryan, GOP presidential hopeful Mitt Romney’s choice for vice president, has provoked consternation from Democrats and anxiety among some congressional Republicans with his proposals to reshape Medicare. 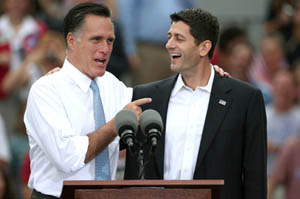 The Republican-controlled House, along party lines, twice approved his proposals to overhaul the popular social insurance program for the elderly and disabled by giving beneficiaries a set amount of money every year to buy coverage from competing health plans. That is a fundamental shift from today’s program, where the federal government must help pay for every doctor visit and medical service that an individual uses.

The proposals were never enacted because of opposition from the Democratic-controlled Senate and President Barack Obama.

This year, Democratic congressional candidates nationwide are making the protection of traditional Medicare a centerpiece of their campaigns, just as Republicans attacked them two years ago for curbing future Medicare spending as part of the 2010 health care law. Now, Democrats are hammering their GOP opponents for voting for Ryan’s proposals.

Here is a guide to some of the issues and questions raised by Ryan’s plan.

Ryan would gradually raise the eligibility age of Medicare from 65 to 67 by 2034, and cap its spending increases at half a percentage point higher than the growth rate of the economy, or the gross domestic product. Ryan’s plan would also change the program for future beneficiaries, those who are currently under the age of 55. When they qualify for Medicare, the government would provide a set amount of money annually to them to purchase either a private health plan, or the traditional government-administered program.

All plans would include a minimum set of benefits equal to the value of those in the traditional program.

The government payment to individuals would be set at the same level as the full cost for the private plan charging the second lowest premium or the premium set by the government for traditional Medicare, whichever is lower. Beneficiaries would have to pay the difference in premium costs if they chose a plan that set rates higher. Beneficiaries who chose the lower cost option would get a rebate for the difference.

Critics’ concern is that costs would rise faster than the size of the annual subsidy, shifting more of the burden onto seniors over time. But Ryan argues that competition among private insurers would spur greater efficiency that would keep costs down.

Q. So seniors could stay in the traditional, government-run Medicare program if they like?

Ryan says that is the case, but Democrats and some critics argue that the plan would so fundamentally alter Medicare that it might no longer be a desirable – or affordable — option. They argue that those with health problems are more likely to choose traditional Medicare  as they do now, in part so they can keep their current doctors.  And since the sick tend to use more health care services than healthy people, that would drive up premiums and spur healthier people to choose less expensive, private plans.

“The real question is what it would cost,” and whether seniors would pay more out of pocket than they do now, said Jonathan Gruber, an economist at the Massachusetts Institute of Technology. Besides the government-run plan  attracting the sickest people, he predicted private plans would lure the healthiest with perks like gym memberships and vision plans. Higher numbers of medical providers could abandon the program if Medicare cut their reimbursement rates to curb costs, he added.

Q. Would the changes apply to current seniors?

Ryan’s plan would apply only to those under age 55. Current Medicare beneficiaries and those nearing eligibility would continue to get Medicare as it exists today.

The Congressional Budget Office estimated that Ryan’s original proposal for 2012 would require a typical 65-year-old person to pay a lot more for Medicare by 2030. His latest plan is missing key details, however, so the CBO has been limited in its analysis of the impact.

Although Ryan would give future seniors the option of remaining in the traditional, government-run Medicare program, that program would have to compete with private plans.

Q. Ryan’s most recent plan is similar to one he co-authored with a Democrat last year. Does that mean it has bipartisan support?

No. Sen. Ron Wyden, D-Ore., did not endorse Ryan’s Medicare plan in the last House budget resolution. It is similar to a plan that the two wrote together last year, but there is an important difference. The limit on federal spending per beneficiary was not as strict in the plan they wrote together: The two had placed the cap at GDP growth rate plus 1 percent. Also, no other Democrat supported their 2011 proposal.

Q. How do Ryan’s proposals compare to Democratic plans?

President Obama and many Democrats have said they agree the federal government needs to restrain the growth of Medicare spending, but they seek to do it without making direct cuts to benefits. Democrats want to preserve the program’s defined benefit basis, meaning that the government will pay whatever it takes to cover a specified set of services. During budget deficit reduction negotiations in Washington, Obama proposed holding Medicare spending to half a percentage point higher than the growth rate of the economy. Ryan later adopted the same cap.

The Democrats’ health law tackles Medicare spending growth, in part, by creating an expert panel, called the Independent Payment Advisory Board (IPAB), which would be responsible for finding ways to reduce spending if Medicare grows at a higher rate than the target. But the board is not allowed to recommend anything that would ration care or that would change benefits, eligibility or cost sharing for Part A (hospital services) or Part B (physician services). It also couldn’t do anything to change the percentage of premium that seniors pay for prescription drug coverage, or the subsidies that low-income individuals get. The expectation is that reductions would come from medical providers, although hospitals are protected at first.

The panel’s future may be in question, however, as Republicans – and some Democrats – have sought to kill it, arguing unelected officials would have too much control over Medicare and might ration care despite the prohibition. Obama has yet to nominate the panel’s 15 members, who must be confirmed by the Senate.

Some health care analysts also argue that reducing payments to medical providers could lead them to stop accepting new Medicare patients. Richard Foster, Medicare’s chief actuary, warned in the 2012 Medicare trustees’ report that the health law will eventually lower payments to medical providers so much that “Congress would have to intervene to prevent the withdrawal of providers from the Medicare market and the severe problems with beneficiary access to care that would result.”

Q. If both Obama and Ryan are proposing a target rate of GDP growth plus half a percentage point for Medicare, wouldn’t federal spending be the same under both scenarios?

There are important differences. Ryan’s plan is a hard cap on federal spending. He would automatically lower Medicare spending so that it is below the trigger level.

Obama is proposing a target that might not bring federal spending down to that level. If federal spending per Medicare beneficiary rises faster than GDP plus a half percent – a determination made by the Medicare actuary – then the expert panel must recommend cuts to Congress, which would go into effect unless lawmakers passed an alternative cost-cutting plan. The cuts would come as a percent reduction in Medicare spending, and wouldn’t necessarily be sufficient to meet the target.

Q. Republicans have claimed Democrats cut $500 billion from Medicare to finance the health law. How does the Ryan plan address that?

The Ryan plan calls for those same reductions even though it would repeal the health law. In the health law, those reductions, over a 10-year period, mostly affect hospitals, health insurers, home health, and other providers who supported the health care measure because it extended coverage to 30 million uninsured Americans, raising the number of paying customers. The law also significantly reduced payments to private Medicare health plans.

The CBO has updated the estimate of reductions from future Medicare spending to about $700 billion.