The agents notified the store owners that importing drugs from foreign countries is illegal and that those helping to “administer” such medicines could face fines or jail time.

None of the stores has closed, but their owners are scared the Trump administration has reversed a long-standing “non-enforcement” policy against the stores. Some of them have been open for nearly 15 years.

“It worries me,” said Bill Hepscher, co-owner of Canadian MedStore, which owns six of the nine storefronts visited by the FDA in late October. His stores are in the Tampa Bay and Orlando areas.

FDA spokeswoman Lyndsay Meyer would not confirm or deny that any investigation was occurring. Nor would she answer whether the FDA has changed its policy.

“The FDA is concerned about the safety risks associated with the importation of unapproved prescription drugs from foreign countries,” she said. “Drug products that come from unknown or foreign sources may be unregulated or subject to less oversight than U.S. requirements. These unknowns put patients’ health at risk.” 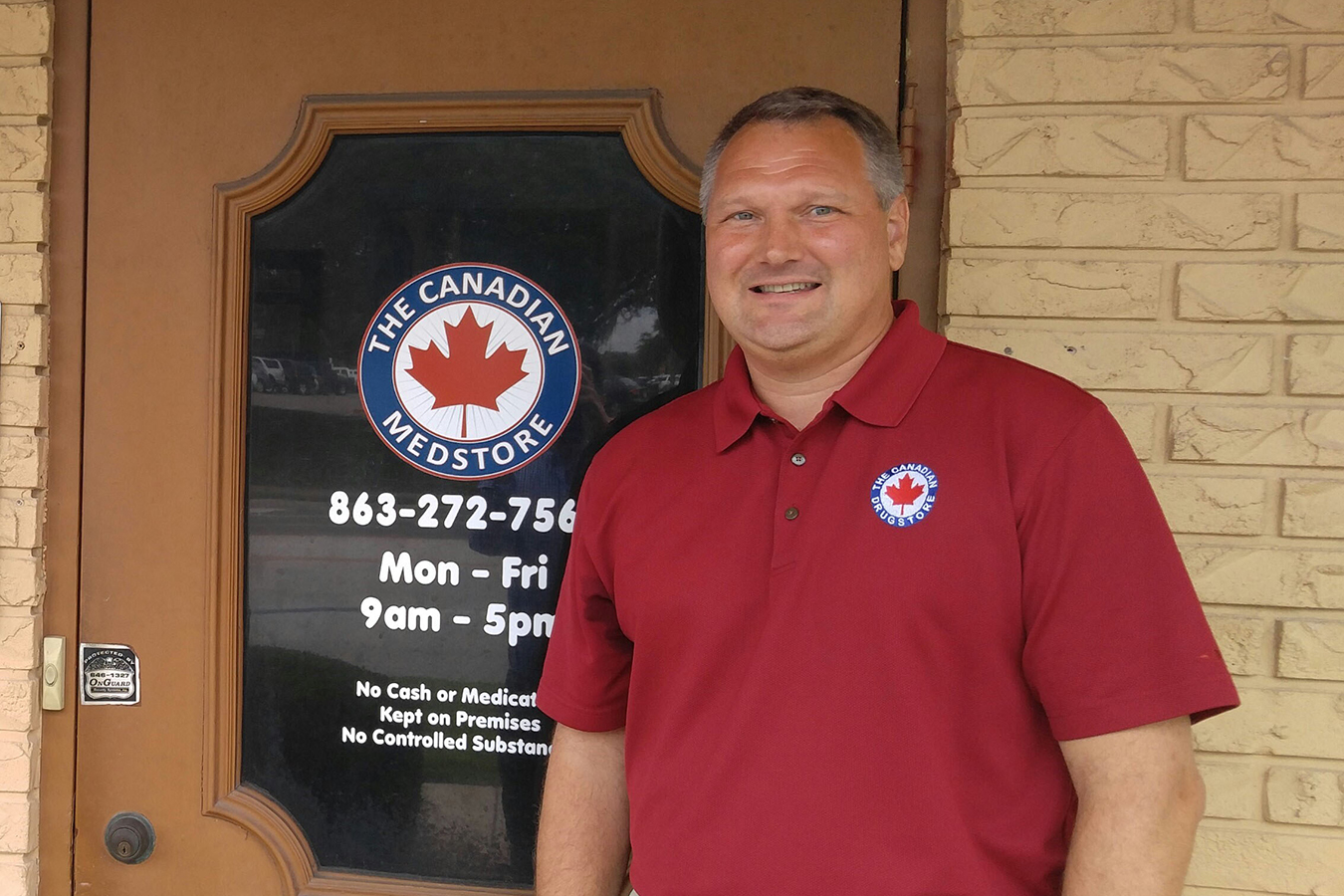 Bill Hepscher, co-owner of the Canadian MedStore, outside his Lakeland, Fla., location. Six of the nine stores that federal agents searched last month are owned by Canadian MedStore. (Phil Galewitz/KHN)

Hepscher said the search warrants were for computers, paperwork pertaining to sales of foreign drugs and any drugs themselves. The agents did not remove computers, he said, but they appeared to make copies of files. They also took customers’ paper files and the stores’ financial and bank records.

The storefronts primarily serve seniors who prefer in-person assistance with buying medicines from Canada and other countries, rather than using an internet site. Hepscher said his stores help about 10,000 people a year, and he estimates Florida has about 20 such storefronts.

That’s just a small fraction of the 2 percent of American adults who say they buy drugs from outside the United States — either over the internet or during travels to Canada or overseas.

The Florida stores do not dispense any drugs. Instead, pharmacies in Canada and other countries send the medicine directly to customers’ homes. Consumers need a valid prescription before they can place an order.

Hepscher said he and most other storefronts use only foreign pharmacies certified by the nonprofit company pharmacychecker.com or the Canadian International Pharmacy Association, which verifies the pharmacies as safe. The drugs from foreign pharmacies often are made in the same manufacturing plants around the world as drugs sold in U.S. pharmacies.

Hepscher said he doesn’t know what prompted the FDA action. He refused to sign a letter the FDA agents left with him acknowledging that he was aware the reimportation practice is illegal.

“We’ve been doing this for 15 years and we are not hiding anything,” he said. “We are not in the shadows.”

Hepscher said he found the timing interesting since President Donald Trump has been promising to help lower the price of drugs for Americans.

Roger Bate, a health economist with the American Enterprise Institute, a conservative think tank, said the crackdown on storefronts could have serious consequences for their customers.

“It’s a shame because this will drive people who are not competent using the Internet to buy from rogue websites,” Bate said.

The idea of allowing Americans to buy drugs from Canada has been pushed by some Republicans and Democrats for years. But it has been bitterly opposed by the pharmaceutical industry, which has cited safety concerns that the drugs might not meet U.S. standards.

Update: This story was updated on Nov. 20 to remove a quote from a recent speech by FDA Commissioner Scott Gottlieb. His comments were a reference to stopping opioids from coming across the border, not all prescription drugs.