Open enrollment season begins Monday for the approximately eight million federal workers and their dependents who receive health care coverage through the Federal Employees Health Benefits Program or FEHB. The 2010 health law calls for some changes in that coverage. Below are some frequently asked questions and answers about how the measure will impact federal workers’ health insurance.

Q: I work at a federal agency and am enrolled in FEHB. Does the Affordable Care Act require me to purchase health insurance on the law’s new online marketplaces, known as exchanges?

A: No, you do not have to buy coverage on the marketplace. You can stay with FEHB. But if you want to shop for a health plan on the exchange, you will not qualify for a subsidy because the federal government pays up to 75 percent of the cost of your FEHB coverage. 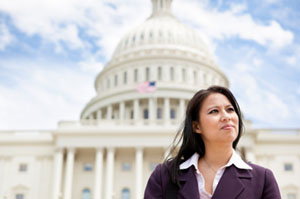 Q: I work on Capitol Hill. Do I have to purchase coverage through the exchanges?

A: Yes. A provision of the health law, originally authored by  Sen. Charles Grassley, R-Iowa, requires that, if you are a member of Congress  or work on a lawmaker’s personal staff, you must obtain your health coverage through the online insurance marketplace. And, according to a recent ruling from the Office of Personnel Management, or OPM, whether or not you are employed in the D.C. Metro area,  you must purchase coverage on the District of Columbia small business exchange.

“Given the location of Congress in the District of Columbia, OPM has determined that the D.C. SHOP (Small Business Health Options Program) … administered by the DC Health Benefit Exchange Authority, is the appropriate SHOP from which members of Congress and designed congressional staff will purchase health insurance in order to receive a government contribution,” the rule states.

For the 2014 plan year, members of Congress and their designated staffs must pick from options in the DC SHOP’s “gold” level of coverage, according to OPM. The enrollment period coincides with FEHB open season, which runs from Nov. 11 to Dec. 9. Coverage will be effective Jan. 1, 2014. The DC SHOP offers several health plans with nationwide coverage.

A member of Congress or a designated staff member could decline the contribution if they wish.

Since some Capitol Hill staffers split their time between working on a committee staff and a member’s personal staff, OPM asked lawmakers to decide by October 31 which aides are designated as personal staff.

Q: I work on a lawmaker’s personal staff but am eligible for and am considering retirement. How will the timing of my retirement affect my health insurance coverage?

Q: I’ve heard about some legislative proposals that would repeal the current federal subsidy for lawmakers and other public officials.  What are those proposals?

A: During the recent debate over how to end the federal government shutdown and raise the debt ceiling, Sen. David Vitter, R-La., pushed a measure that would have required members of Congress, their staffs, the president and vice president, and political appointees to purchase coverage on the exchange without the federal government subsidy. Vitter has said he will continue to push for the amendment. And he has a separate bill that would require members of Congress to make public which staff members they have exempted from the exchanges.

Rep. Shelley Moore Capito, R-W.Va., proposed similar  legislation in the House, but her bill would not take away the federal contribution for Capitol Hill staff.