What do agriculture, transportation and justice have to do with childhood asthma? More than you think. 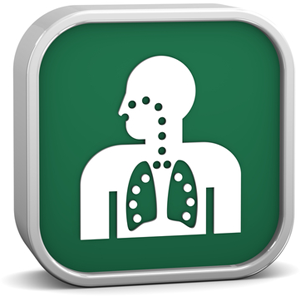 Federal public health officials today announced a new inter-agency task force designed to eliminate the racial and ethnic gap among children suffering from asthma. The Departments of Agriculture, Justice and Transportation — as well as the Environmental Protection Agency and the Department of Health and Human Services — are teaming up to combat the respiratory disease in minority communities.

The task force’s purpose is to pool the knowledge and resources of these various federal entities to ultimately lower asthma’s sizeable public health costs. The Centers for Disease Control and Prevention estimates the total cost of asthma to the public, in both medical costs and lost school and work days, is $56 billion a year.

In a speech rolling out the task force, HHS Secretary Kathleen Sebelius said this collaborative approach is necessary to combat an illness that can be exacerbated by so many different substances: dust, air pollution and tobacco smoke, just to name a few.

“You can get great care for asthma at your doctor’s office, but it won’t do much good if they don’t know how to treat it at your school,” she said. “And you can have a great community health center down the street, but it will be hard to stay healthy if the air in your neighborhood is polluted.”

Sebelius said the numbers on asthma in the U.S. are improving for the overall population. While the percentage of all Americans diagnosed with asthma has almost tripled since 1980, CDC data show the rate of asthma attacks has been holding steady.

“It’s caused by genetic makeup, it’s caused by environmental triggers, it’s caused by a lack of quality health care,” said Angel Waldron, a spokesperson with the Asthma and Allergy Foundation of America. “We can’t do anything about genetics, but we can be aware. If a doctor knows both [of a patient’s] parents had asthma, you need to be tested immediately. But if you’re not insured, things like that can be overlooked.”

African-American children are particularly at risk for contracting asthma. According to a CDC survey, they’re more than twice as likely to be diagnosed with the respiratory disease than white children.

Children in Puerto Rico are also much more prone to the disease. Their asthma rate there is more than twice as high as the rate for Hispanic children as a whole.