The fiscal cliff deal, approved by Congress on New Year’s Day, eliminates most of the more than $1.4 billion in remaining funding from the federal health law for new nonprofit, customer-owned health plans designed to compete against the major for-profit insurers. 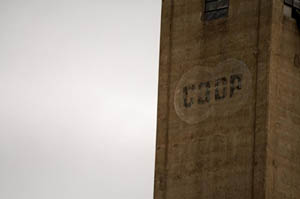 That means the Obama administration won’t be able to approve loans to any additional co-ops. In the past two years, the Department of Health and Human Services has awarded nearly $2 billion in loans to 24 proposed state co-ops. Those loans won’t be affected by the cut.

“We were  blindsided by the elimination of funds,” said John Morrison, president of the National Alliance of State Health Cooperatives. “The health insurance industry is getting its way here by torpedoing  co-ops in the 26 remaining states. This is not about budgets; it is about those health insurance giants killing competition at the expense of millions of Americans who will pay higher premiums because of it.”

But some House Republicans have said the co-ops were a way for the administration to reward its political friends. Sponsors of the co-op plans already underway include the Freelancers Union in New York, a farmers’ union in Colorado and the Connecticut State Medical Society.

Critics also have been skeptical the co-ops could compete with more established insurers, such as Aetna and UnitedHealthcare.

“Starting a new health plan is a risky proposition,” said Peter Kongstvedt, a McLean, Va.- based health care consultant. He said consumers already have sufficient choice of plans in most markets and won’t miss having the additional co-ops.

Proponents of the co-ops say such plans could offer lower premiums because they don’t have to generate profits for shareholders. Under the law, co-op plans must apply any surpluses to lowering rates or improving benefits or quality for their members. The co-ops are scheduled to open by next year.

Initially, the health law allocated $6 billion to help co-ops start up and meet state  insurance solvency requirements. In 2011, Congress reduced that funding to $3.4 billion as part of broader budget cuts.

More than two dozen applicants were applying for co-op funding when the money was eliminated, Morrison said. HHS officials did not return calls for comment.

The deal approved Tuesday leaves 10 percent of the remaining co-op funds to cover the administrative costs connected with the 24 plans already launched.