There’s a new question that anti-hunger advocates want doctors and nurses to ask patients: Do you have enough food?

Public health officials say the answer often is “not really.” So clinics and hospitals have begun stocking their own food pantries in recent years.

One of the latest additions is Connectus Health, a federally qualified health clinic in Nashville, Tenn. This month, part of LaShika Taylor’s office transformed into a community cupboard.

“It’s a lot of nonperishables right now, just because we’re just starting out,” she said, but the clinic is working on refrigeration so it can also stock fresh food.

It’s not that patients are starving, Connectus co-director Suzanne Hurley said. It’s that they may have a lot of food one day and none the next. That’s no way to manage a disease like diabetes, she said.

“I can prescribe medications all day, but if they can’t do the other piece — which is a decent diet and just knowing they’re not going to have to miss meals,” she said, “medications have to be managed around all of those things.”

Second Harvest Food Bank of Middle Tennessee, a local food bank, is encouraging more health care providers to consider on-site pantries. The food bank also wants every patient — not just those suspected of being low income — to be asked about their food situation.

“We’re really pushing for universal screening, so you’re not picking who you’re asking that question to. The doctor already asks you really personal questions, and we don’t think twice about it,” said Caroline Pullen, Second Harvest’s nutrition manager. “I think people have always been scared to ask this question because they didn’t really have the resources of where to send them.”

“Food insecurity,” as it’s known, has become a particular concern among seniors. The anti-hunger group Feeding America found that more than 5 million older Americans don’t have enough food to lead a healthy life — a figure that has doubled in the last two decades.

In response, food banks are increasingly meeting seniors where they get their health care. Hospitals from Utah to Massachusetts are sending patients home with food. 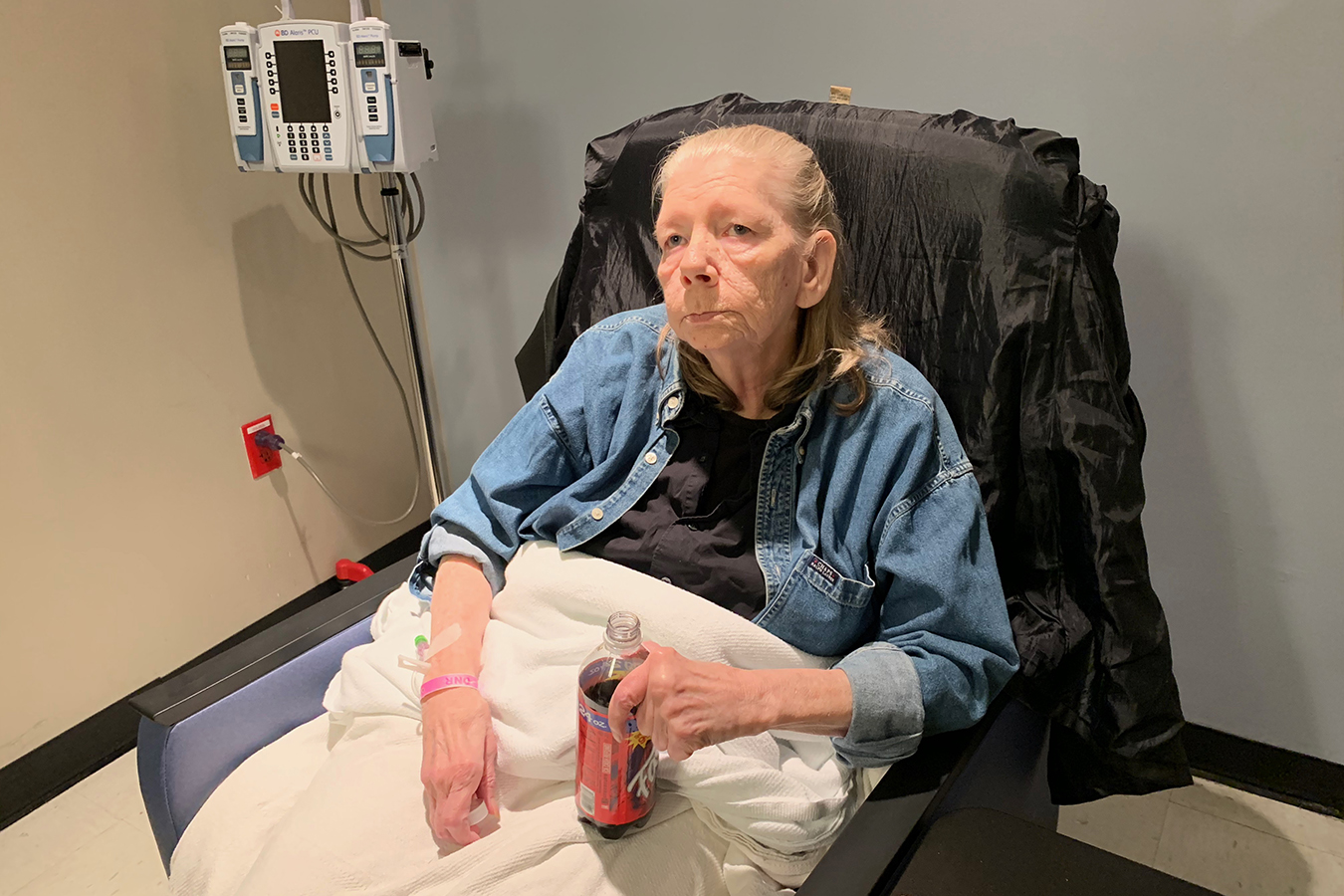 The city-funded hospital started its pantry just for cancer patients in recent years but opened it to all patients this year and received a $100,000 grant in October to fund its expansion.

Organizers call it a “food pharmacy,” following the lead of places like Children’s Hospital of Philadelphia, with patients getting a “prescription” for what to pick up. Some shelves have high-calorie superfoods for cancer patients to keep their weight up. Others have low-sugar staples for people with diabetes and low-sodium items for patients with hypertension.

Vernon Rose, who oversees the Nashville General Hospital Foundation, said no one is surprised to see dozens of patients using the pantry each day.

“Because when you’re in a place like ours, where 40% of the folks can’t even afford their health care, you can imagine the choices they’re making,” she said — such as deciding whether to pay for food, utilities or medicine.

The pantry operates mostly with grant funding. So Rose said the biggest challenge now is keeping it fully stocked with important but more expensive items like fresh produce and spices, which can be used to help patients keep some flavor while reducing salt in their diet.

This story is part of a partnership that includes WPLN, NPR and Kaiser Health News.

‘Food Pharmacies’ In Clinics: When The Diagnosis Is Chronic Hunger