After taking a 10-year break from practicing medicine to raise four sons, Kate Gibson was ready to go back to work.

The family practitioner had been reading about a shortage of primary care doctors and knew she could help. But when Gibson, 51, applied to work at her former hospital near Los Angeles, she was turned away. She’d been out of clinical practice too long.

“I really thought it was not going to be that hard,” she said.

Like many professionals, physicians take time off to raise children, care for sick family members or to recover from their own illnesses. Some want to return from retirement or switch from non-clinical jobs back to seeing patients. But picking up where they left off is more difficult in medicine than in most careers.

In medicine, change occurs quickly. Drugs, devices and surgical techniques that were standard a decade ago may now be obsolete. Or a returning doctor’s skills may simply be rusty.

“My hands feel like those of an intern,” said Molly Carey, 36, an Ivy-League educated doctor who recently enrolled in a Texas retraining program after four years away from patients. 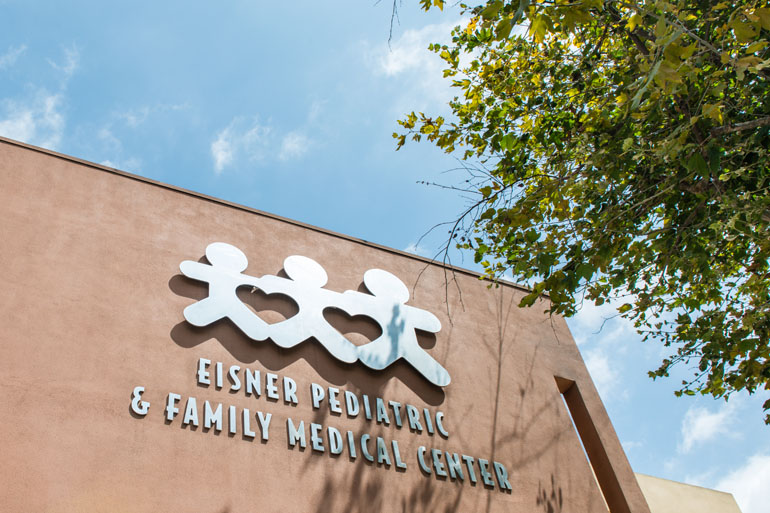 After extended leaves, doctors must convince medical boards to reissue their licenses, hospitals to grant admitting privileges and malpractice insurers to provide coverage. Only a handful of programs around the country are set up to help physicians brush up on their skills, and they can cost doctors thousands of dollars.

“Medical schools do a fantastic job graduating brand new medical students,” said Humayun J. Chaudhry, president of the Federation of State Medical Boards. “But what about people who have already graduated and need to get some retraining? There is a clearly a dearth of those kind of training programs.”

Policymakers and professional organizations are pushing to make the process less burdensome and costly – in part because it may help ease shortages of primary care doctors.

Getting experienced doctors to dust off their white coats is cheaper than starting from scratch, said Robert Steele, director of KSTAR physician programs at Texas A&M Health Science Center. He oversees a mini-residency program at the University of Texas Medical Branch, Galveston, in which returning doctors divide their time between seeing patients and attending classes. The three-month training includes the latest on medications, procedures, disease management and treatments.

“They just need polishing up to practice safely and competently,” Steele said.

Patient safety advocates argue that minimum standards should be set to ensure that doctors coming back after a hiatus are providing the best care possible. As it stands, no nationwide standards or requirements exist, and states have different requirements.

“Patients would like to think that any doctor who is seeing them or doing procedures on them is at the height of their career,” said Joe Kiani, founder of the Patient Safety Movement Foundation. “If a doctor has been out for a while, they are not.” 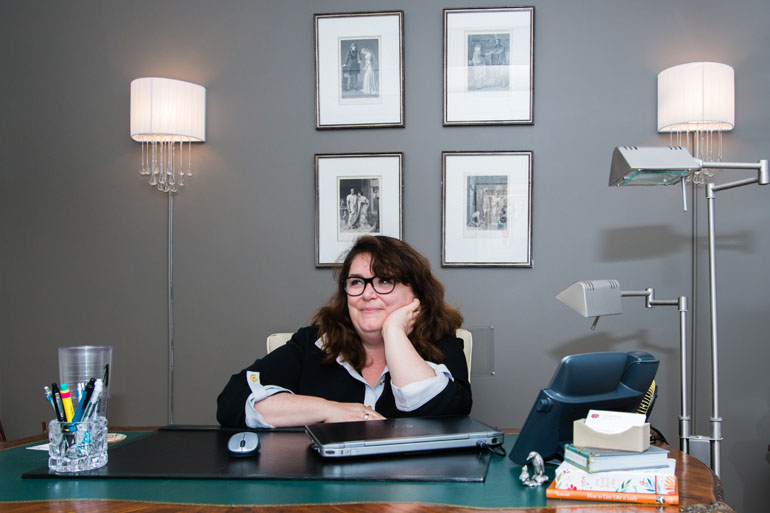 Maria DiMeglio stopped practicing medicine for six years off to care for her children and ill mother. DiMeglio used Cedars-Sinai Medical Center’s retraining program to return to practice as an OB/GYN. (Photo by Heidi de Marco/KHN).

Carey, 36, had a great education, graduating from medical school at the University of Pennsylvania and completing a residency in 2011 in obstetrics and gynecology at Brown University and a Providence hospital. But after taking just four years off to care for a sick grandmother and another relative, she felt she needed to freshen her clinical skills. So she moved from Rhode Island to Texas to take part in the KSTAR program, hoping to gain more confidence as a surgeon and become more marketable.

Reliable numbers of how many doctors suspend their practices aren’t available, but the American Medical Association estimated in 2011 that 10,000 doctors could reenter practice each year.

The Federation of State Medical Boards wants states to create a standard process for physicians to show they have the skills to return to medicine. It is asking licensing agencies to track whether doctors are still practicing and whether it is in their area of training.

The American Academy of Pediatrics and the AMA also are trying to remove obstacles for doctors who want to return to work after taking time off. And John Sarbanes, a Maryland congressman, has proposed legislation to help expand re-entry programs for primary care doctors and help cover physicians’ costs if they agree to practice in high-need areas.

After hitting a wall with her former employer and others, Gibson enrolled in an online retraining program in San Diego, which cost her $7,000. She spent four months completing the courses last year and a week shadowing a family physician. Then she took a written exam and was evaluated during mock visits with “patients” played by actors.

In the end, she received two certificates — one from the program and one from UC San Diego School of Medicine for 180 hours of continuing medical education.

“I definitely felt more confident,” Gibson said. But she still wanted more hands-on clinical training. So she recently started a paid fellowship at the USC Department of Family Medicine, seeing patients under the oversight of other doctors.

“Some are simply tired of being retired,” he said. “It’s sort of an itch to go back to taking care of people.”

Several retraining programs are run by hospitals, including Cedars Sinai Medical Center. There, participants spend between six weeks and three months seeing patients under the supervision of other physicians, then discuss their cases in an exit interview to demonstrate what they learned. They leave with a letter that can be submitted to employers or hospitals.

The Cedars program costs $5,000 a month. Leo A. Gordon, who runs it, said some doctors who call to inquire are angry about having to spend the time and money when they already have so much education and experience. But he said others are simply appreciative that “there is a way to get back in the game.”

One of the Cedars graduates, Maria DiMeglio decided she wanted to return to practice as an OB/GYN after taking off almost six years to care for her children and her ill mother.

“I thought I was retiring, said DiMeglio, “but I kept my options open.” 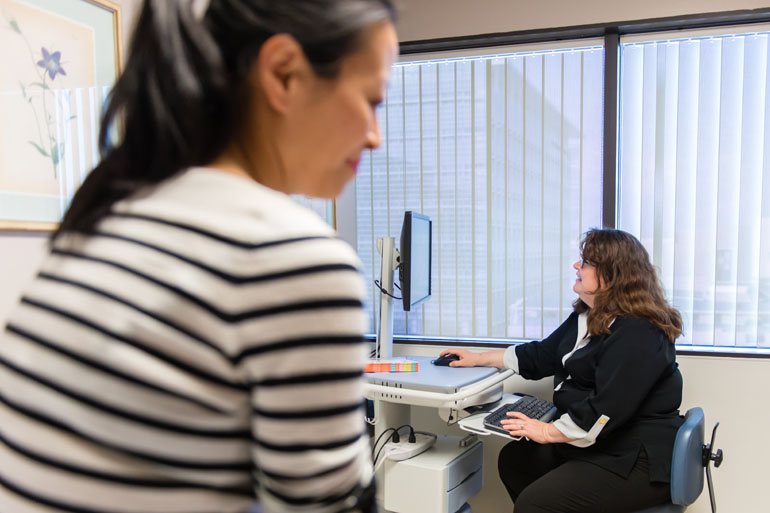 Maria DiMeglio and her patient at Cedars-Sinai in Los Angeles, Calif., on May 21, 2015. DiMeglio returned to open her practice at Cedars where she was practicing before she took time off. (Photo by Heidi de Marco/KHN).

She had retained her medical license and kept up with continuing education courses. But she needed to persuade her old hospital, Cedars-Sinai, to give her privileges so she could perform surgeries. The Cedars retraining program, she said, “wasn’t difficult, but it was expensive and time-consuming. Not everyone can do that.”

Hospitals set their own requirements for doctors to get credentials and privileges, but doctors who have been out of practice for more than two years generally must show that they are competent to see patients. Having a certificate from a reentry program helps, said David Perrott, chief medical officer of the California Hospital Association.

Jeff Petrozzino, a 50-year old doctor who trained in pediatrics and neonatology, knows all about that. He ran into difficulty returning to clinical practice after spending several years doing health economics research.

“I was a double board-certified physician licensed in several states,” he said. “You would think I would be able to get a job.”

When he finally did get an offer at a medical center in New Jersey, he said both the job and the state medical license were contingent on him getting retrained. He completed a three-month program at Drexel University College of Medicine in 2013, where he was surprised to discover many other doctors in a similar situation.

Petrozzino said he was grateful for the program — but given the hassles of re-entry he would advise doctors to plan carefully before taking breaks from their practice.

“Careers are interrupted or derailed for various reasons,” he said. “The system does not readily allow for re-entry.”

For Doctors Who Take A Break From Practice, Coming Back Can Be Tough