Reforming Medicare – from changing the way doctors are paid to streamlining patient care – could benefit from a grassroots approach, according to experts and physicians at a policy summit held by National Journal Live in Washington, D.C., Tuesday. 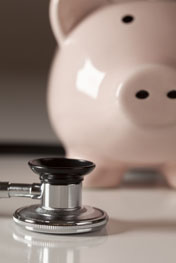 “We need to focus more on responding to and joining local initiatives,” said Len Nichols, director of George Mason University’s Center for Health Policy Research and Ethics. As an example, he pointed to an initiative in Rochester, N.Y., that brought local doctors and hospitals together to successfully reduce hospital readmissions.

The panelists agreed that solutions to address the system’s inefficiencies should begin at the ground level with physicians, community members and patients, who could provide valuable feedback and ideas when designing new approaches to quality care and cost control.

“What the ACA has done is to set up an environment where there is support for new innovation,” said Gail Wilensky, an economist who previously directed the Medicare and Medicaid programs.

With much of the health law going into effect in 2014, the U.S. will likely see increased coverage, insurance marketplaces and an expanded Medicaid program.

But Wilensky said the health law’s limited role in changing payment models and encouraging patient engagement in the health system operations could prove to be a “fatal flaw” in what should be an overhaul of the system. “These are huge constraints in how and how fast Medicare can move,” she said.

Dr.  Edward Murphy, a professor of medicine at the Virginia Tech Carilion School of Medicine, said physicians’ attachment to the status quo was slowing down efforts to move to a system that rewards better health outcomes and lowers consumer costs. He said doctors need to adopt fundamental new practices.

“To get a broadwave movement of change across the country, it seems to me, we need a cultural shift,” he said.