Skip to content
Listen to Julie Appleby’s conversation with Gary Cohen:
>> Don’t see the player above? Click here to listen to audio of the conversation

Many consumers who signed up for health coverage through online insurance exchanges discovered their doctors were not in their plans’ networks.

While narrow networks aren’t new, they have emerged as one of insurers’ major levers for keeping costs down under the Affordable Care Act. Consumers have been attracted by lower premiums, but are often distressed at the restrictions. Lawsuits in California allege that some insurers duped customers into thinking their networks were larger by posting inaccurate provider lists.

But such plans can be designed right, says Gary Cohen, a former Obama administration official who helped oversee the launch of the federal health website. As examples, he cites integrated systems, such as Kaiser Permanente, and also accountable care organizations which encourage coordination of patient care while providing incentives to reduce costs.

Cohen, who now runs his own consulting firm, was deputy administrator and director of the Center for Consumer Information and Insurance Oversight in the Centers for Medicare & Medicaid Services until March. He sat down recently with Kaiser Health News’ Julie Appleby. An edited version of their conversation follows:

Q: You’ve written recently that narrow network policies can be done correctly by focusing on quality as well as cost. What are the pros and cons of smaller networks? 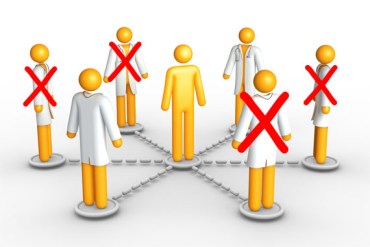 COHEN: One [important aspect] is access. Everyone has to receive care for the services covered by their policies. We also want people to have choice — to be able to choose which doctors and hospitals they go to and have the highest quality of care. We also want to try to control costs. Those various objectives may run into conflict. So there has been a lot written, a lot of complaints about people who couldn’t go to the doctor they used to go to, or who couldn’t find a particular physician close to where they live. This has gotten a lot of attention and caused regulators to want to look at whether further regulation of networks is appropriate. [But] not all narrow networks are the same.

Q: Critics say the new marketplace plans rely mainly on insurers choosing network providers based on price. Do you share that concern?

COHEN: I do share that concern. We need to encourage types of networks like accountable care organizations where providers and hospitals and insurance companies are sharing in [financial] risk and working together in managing care to make sure higher quality [is delivered] and costs are controlled. That kind of network is fundamentally different than a network simply based on what the cost of reimbursement is from the insurance company.

The challenge to the insurance industry is greater transparency. People have got to know when they buy a plan what it is they are getting. So far it has proven very difficult for insurance companies and for some of the marketplaces that have tried to put up provider directories to provide accurate, up-to-date information on just who is in the network and who is taking new patients.

Q: What is being done in the federal and state marketplaces to make sure information on particular doctors and hospitals is available?

COHEN: Both the federal government and a number of states now are making a requirement that these directories be provided and updated on regular basis. The question is, what kind of enforcement will we see? If insurers can’t provide up-to-date information, that risks the whole concept of these narrow networks.

Q: In some states, all or most of the plans being sold on the marketplaces are narrow networks. Many don’t offer out-of-network coverage at all. Should regulators require insurers to offer both broad and narrow network plans?

COHEN: I think the market really is providing that choice. [Consultant] McKinsey & Company did a study showing that 90 percent of people have the choice of a broad network. Generally speaking, a lot of the BlueCross BlueShield plans do offer both a broad and a narrow network.

Q: How do insurers select these networks? Should they disclose that?

COHEN: If a network is designed not just to be lower cost, but is designed to be higher quality, more efficient and therefore lower cost, then it’s important people understand that. And the criteria used to select the physicians and hospitals in the network [should] be made known to the public. If I am convinced that one network I’m being offered has higher quality of care, I might choose that network even if it meant I had to travel a little further to see doctor or wait a little longer for an appointment.

Q: Are any insurers doing that yet?

COHEN: A lot of these new types of organizations are just beginning to happen now in the wake of the ACA and in wake of what Medicare is doing with its ACO program. We don’t have a lot of data yet but as time goes by, we will. We need to rethink our measures of what is an adequate network. Typically we look at the time it takes to get to a doctor’s office or to get an appointment, but with increased use of telemedicine where people will see physicians in video calls or by email, some of those measures may be less important. Not unimportant, but less important.

Q: You warn that regulators could get in the way of creating good narrow networks. How?

COHEN: We have to recognize we have a physician shortage in this country that has nothing to do with the ACA or with what networks insurers create. When you listen to regulators from very rural states, what they will say is, “We don’t have enough doctors, regardless of what the network looks like.” We need to be sensitive to local conditions. Travel time to see a doctor is different in a densely populated urban area than in a rural area. We should look at what is the quality of care being provided in this network and is it serving the population well, rather than just looking at time and distance.

Q: What about data on how many patients had to go out of network for coverage? Are any insurers reporting that?

COHEN: That data is required and will be reported. We are still in the first year of people going to see their doctors with policies they purchased through the marketplaces. We will learn a lot more as we go forward as to what their experience really has been that will help inform what steps industry should take and regulators should take to make sure people are getting access to the care they need.

Q: This time last year, open enrollment had just begun through the state and federal marketplaces. The rollout for many was disastrous, marred by a myriad of technical problems. What’s different this year?

COHEN: Ironically, one of the biggest concerns going into open enrollment [last time was] polls showing people didn’t even know what the program was about. As a result of all the publicity we got because of the problems, we certainly cured that in a hurry. Everyone in the country was aware of healthcare.gov as a result of what happened.

We have broader knowledge of the ACA and the marketplaces in general [this time]. On other hand, folks who didn’t sign up the first time around may be a little harder to reach than the ones who did. One thing that emerged from the first open enrollment [is] it does matter if people have contact with someone in their community they trust to get information, as opposed to just getting it over the internet, or from radio or TV.

Q: What’s the biggest challenge facing the Obama administration concerning the health law in the next year?

COHEN: The challenge facing all of us, including the Obama administration, is really to make the case for what has been called the triple aim: better [health care] access for more people, better customer experiences and better outcomes at lower cost.
A lot of interesting things are being done, some prompted by the ACA, some prompted just by changes in the health market. We need to look at what works and what doesn’t [and] encourage what works. That’s why this whole question of narrow networks is critical. We need to see if we can make the case that smarter networks result in better outcomes, more efficient care, less overtreatment and lower costs.