The Commonwealth Fund, one of the nation’s largest health care philanthropies, has named Dr. David Blumenthal as its new president. 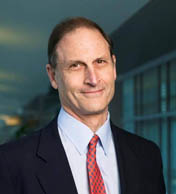 Between 2009 and February 2011, Blumenthal led President Barack Obama’s effort to expand the use of electronic medical records and other health information technology. After that job he returned to Harvard Medical School, where he has been a professor. He also has been chief health information and innovation officer at Partners Healthcare System in Boston. Blumenthal replaces Karen Davis, who had run the fund since 1995.

In the fund announcement, the nonprofit’s chairman, James Tallon Jr., said “we are extremely fortunate to have Dr. Blumenthal take the helm of the Fund at a crucial time in the drive to achieve a high performance health system. If the U.S. is to realize the triple aims of better health, better care, and lower cost, it will need over the next 10 years unstinting efforts by health policy and practice leaders like Dr. Blumenthal. He is ideally suited to carry forward The Commonwealth Fund’s significant role in advancing delivery and payment system changes that will improve system performance.”