Medical assistant Lagham Katola speaks Arabic during a checkup with a Syrian patient. Health care facilities are required to provide medical interpretation services, but they often do so over the phone. (Heidi de Marco/KHN)

A clinic in El Cajon, Calif., treats patients recovering from anything from gunshot wounds to PTSD and anxiety about family left behind.

Mahmoud said his captors, foot soldiers of Syrian President Bashar Assad, tortured him and shot him in the leg.

“I was in jail for seven months. They let me go, but I was physically sick, and tired,” the 29-year-old refugee said, speaking inside a cheerful, modern medical clinic here with signs posted in English and Arabic. “I had infections, inflammation. I’m still trying to get treated for it all.”

Mahmoud, tall and friendly, agreed to be interviewed on the condition that only his first name be used for fear of retaliation against family back home. He settled in one of the largest Syrian refugee communities in the United States — a midsize California town near San Diego.

And by virtue of this influx of refugees, it has become a health care hub for a traumatized and physically ailing population.

On an old-fashioned Main Street, among Western-themed murals, thrift shops and halal markets, sits the bustling El Cajon Family Health Center, serving Mahmoud and other victims of the devastating civil war in Syria. 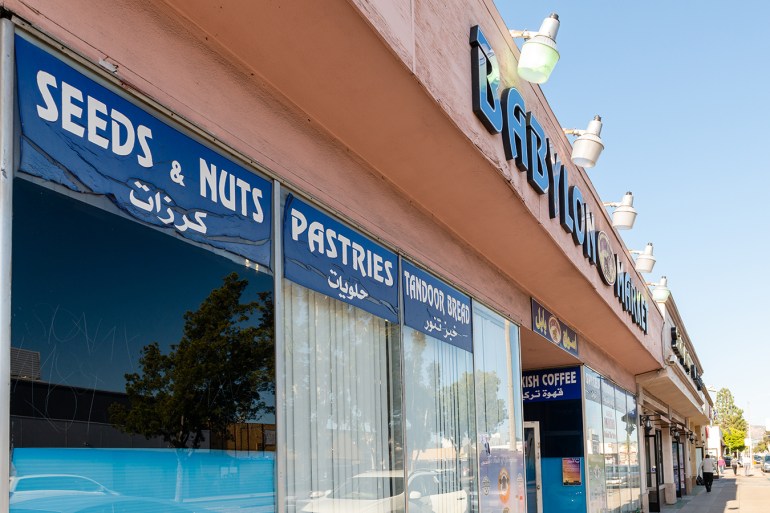 Halal markets in El Cajon cater to the Iraqi immigrants who have been coming to the area for more than 30 years. Today, the markets are also frequented by the growing Syrian refugee community.(Heidi de Marco/KHN) 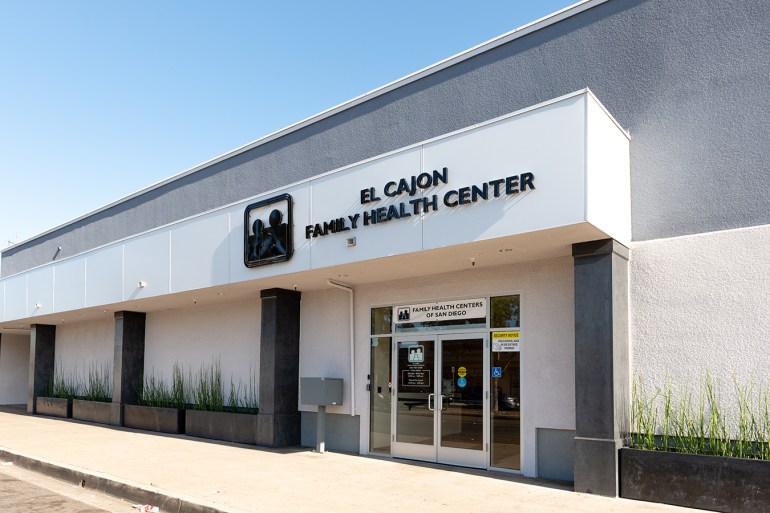 Syrian refugees struggle disproportionately with post-traumatic stress disorder, anxiety and depression because of their exposure to extreme violence and anxiety about relatives still in Syria, clinic staff and community volunteers say. Most who have fled spent years holed up in camps or apartments, with little access to routine medical care for war wounds or chronic conditions such as diabetes or heart disease.

Virtually all of the people who enter this country as part of the federal government’s refugee resettlement program qualify by income for Medicaid, the government-run health insurance program for low-income people (known as Medi-Cal in California).

Physicians and others who work with Syrian patients say that the refugees experience long waits and must often travel long distances to see specialists — challenges shared by many other low-income groups.

But access to medical interpreters is woefully insufficient, and refugees are often stymied by the paperwork and bureaucracy so unlike what they had back home. There, they were accustomed to walking in and seeing a doctor without having to wait, said Suzanne Akhras Sahloul, founder of the Syrian Community Network, a Chicago-based nonprofit that aids refugees.

Patients are often confused by Medicaid and the managed-care plans that provide it. They sometimes switch health plans inadvertently, which can lead to delays in care, El Cajon Family Health Center physicians and caseworkers said.

More Syrian refugees came to San Diego County than any other U.S. metro area — over 1,000 as of the first quarter of 2017, according to the State Department. And more than 80 percent of them live in El Cajon, where county service providers and resettlement agency offices abound, said Chris Williams, executive director of the Syrian Community Network-San Diego, a local branch of the aid organization. 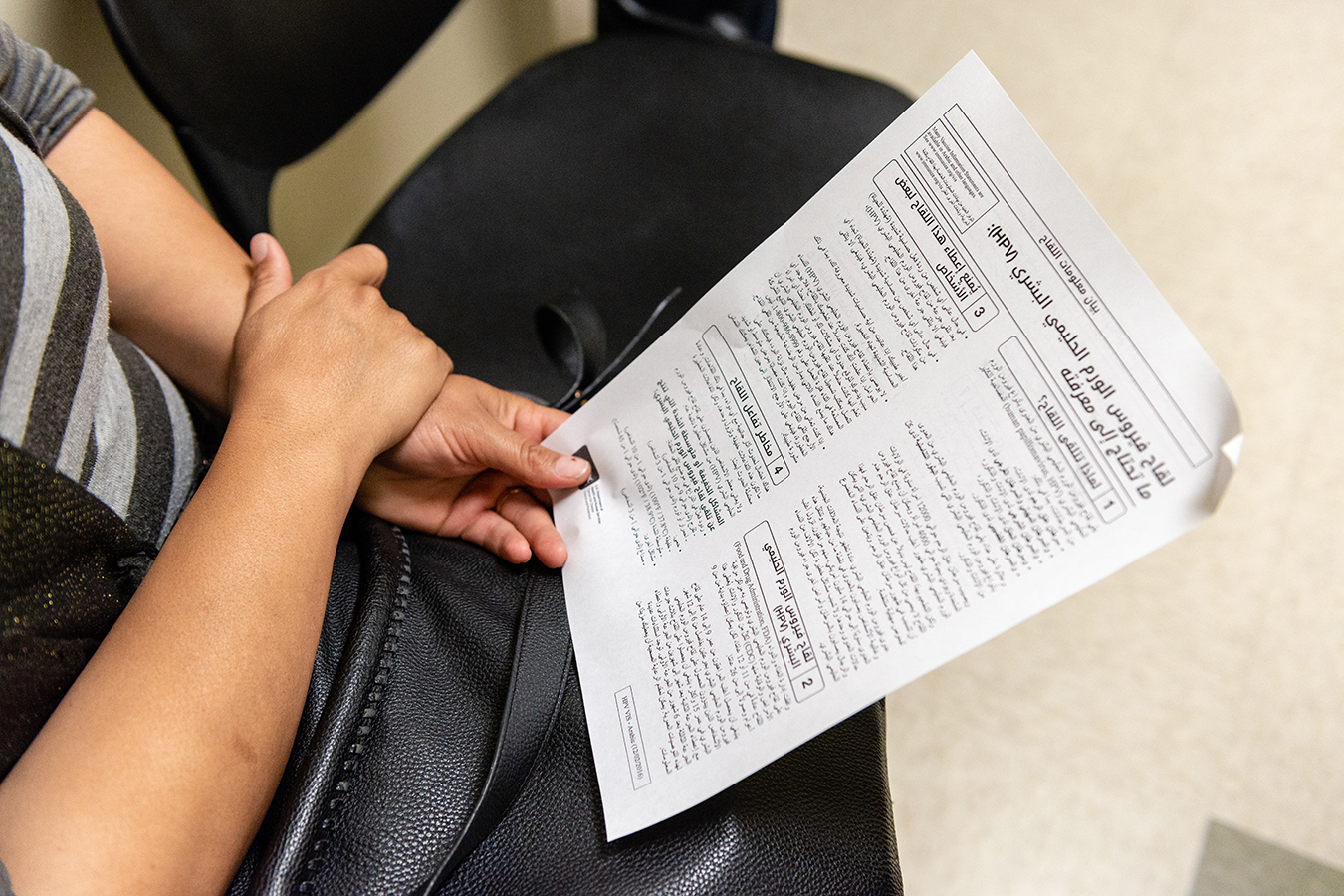 Medical assistant Lagham Katola speaks Arabic during a checkup with a Syrian patient. Health care facilities are required to provide medical interpretation services, but they often do so over the phone.(Heidi de Marco/KHN)

Resettlement agencies, which work with the State Department to smooth entry into the U.S., generally help refugees sign up for Medicaid and get the care they need for their first three months in this country. After that, they are largely on their own to maintain coverage and get care.

“They will say, ‘Why do I need to visit the family doctor? Why can’t I go to the specialist?’” said Aileen Dehnel, a case manager at the El Cajon Family Health Center.

“Everywhere we go, people are helpful,” said Mahmoud, who now lives in Anaheim, Calif. “But the No. 1 challenge is the language.”

Relatively few trained interpreters in the area speak Arabic, and they are in high demand. In a communication vacuum, Mahmoud said, information gets passed from neighbor to neighbor, changing slightly with each telling, as in a game of telephone.

Translators don’t always help, Mahmoud said. One time, he had to rush to the emergency room after a gallbladder attack, and an interpreter on the phone kept asking everyone to repeat themselves, blaming the difficulty on bad audio equipment. Mahmoud and his wife, Noura, became so frustrated that she used Google Translate to figure out what the nurses and doctors were saying. (Noura also spoke on the condition her last name not be used.) 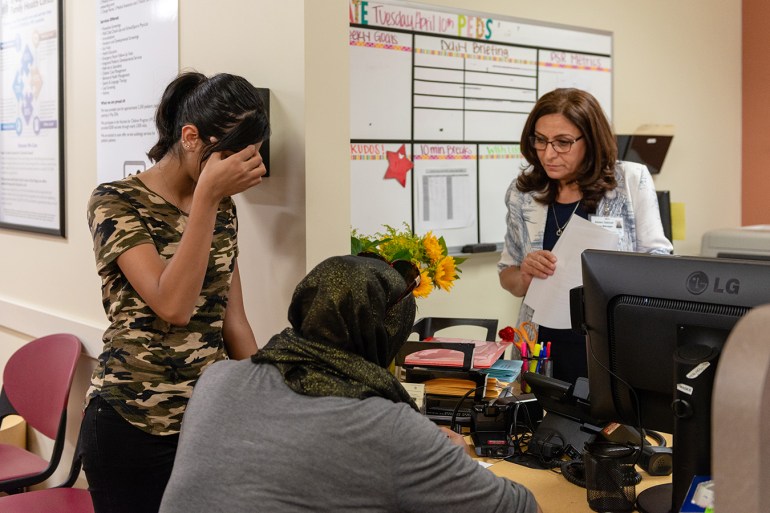 Aileen Dehnel, a case manager at the El Cajon Family Health Center, helps a Syrian mother and daughter check in. Dehnel says refugees become confused by the paperwork and sometimes change their health plans without realizing it. Dehnel writes detailed instructions in Arabic for the patients she works with, but many of them can't read in any language, she says.(Heidi de Marco/KHN) 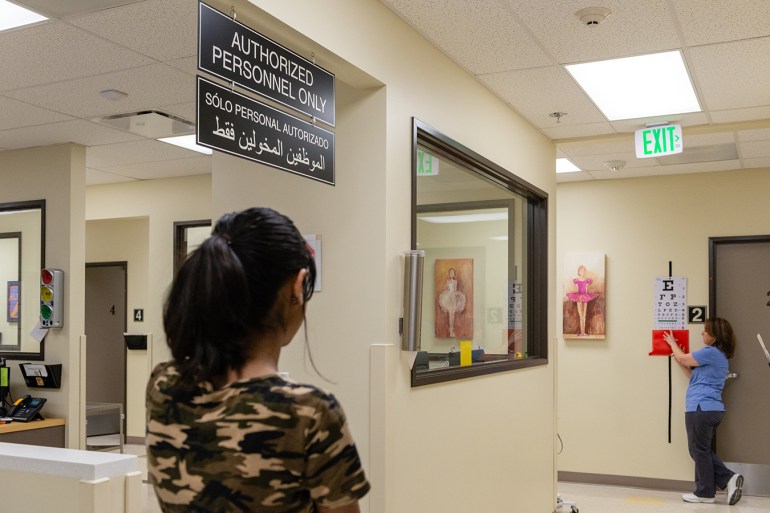 The signs in the El Cajon Family Health Center lobby are written in English, Spanish and Arabic.(Heidi de Marco/KHN)

Another refugee, 34-year-old Nisreen Tlaas, recalled having fainting spells after her arrival from Homs, Syria, in 2016. Two emergency rooms misdiagnosed her illness before the staff at a third hospital performed an MRI and saw an aneurysm in her brain.

She finally received lifesaving surgery — but only after a caseworker from the Syrian Community Network smoothed communications between a surgeon and a medical interpreter.

Dehnel, of the El Cajon Family Health Center, writes detailed instructions in Arabic for the patients she works with, and many pharmacies in El Cajon now print prescription labels in Arabic as well. But that’s not enough to make sure a diabetic patient gets his insulin or a pregnant woman takes her prenatal vitamins correctly, because many of the patients can’t read in any language, she said.

Language frustrations aside, the main challenge facing many Syrian refugees is psychological distress.

Some patients have seen relatives hurt or killed in fighting. Others don’t know if their friends and family are safe. Syria is among the countries affected by the Trump administration’s “travel ban,” and the administration also recently cracked down on refugee admissions in general.

Adjusting to life in the U.S. also can cause enormous anxiety. But many Syrian refugees resist asking for help for fear that authorities will swoop in.

“People always downplay their distress,” Duong said. “They worry that their kids will be taken from them.”

Mahmoud has tried talking to psychologists. But they haven’t been able to help him escape his dark thoughts.

“Our families are in a war zone right now,” he said. “I’m always in fear that my family will be killed.”

From Syria To Southern California: Refugees Seek Care For Wounds Of War