Generic drug makers – which have saved Americans hundreds of billions of dollars in the past decade with their low-cost, copycat medicines – don’t think they should join other health industries to finance a health care overhaul.

While the lion’s share of prescriptions filled are generic, most of the money spent is on brand name medicines. That gap has increased over time.

Under the Senate Finance Committee bill approved Tuesday, the generic drug industry would pay $460 million over a decade through additional rebates to the state-federal Medicaid program for the poor.

“That would be very harmful to our industry and our consumers,” said Kathleen Jaeger, president and CEO of the Generic Pharmaceutical Industry Association. She said the higher discounts would result in fewer companies making generics, which could push prices higher.

Brand-name drug makers  which would pay $80 billion as part of the proposed health overhaul and support the Finance bill — scoff at their rivals’ complaints. “Generics are getting off pretty light while everyone else gets whacked,” said Joe Kelley, a lobbyist for Eli Lilly and Co., the nation’s fourth largest brand- name drug maker.

Over the next decade, the hospital industry would pay $155 billion, health insurers nearly $120 billion and device makers $40 billion, to fund the $829 billion Finance Committee bill.

The bill would subsidize health insurance for millions more Americans  who as a result would be able to buy more medicine, benefiting all drug makers, experts note. But it contains other provisions affecting the generic and brand-name industries, making it hard to tell which would fare better under the legislation.

For generic drug makers, the long-term trend seems favorable regardless of what Congress does: The number of generic prescriptions in the U.S. rose 5.4 percent last year, three times faster than branded drugs. The dollar value of sales fell 2.7 percent because of falling prices, according to IMS Health, a market data firm.

Nearly three of four prescriptions written today are for generics, though because of their low prices they comprise only about 21 percent of the money spent on medicines. Israel-based Teva Pharmaceutical Industries, the largest generic drug company, made a $2.3 billion profit last year on $11 billion in sales. 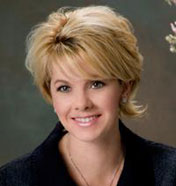 The industry also would gain from a “generic first fill” provision in the Finance bill that clarifies the legality of pharmacists offering to switch consumers’ prescriptions to generics and not charging a co-payment. The Congressional Budget Office said increased used of generics in Medicaid and Medicare, the federal program for the elderly and disabled, would reduce the federal deficit by $3 billion over a decade.

But increases in demand for generics could be at least partly offset by two other provisions in the health legislation in Senate and House bills. Brand-name drug makers would get 12 years of patent exclusivity in selling biologic drugs. And they’d sell their drugs at half price to Medicare beneficiaries when they reach the gap, or so-called doughnut hole, in their drug coverage.

The provisions affecting the brand-name industry were hammered out in a deal in July involving the White House, the Finance Committee and Pharmaceutical Research and Manufacturers of America, a trade group. Among other things, the White House and the committee agreed to oppose any congressional efforts to use the government’s leverage to bargain for lower drug prices or legalize the importation of drugs from Canada.

In exchange, the trade group agreed to cut $80 billion in projected costs to taxpayers and seniors over 10 years.
House and Senate committees have agreed to give biologic drugs 12 years of market protection before generic versions can compete, about twice as long as President Barack Obama, generic drug makers and consumer groups wanted. Biologic drugs are derived from living organisms rather than chemical compounds. Those drugs are a small part of the pharmaceutical market but its fastest-growing component.

Jaeger said five or six extra years of market exclusivity would add billions in extra health costs for private and government health insurers. Kelley, at Eli Lilly, said the cost would likely be between $2 billion to $6 billion over 10 years. He called that a “nominal price to pay to ensure the future of the bioscience and biotech industry.”

The pharmaceutical makers’ deal with the White House and Finance Committee could hurt generic sales because seniors would likely stay with brand-name drugs longer. Jaeger said the industry already does plenty to lower health costs and says Congress could save billions of dollars by expanding the use of generic drugs in Medicaid. She said it’s unfair to penalize an industry that sells pills for pennies compared to dollars for brand names.

Steve Findlay, a senior health policy analyst at Consumers Union, agrees with Jaeger, saying generic drugs are already getting penalized by the 12-year generic biologics provision in the health legislation and shouldn’t have to give increased Medicaid rebates. “We understand the need to raise revenue for the bill, but to take it out of the hide of the generic drugs industry defeats the purpose of lowering costs,” he said.

But Frank Palumbo, executive director of the University of Maryland School of Pharmacy Center on Drugs and Public Policy, said $46 million a year seems like a small price to pay for the anticipated extra sales of drugs. “I could see if it was $46 billion it would be an issue, but $46 million spread across the industry, I don’t see that as an issue.”