ALBANY, Ga. — If Lee Mullins lived in Pittsburgh, he could buy mid-level health coverage for his family for $940 a month. If he lived in Beverly Hills, he would pay $1,405.

But Mullins, who builds custom swimming pools, lives in Southwest Georgia. Here, a similar health plan for his family of four costs $2,654 a month.

This largely agrarian pocket of Georgia, where peanuts and pecans are major crops and hunters bag alligators up to 10 feet long, is nearly the most expensive place in the nation to buy health insurance through the new online marketplaces created by the federal health law. The only place with higher premiums are the Colorado mountain resort areas around Aspen and Vail, a high-cost-of-living area unlike Georgia.

“We’re not real happy with the way things are going in our neck of the woods,” said David Hardin, Mullins’ insurance broker.

All the dynamics that drive up health costs have coalesced here in Southwest Georgia, pushing up premiums.  Expensive chronic conditions such as obesity and cancer are common among the quarter million people in this region. One hospital system dominates the area, leaving little competition. Only one insurer is offering policies in the online marketplace, and many physicians are not participating, limiting consumer choice.

Until these elements are brought under control, it will be challenging for the Affordable Care Act to fully live up to its name, not just here but in other parts of the country where premiums are high. In addition to this part of Georgia and the Colorado mountains, the most expensive of places include rural Nevada, parts of Wisconsin, most of Wyoming, southeastern Mississippi, southwestern Connecticut and Alaska. 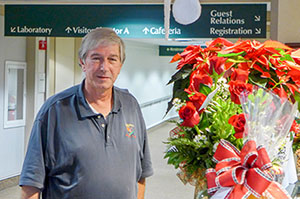 In these places, government subsidies are shielding people with low and moderate incomes from the full cost of the premiums. Randy Gray, a flower shop owner in Albany, is paying just $32 a month, with taxpayers picking up the remaining $805. “That’s just too good,” he said.

But for those earning too much to qualify for federal financial help, the premiums can be overwhelming. A 60-year-old making $47,000 in Albany would have to pay a quarter of her income for the least expensive mid-level “silver” policy, the level most consumers are buying.

Even some people who qualify for federal assistance, such as Stacie Brown, owner of a pottery shop, are balking. The cheapest “bronze” plan for Brown, her husband and son would cost the family $300 a month but not begin paying medical bills until they exceeded the $6,300 individual deductible. The cheapest silver plan would cost $508 a month but not start paying until a $3,000 individual deductible was met. Her son’s pediatrician was not in any of the networks and that was the one medical service she felt sure her family would use.

Brown ultimately bought a $256-a-month Assurant Health plan for her son, sold outside the marketplace, which covers his pediatrician and unlimited office visits. She and her husband have decided to forgo coverage for themselves, even though they may face a tax penalty of $700.

“I can’t afford the affordable health care,” she said. “I don’t know anyone in this area who can afford it, and I do pretty well in life.”

Others, such as Mullins, last year renewed their expiring plans for one final year. At $2,150 a month, Mullins’ old plan is no bargain. “We’ve never had cheap rates down here,” said Hardin, his broker. “A lot of people just choose to go without coverage. They just present themselves to the emergency room.”

With prices double those in Atlanta, health insurance is pretty much the only thing that is abnormally expensive in Southwest Georgia. The average household income in the Albany metro area is $46,000, and half of the houses sell for less than $105,000. A dozen oysters at one of the fancier restaurants costs $9. 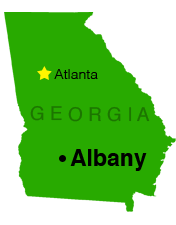 But all the ingredients for heavy health care needs—both medical and socioeconomic—are common in the 12 counties of Southwest Georgia, which are being treated as a distinct region in the insurance market. One in four children live in poverty and one out of every three people here are obese. Babies are more likely than those in most parts of the country to have low birth weights, according to data compiled by the University of Wisconsin Population Health Institute.

“If you look at the Georgia health indices for cancer, obesity, diabetes or pre-metabolic diseases, asthma, stroke,  or heart disease, there are many counties that are worse than some Third World countries,” said David Hefner, CEO of Georgia Regents Medical Center.

The lowest premiums in the country are around Minneapolis, known for its healthy population. Yet other parts of the country face the same kinds of health challenges as southern Georgia and have significantly lower insurance premiums. In a cluster of five South Carolina counties that the University of Wisconsin data show have demographics similar to Southwest Georgia, the lowest price silver plan is 39 percent less expensive.

Many insurance brokers and residents place the blame for high premiums on the expanding Phoebe Putney Health System, the nonprofit that runs six hospitals in Southwest Georgia.  The Federal Trade Commission and Georgia’s attorney general unsuccessfully tried to reverse Phoebe’s 2012 acquisition of Palmyra Park Hospital in Albany because it made the system so dominant that they said Phoebe could essentially dictate prices. In a settlement, Phoebe was allowed to hold on to Palmyra, giving it 86 percent of the regional health care market.

Phoebe’s dominance has also grown as it has purchased more physician practices. “Doctors you thought would never work for Phoebe are now Phoebe employees,” said Sue Luckie, an insurance agent in nearby Leesburg.

Mullins, the swimming pool contractor, is not surprised. “Some of the surgeons I have built pools for have moved from Jacksonville,” across the state border in Florida, he said. “I have said, ‘What would you possess you to move here, this isn’t a resort area?’ They said, ‘We get paid twice as much as in Jacksonville.’ “

Fair Health, a New York group that assesses customary charges around the country, examined five common outpatient procedures and exams in Albany, Georgia—the largest city in the nation’s  second most expensive marketplace. For Kaiser Health News, Fair Health compared the Albany physician charges to the South Carolina counties that had similar health demographics. All were about the same except for chemotherapy, where Albany doctors charged around $500 for the first hour and South Carolina doctors charged between $200 and $300 less. Real price information about Phoebe Putney Health Systems, the dominant hospital group, are not available.

‘They Deliver The Care’

It’s challenging to assess hospitals’ prices here because, like most places, contracts between insurers and hospitals are kept private. Morgan Kendrick, president of Blue Cross and Blue Shield of Georgia, the only insurer in the marketplace, said Phoebe is “slightly more expensive” than hospitals in other markets, but the insurer has no other options. 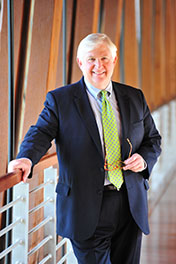 “There are not many choices from the provider perspective,” Kendrick said. “They deliver the care in that area, period, stop.”

Joel Wernick, president and CEO of the hospital system, said complaints of high prices are unsubstantiated. “We’ve not really raised prices or altered our prices in some time,” he said in an interview.

But insurance brokers and health policy experts said that Phoebe’s rates for private insurers are higher than they would otherwise be to make up for the money the system loses when it cares for the large uninsured population. Aside from MillerCoors and Procter & Gamble, there are not a lot of large employers that hospitals and doctors usually rely on for rich payments. “At the end of the day, if you’re an institution this size and you’ve got a small commercial population, you’ve got to get that money from somewhere,” said John Crew, a Savannah consultant to hospitals and physicians.

Almost 11 percent of Phoebe’s bills were not collected because the services were provided to patients who either couldn’t or did not pay, according to the hospital’s most recent audit. Erik Johnson, an expert on hospital finances at Avalere, a consulting firm in Washington, said the amount of uncompensated care is “very high.”

“I would expect to see that in a public hospital,” he said.

Yet Phoebe has aggressively added expensive new treatment machines, such as the da Vinci Robotics Surgical System and TomoTherapy, which claims to deliver radiation with more precision. Phoebe told bond investors that its cancer center is “one of the busiest centers in the Southeast.” Wernick said Phoebe’s growth has enabled it “to achieve a very important community strategy to allow people to stay at home for certain services.”

Dr. Joe Stubbs, who works at one of the independent physician practices in town, said Phoebe has not shown concern about the cost to patients. “They’ve forgotten that their mission as a nonprofit hospital is to provide the best quality at the lowest cost,” he said.

Stubbs said that Phoebe has been too ambitious in offering services “that probably would be better off done in Atlanta,” three hours north. He said many of his patients opt to go to Atlanta because they can get as good or better care than at Phoebe and at a lower price. Phoebe, he said, wants “to have those things here because they could demand higher prices and get higher profit margins.”

In recent months, Phoebe has taken some steps to reduce its costs. Last year it cut 160 jobs and hired consultants affiliated with the Geisinger Health System, which runs a central Pennsylvania hospital group known for efficiency, to help identify ways to save money.

“We may have to start lopping off services that are not economically rewarding,” said Dr. Doug Patten, Phoebe’s chief medical officer. “We probably have been overly permissive in the past in saying, ‘Yes, we will take care of you.’ “

This story was updated 2/5/14 to expand Dr. Joe Stubbs quote.

In Southwest Georgia, The Affordable Care Act Is Having Trouble Living Up To Its Name