With all the uproar from people whose individual health insurance policies are being cancelled, you may have heard the phrase “grandfathered plans.” This refers to a part of the Affordable Care Act that permits some health plans – those offered before the ACA passed – to be exempt from some of the law’s rules and protections. The idea was that the exemptions would help smooth the transition and allow businesses and individuals to keep current policies without having to make substantial changes. 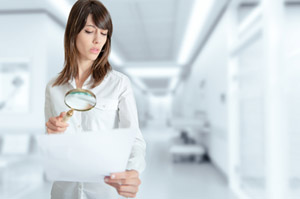 While the attention lately has focused on individual policies, if you get your insurance from your employer, there’s a good chance that you are in a grandfathered plan, and that means some of the changes the law requires do not affect you — yet. More than a third of all Americans who get insurance through their jobs are enrolled in such plans, although that number is expected to decline every year.

Consumers should know the status of their plans since that may determine whether they are eligible for certain protections and benefits created by the health law.  For example, an employee at a large company may wonder why his job-based insurance doesn’t include the free preventive services he’s heard about. To answer questions like that, you must understand the status of your plan and how grandfathering works.  Here are the basics:

What is a grandfathered plan?

Most health insurance plans that existed on March 23, 2010 are eligible for grandfathered status and therefore do not have to meet all the requirements of the health care law.  But if an insurer or employer makes significant changes to a plan’s benefits or how much members pay through premiums, copays or deductibles, then the plan loses that status.

The government’s regulations spell out how much plans can change the amount paid by workers or employers before losing their status.

What rules does a grandfathered plan have to follow?

A grandfathered plan has to follow some of the same rules other plans do under the ACA.  For example, the plans cannot impose lifetime limits on how much health care coverage people may receive, and they must offer dependent coverage for young adults until age 26 (although until 2014, a grandfathered group plan does not have to offer such coverage if a young adult is eligible for coverage elsewhere). They also cannot retroactively cancel your coverage because of a mistake you made when applying, a practice known as a rescission.

However, there are many rules grandfathered plans do not have to follow. For example, they are not required to provide preventive care without cost-sharing.  In addition, they do not have to offer a package of “essential health benefits” that individual and small group plans must offer beginning in 2014.  (Large employer plans are not required to offer the essential benefits package even if they are not grandfathered.)

How many people are enrolled in grandfathered plans?

In 2013, 36 percent of those who get coverage through their jobs are enrolled in a grandfathered health plan, down from 48 percent in 2012 and 56 percent in 2011, according to the Kaiser Family Foundation’s most recent Employer Health Benefits Survey. (KHN is an editorially-independent program of KFF.)

More plans are expected to lose grandfathered status over time.

How do I find out if I’m in a grandfathered plan?

It is very difficult to determine a plan’s grandfathered status simply by reading the plan materials.  If you want to know more about your coverage, your best bet is to ask your insurance company or your employer’s human resources department.

But it’s important to remember that simply knowing a plan’s status doesn’t reveal everything you need to know about what kind of coverage you and your family have, according to Larry Levitt, a senior vice president at KFF, who has written about grandfathered plans.

“It’s not clear-cut at all,” he said.  For example, if your plan loses grandfathered status, then you could gain additional benefits, such as preventive care without cost-sharing.  However, the plan may have lost that status because it reduced benefits or increased costs which could matter more to your care and to your bottom line.