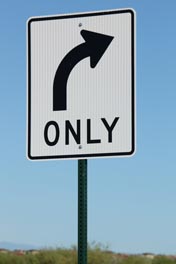 A group of Washington D.C. Republican-leaning former business and government officials have launched a coalition to build support for a policy to replace the sweeping 2010 health law if it were to be repealed through the legislative or judicial process.

Headed by James Wootton, the Partnership for America, is expected to have a budget of about $3 million to $5 million and calls itself a “grassroots organization” that aims to both bolster Republican efforts to repeal the health law and to find “center-right” support for an alternative to the law.

“It would have been harder to get a center-right coalition before this current health law was passed, but I think there is a consensus that has emerged that it is very important to address the concerns of the public” about getting access to affordable health insurance and other problems with the health system, said Wootton, who was previously the founding president of the U.S. Chamber of Commerce’s Institute for Legal Reform.

Wootton said the organization has a number of policy proposals for replacing the law and is in the process of getting their ideas scored for their budget impact. He said they are also working with pollsters to learn if the public is receptive to their ideas.

Additional members of the Partnership for America’s team include Bob Wood, a former chief of staff to the Health and Human Services Secretary under President George W. Bush, James Capretta, former associate director for health care at the White House Office of Management and Budget under George W. Bush and Chuck Cooper, former Assistant Attorney General for legal counsel under President Ronald Reagan. Wood is also president of BGR Government Affairs, a D.C. lobbying and public affairs firm that is handling press for the organization.

In addition to offering policy proposals, Wootton said the group plans to focus public attention on concerns that the health law will spur businesses to drop health coverage for their employees and send them to the state health insurance exchanges — which would raise the cost of the health law by as much as $1 trillion. It also plans to add its voice to those who oppose establishing the Independent Payment Advisory Board, an entity created by the health law to rein in Medicare costs.

Wootton declined to detail the group’s financial backers, but the Partnership is an offshoot of Revere America, a group that was originally headed by former New York Republican Governor George Pataki. Revere America has received funding from the wife of a wealthy Florida real estate developer Miles Collier, according to Citizens for Responsibility and Ethics.