The states that set up their own insurance marketplaces have nothing to lose in King V. Burwell, the big Supreme Court case that will be decided by the end of June. But that doesn’t mean those states are breathing easy.

With varying degrees of difficulty, all of the state-based exchanges are struggling to figure out how to become financially self-sufficient as the spigot of federal start-up money shuts off. 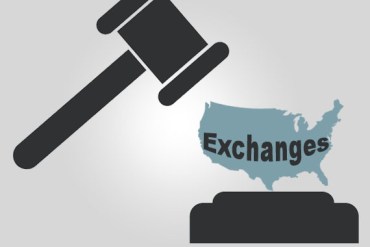 Here are dispatches from Minnesota, Colorado and Connecticut on this tricky transition.

Even though Minnesota’s exchange –  MNsure – ran much more smoothly in its second year than its disastrous first, some Republicans opposed to Obamacare from the beginning hoped to do away with it this legislative session.“This has been an abject failure from day one to present. If you’re denying that, your head is in the sand,” said state Rep. Nick Zerwas.

His colleague, Rep. Mary Franson, said: “We should have never gotten into the exchange. We should just move straight to the federal exchange and bypass the state of Minnesota.”

Even the Democratic architect of the law that created MNsure wanted to dissolve its board and make MNsure a state agency rather than an independent body.

In the end, lawmakers ended their session leaving MNsure intact. But they voted to ask the feds to allow Minnesotans to get tax subsidies for health insurance regardless of whether they shop on the open market or through MNsure.

“The final agreement I think that we have going to the governor right now acknowledges that there’s major trouble with MNsure, that the current situation is not sustainable,” Dean said.

Democratic Sen. Tony Lourey helped create MNsure. He likes the idea of letting Minnesotans shop outside of MNSure and still get subsidies, but, he said, “I’m not particularly optimistic that it would be approved by federal officials.  If it were approved, I think we would have to talk about then how do we structure the financing of the exchange.”

He says it would be even more difficult to fund the exchange with far fewer customers unless they could bring in new money.

One option is to add a tax to all health plans sold, not just those sold on MNsure.

Meanwhile, with fewer people signing up for plans through MNsure than anticipated, revenue is way down. That coupled with federal money drying up by year’s end has MNsure moving to cut $2.5 million from its budget over the next three years. –Mark Zdechlik, MPR

Colorado’s exchange has cleared its political hurdles for the most part, but technical glitches and financial challenges remain – as Marc Drillings knows all too well. He wanted to buy insurance on the Connect for Health, Colorado’s exchange. 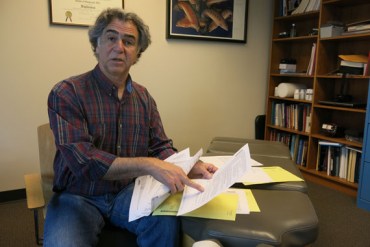 Marc Drillings says he spent at least 50 hours trying to sort out a problem with Colorado’s insurance exchange.
(Photo by John Daley / CPR)

But when he went online to enroll, the system mistakenly showed that his monthly premium would be $800 for him and his wife, much higher than it should have been. He tried to fix it, he said, and his application got stuck in limbo for two months.

“You enter bureaucratic hell, where no one can figure out what’s wrong, how to fix it, or who to even talk to get it done,” said Drillings.

He’s a chiropractor, so he’s used to dealing with insurance forms, but sorting it out took still took him at least 50 hours he said.

Eventually, he enrolled in a plan for about $300 a month.

As many as 10 percent of those who signed up faced such problems, says Kevin Patterson, the exchange’s interim CEO.

Fixing them chewed up staff time and cost millions, he said. “I think it’s fair to say we do have a slight hit to the brand,” Patterson said.

His predecessor, Gary Drews, pointed out the exchange’s successes. He said its enrollment numbers are strong, and the state’s uninsured rate fell from 17 percent to 11 percent. Still, Drews admitted, the takeoff has been bumpy even in the second year.

“It’s a little bit like trying to fly as you’re putting the wings on,” he said.

Although it had bipartisan support, Colorado’s exchange,  faced expensive  technical fixes, leadership turnover and questions from state auditors about its financial controls.

Add to that the big whammy:  $183 million in federal startup money is running out. So the exchange plans to tighten its belt and consumers will feel the pinch. Fees on premiums will go up next year.

She says another big issue for Colorado is Medicaid. The state had a smoother signup process for Medicaid than many other states, and the exchange footed much of the bill. Now the exchange is asking the feds to pick up some of those signup costs.

Roberts said it’s going to be hard for the exchange to make the transition to self-sufficiency.

“Either we’re going to try and make our best efforts to sort this out, or people will throw up their hands and walk away,” she said.

Despite the hassles he faced, chiropractor Marc Drillings said he won’t walk away. “If it works for 95% of the population, that’s still an A,” Drillings said.

Connecticut – Success At A Price

Connecticut’s exchange did so well in the first year that it’s marketing its services to other states that are still struggling. And generally Access Health CT is having a smoother transition from start-up to established business. 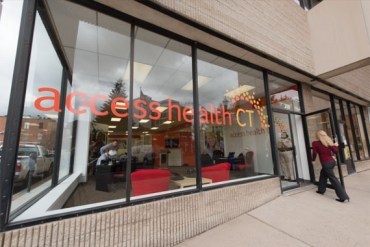 The task ahead is to change and shrink the organization to match its new mission. Wadleigh said he is letting consultants’ contracts expire and he is leaving some senior positions unfilled.

“All of our teams have gotten smaller,” he said.

The exchange brings in upward of $26 million a year by charging insurers who sell individual and small group policies on or off of the exchange. That will be the biggest source of money going forward.

Selling its administrative services to other exchanges could bring in additional cash.

“We have had some conversations with probably about a half a dozen states at this point about what are some of those opportunities,” he said.

With more than $150 million in federal money gone and not coming back, Wadleigh has two goals. One is keeping consumer prices as low as they can be and the second is keeping customers satisfied. He is optimistic  the exchange can do it.

But that confidence comes at a price: the exchange had to raise the assessment that insurers pay in order to fund smooth operations. — Jeff Cohen, WNPR

This story is part of a partnership that includes MPR, Colorado Public Radio, WNPR, NPR and Kaiser Health News.

Correction: An earlier version of the story had an incorrect first name for Minnesota state Rep. Mary Franson.