The Supreme Court on Friday agreed to hear a case on a subject that’s important to millions of people who receive subsidies to help purchase coverage under the health-care law. Friday’s decision follows earlier action in July when two U.S. appeals courts issued conflicting rulings on the issue.  KHN’s Mary Agnes Carey answers some frequently asked questions about those court decisions and how they impact consumers.

Q: What did the Supreme Court do? 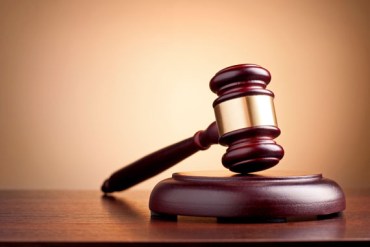 The justices decided to hear a case that challenges the federal government’s ability to provide subsidies to individuals in nearly three dozen states where the federal government operates the online marketplaces, or exchanges. There are several legal challenges on this issue that are working their way through the courts. The high court’s decision to accept the case surprised many analysts who thought the Supreme Court might wait until they had a ruling from the full District of Columbia Court of Appeals, one of the other courts considering the issue.

Q:  How did the lower courts rule on the subsidy issue?

A three-judge panel from the U.S. Court of Appeals for the District of Columbia Circuit ruled in July that the health law’s subsidies are available only to individuals in states now operating their own health insurance exchanges. In 2014, only 14 states and the District of Columbia ran their own exchanges, while 36 relied on the federal government. Judge Thomas Griffith, writing the majority opinion in the 2-1 decision, said they concluded “that the ACA unambiguously restricts” the subsidies to “exchanges ‘established by the state.’” That ruling was later vacated when the full District of Columbia Court of Appeals agreed to rehear the case, which is scheduled for December next month.

In a separate ruling, a three-judge panel for the Fourth Circuit Court of Appeals in Richmond, Va., ruled unanimously for the Obama administration, allowing subsidies to be available to residents in all states.  Judge Roger Gregory, writing the opinion, said while the health law is “ambiguous and subject to multiple interpretations,” the court decided to uphold the IRS’s interpretation of the law that residents of states using the federal exchange are entitled to subsidies. That Virginia case, King v. Burwell, is the case the Supreme Court said would hear this term.

Q: What was the issue the lower courts decided on?
The case centers on a brief description in the health law that says subsidies will be available “through an exchange established by the state.”

In implementing the law, the Internal Revenue Service (IRS) interpreted the law to allow eligible consumers to receive subsidies to help purchase coverage, regardless of whether they are in an exchange run by their state or by the federal government.

Opponents of the law questioned that interpretation, saying that the law as written clearly directs subsidies to state-based exchanges only.  But proponents – including several lawmakers who helped write it – said lawmakers fully intended that subsidies be offered on all exchanges no matter if they were administered by the feds or state officials.

Q: I live in a state with a federally run exchange, and I get a subsidy to help me buy coverage. Am I going to lose it?

Current subsidies will likely remain in place until there is a final legal decision on the matter.

White House spokesman Josh Earnest said the administration was confident it would prevail. “The ACA is working. These lawsuits won’t stand in the way of the Affordable Care Act and the millions of Americans who can now afford health insurance because of it,” Earnest said in a statement Friday. “We are confident that the financial help afforded millions of Americans was the intent of the law and it is working as Congress designed.” Open enrollment begins again Nov. 15.

Supporters of the court challenge to the IRS interpretation on subsidies also maintain their case is strong. “The Supreme Court’s decision is a rebuke to the Obama administration and its defenders, who dismissed as frivolous the plaintiffs’ efforts to defend their right not to be taxed without congressional authorization,” Michael Cannon, director of health policy studies at the libertarian Cato Institute who championed the subsidy appeals, said in a statement Friday. “It is essential that these cases receive expedited resolution, if only to eliminate the uncertainty currently facing states, employers, insurers, and taxpayers.”

Q: If there are legal disputes ongoing about who qualifies to receive a subsidy, do I still have to buy health insurance?

Yes.  The law’s “individual mandate,” which requires most people to purchase health insurance or pay a fine, is still in place and has been upheld by the Supreme Court.

Q. What if I get my insurance through work?
This decision applies only to policies sold on the online marketplaces. It does not affect work-based insurance, Medicare or Medicaid, regardless of where you live.