The role of community health centers, which serve about 23 million people, is expected to grow as part of the national health care overhaul. A recent report by the National Association of Community Health Centers found that the nation’s 8,000 centers provide one-quarter of all primary-care visits for low-income people and saves the health care system $24 billion a year. Such low-cost primary care will be critical as more people receive coverage for the first time under reform and centers prepare to serve 40 million patients by 2015. 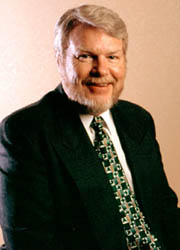 That need led to a big increase in federal funding over the past several years. The stimulus bill gave the centers about $2 billion, and the health care overhaul law increased funding by $11 billion over 10 years. Yet, as Congress and the White House looked for ways to trim back the budget this month,they cut $600 million from that funding. And funding from some states, such as California, has dropped dramatically as state officials are forced to cover shortfalls associated with the recession.

KHN’s Jessica Marcy recently spoke with Dan Hawkins, the association’s senior vice president, about the future and finances of community health centers and their evolving budgets. Here is an edited transcript of that conversation.

In recent years, community health centers have received major funding increases. How has the role of centers changed with that money?

They’ve been able to significantly improve access to care. It’s interesting to note that when the health centers received (the stimulus) funding in early 2009, the Health Resources and Services Administration projected they would serve 2.9 million as a result of the new funding. As of Dec. 31 of last year, 21 months into the two-year effort, 3.7 million new patients that had been served. The health centers are continuing to prove to even the most cynical skeptic that they can and will continue to grow and reach out to more people.

They have also done so without letting the quality of their care slip one iota. It was recently announced that more than 200 of the 1,200 community health centers have already secured medical home certification from the National Committee for Quality Assurance (NCQA). The goal is to have every single community health center certified as patient centered, primary care medical home in the next couple of years.

What impact have recent state budget cuts, especially for Medicaid, had on how community health centers operate? What programs or aspects of care have been most vulnerable to cuts?

Ironically, it’s some of the very core stuff that has been cut. There is about $450 million a year across the country in direct state funding for health care centers that goes to the cost of care to the uninsured but that’s down almost $200 million from 2008. If it hadn’t been for the stimulus bill and some other small increases in funding that Congress has provided, health centers would be going backward instead of forward in terms of the number of people they serve. That’s been very problematic.

Second, there have been significant cuts in state support for health care workforce training and placement programs for physicians, nurse practitioners, dentists and hygienists. That has made recruitment and retention of clinical workforce that much more challenging for health centers.

The third aspect is Medicaid. Its role in health center operations has only increased in the last three years operation as more Medicaid recipients seek care and Medicaid programs have changed how they are organized in many states including through the increase of Medicaid managed care. But, the fear is that in the future there will be reductions in Medicaid coverage and eligibility which would hurt reimbursement for clinics.

What will be the impact of the federal budget cut of $600 million?

As we noted to many members of Congress and the White House, the impact of the $600 million cut  even when combined with new funding made available to health centers under the Affordable Care Act for expansion of care  means that health centers will not be able to develop care for 5 million people in the coming year. Despite continued growth in the numbers of uninsured and plans to extend insurance coverage to 32 million people beginning in 2014, it means that the 800 communities that had applied to establish a new community health center where none exists today will most likely not be funded to develop care in any of those communities. Still, we believe that the resulting final agreement means that existing centers will not be forced to reduce their services and care.

Certainly the financial and political climate makes one highly sensitive to the likelihood of further cuts in federal spending generally, but we remain confident that having taken this piece from health centers, Congress will not further cut the program and services. Health centers and communities across the country have been developing plans to expand care to serve more people who can’t get it elsewhere and those plans are left up in the air. Of course, that is of deep concern. But, we think that most of these communities know that the need is so deep and believe with us that Congress will respond to that need, we remain very hopeful that they’ll stay in the game.

How would you describe the overall picture of how centers are faring and their place in the future?

It’s sort of like the scales of justice. On the one hand, there are all these new resources that Congress provided last year and the year before to help grow this program and turn the promise of coverage into the reality of better care in the very communities that need it the most. Then on the other hand, we have this year with threats of cutbacks at both the state and federal level that could undermine all of the progress and potential of the last two years.

I am optimistic that when we look back in five years, this will be a bump in the road and that the growth in cost-effective, quality primary health care for millions more Americans will have been realized.