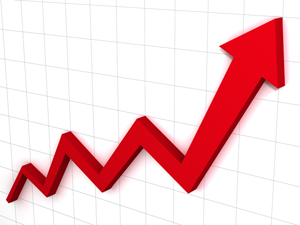 Hospitals, doctor offices and other medical employers added 19,000 jobs in April. That represents a sixth of the total April increase of 115,000 jobs, even though health care makes up only 11 percent of the employment base. While some insurers have reported continued moderation in health-cost increases this year, the job gains suggest that health care continues to claim larger portions of the economy, analysts say.

Of the 1.8 million jobs added by the economy in the last 12 months, 17 percent have been in medicine. Health spending represents 18 percent of the U.S. economy — a higher portion than in any other nation.

“As we try to grapple with health-care costs and try to get them under control, I suspect that will take its toll in one of two ways: either in terms of [slowing growth of] the average salaries in health care or in employment growth. I suspect in employment growth,” Behravesh said. However, he added: “It may not happen in the next couple of years.”