Health-care employment will continue to grow much faster than employment generally, with the number of jobs in home care and other ambulatory settings projected to jump more than 40 percent by 2020, a new study suggests. 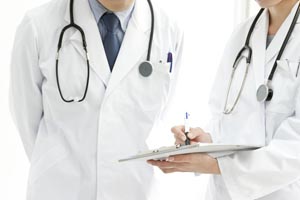 New figures from the Labor Department highlight an expected hiring shift away from hospitals, as the system puts greater emphasis on preventive care and reduced admissions, said Jean Moore, director of the Center for Health Workforce Studies at the State University of New York at Albany. The center produced employment forecasts based on the government’s latest projections for occupational and industry growth.

“For a long time, acute-care services tended to trump everything else, and that seems to be changing,” Moore said. “There’s a growing awareness that it’s penny-wise and pound-foolish not to pay attention to preventive and primary care.”

Hospitals are still expected to add jobs — nearly a million between 2010 and 2020, for a growth rate of 17 percent — as baby boomers age and require more inpatient care.

But offices of doctors and other health-care professionals are projected to hire 1.4 million people by 2020, a 36 percent increase. The number of home health care jobs will jump by 872,000, or 81 percent. The total number of jobs related to ambulatory care will grow by 2.7 million between 2010 and 2020, or 44 percent, the report said.  Many of the jobs will be created in low-pay occupations, such as home health aides and personal care aides.

The broader message is that health-care is still projected to be a growth industry, perhaps no matter what happens to the overall economy or  the 2010 Affordable Care Act.

“One of the things I wasn’t expecting was how much growth there was even during the recession,” Moore said. “I would have expected some tempering of the growth.”

Even as total U.S. employment fell by 2 percent from 2000 to 2010, health-care employment increased by a fourth — demonstrating the sector’s increasing share of the economy, the paper said.

By 2020, almost one out of nine American jobs will be in health care, the study projects. Counting 4 million newly created health jobs and people retiring from existing ones, more than 7 million new workers will be needed, including more than 1 million nurses, it said.

The report shows a reduction in adminstrative health-care jobs during the economic slump from 2008 to 2010 even as providers added nursing and other clinical positions. Recent reports suggest, however, that hospitals are beefing up the hiring of administrative staff to deal with the greater regulation required by the health law.

“They may be rehiring the people they may have had to let go when times were tight,” Moore said.

Health Care Hiring Boom Projected To Continue, Regardless Of Law