“If that translates into fighting Donald Trump, then so be it,” he said in a recent interview.

Becerra has been one of the leading voices in California’s charge against the federal government, filing more than 30 lawsuits on health care and other issues since taking office in January of last year.

For example, Becerra, 60, succeeded in temporarily blocking the federal government from denying access to birth control nationwide, and he is leading 15 states plus the District of Columbia in a legal battle to defend the Affordable Care Act. 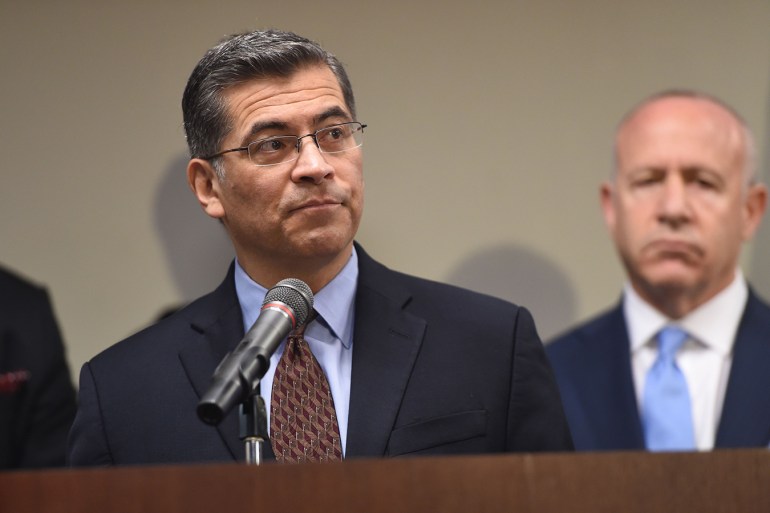 If Becerra — a former congressman representing Los Angeles — wins, his resistance against President Donald Trump is likely to continue.

It’s not surprising the Democratic candidates “would step in against the federal government on health care and other issues,” because they see opposing Trump as “good politics,” said Walter Zelman, chairman of the public health department at California State University-Los Angeles.

Jones said he agrees on the need to challenge some recent federal policies but believes Becerra is focusing too narrowly on that.

“There’s much more to the job of attorney general than just suing the Trump administration,” said Jones, 56, pointing to health care fraud and other legal targets. 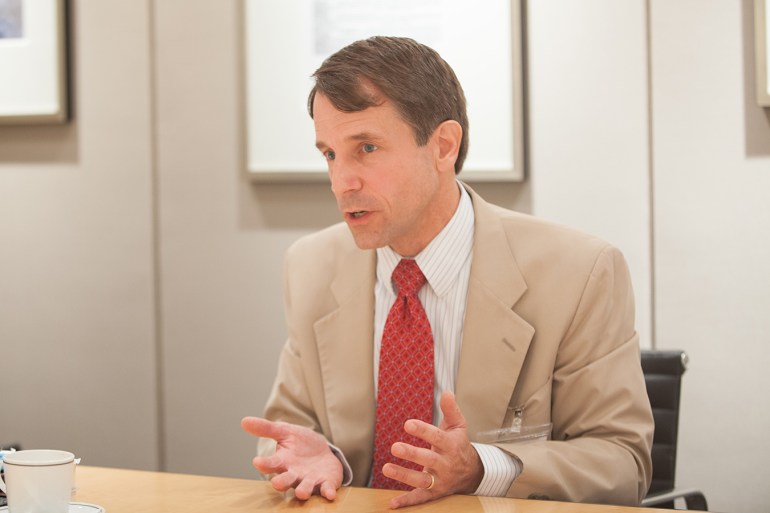 Still, the two Democrats are aligned on many health care policies, including and the concept of a single-payer system, in which the state would set the rules and pay for the coverage of all California residents.

Jones said if he were elected attorney general, he would continue to fight fraud in the health care industry and protect consumers, and would focus on ensuring that insurance markets are competitive.

The two Republican candidates oppose both a single-payer health system and the Affordable Care Act — and they criticize Becerra’s tactics. Early, 59, said he would go through every lawsuit Becerra has filed to figure out which ones to dismiss. And Bailey, 66, said “just because a tweet comes out of Washington, it doesn’t require a lawsuit to be filed the next day.” 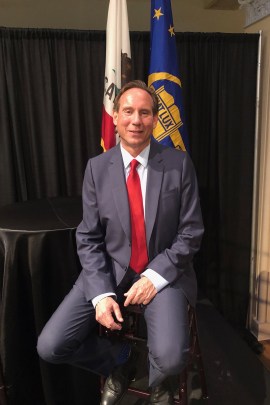 Early promotes a more aggressive strategy on mental health and opioid addiction. Bailey, who has argued there is too much government regulation in health care, said the costs of insurance are still unaffordable for many people.

The attorney general is the state’s leading law enforcement official. The scope of the job focuses heavily on public safety but also addresses civil rights, consumer fraud and environmental protections, among other issues.

The health care duties of the job include investigating Medi-Cal fraud and elder abuse, reviewing proposed sales of nonprofit hospitals and administering an index of child abuse cases.

Becerra has definitely elevated the importance of health care as an issue for the office — and Jones, with his insurance background, could push that further, said Dan Schnur, a Republican political strategist who teaches at the University of Southern California and the University of California-Berkeley. For most of California’s history, the attorney general has focused almost exclusively on criminal justice, but that has changed as recent attorneys general have taken on a broader range of issues, he added.

Although there have been no major public polls on the race, Becerra starts with a significant advantage as the incumbent, Schnur said. “There is no shortage of complaints that Becerra’s critics can level, but so far it doesn’t appear that any have risen to the level to turn him out of office,” he said.

Becerra also enjoys the advantage of an “ideal platform” to take on Trump, Schnur said. 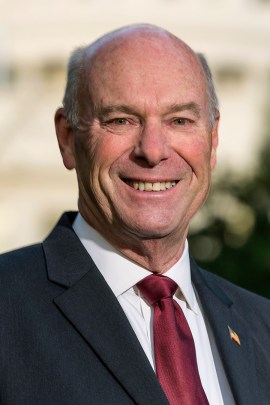 Since assuming office, Becerra has sued Sutter Health for alleged anticompetitive practices, arguing that the massive hospital system is overcharging consumers and driving up costs. He also has formed a strike force to take on other health care battles in the state.

He recently led 19 states and the District of Columbia in opposing a proposal by the Trump administration to change how federal family planning dollars are allocated. “We will stand up to any and all attacks on women’s reproductive rights,” Becerra said at a press conference.

Becerra refuted criticism from his opponents that he has focused too heavily on resisting the Trump administration, pointing to his work on environmental health, sex trafficking, gang violence and other issues.

Each candidate shared his health care priorities in interviews with California Healthline.

Jones said that “as attorney general, I’ll have even broader authority to make sure that mergers … and other market practices are not anticompetitive.”

As insurance commissioner, he has argued against certain proposed health care mergers, including one between Aetna and Humana that was later called off. And he has investigated insurance companies and arrested hundreds of people for fraud.

Jones said he would work to get guns out of the hands of those who should not possess them. He also said he would focus on expanding rehabilitation programs for people coming out of jails and prisons, and would work harder to enforce a law on mental health parity to protect patients from discrimination by insurers. The law generally requires health insurers to provide the same level of benefits for mental and substance use treatment as they do for medical care.

Bailey, a longtime criminal and administrative law attorney before he served as a Superior Court judge in El Dorado County, said his “goal is to free the marketplace to be able to function so that consumers have as much choice as possible.”

Bailey said California’s current system reduces those choices, and that Obamacare has driven up health costs. Many people are priced out of the market unless they are wealthy, he said.

Early, a managing partner at a Los Angeles-based law firm, Early Sullivan Wright Gizer & McRae, said he would do a “deep dive” into the legal issues of mental illness, prescription drug abuse and homelessness. To do so, he said, he would bring together experts and others in the field to figure out how best to deal with people who have severe mental health and addiction problems.

One possibility, Early said, might be to involuntarily commit those with severe mental illness more frequently, so they can get the care they need. That could help slow the rise of homelessness and the increase in the number of mentally ill people in state prisons, he said.

Early also said he would take more aggressive steps against the pharmaceutical industry, which he called “one of the causes of where we are with the opioid epidemic.”