This time, it wasn’t just about “Medicare for All.”

Voters got a better look at Democrats’ health care priorities on Tuesday, as 12 of the leading candidates vowed to codify abortion access, threatened to jail opioid company executives and added a few more details to their health plans during the fourth Democratic debate.

While the debate began on the topic of impeaching President Donald Trump, Sen. Bernie Sanders of Vermont soon steered the discussion back to kitchen-table issues.

“I think what would be a disaster, if the American people believe that all we were doing is taking on Trump,” he said. “We’re forgetting that 87 million Americans are uninsured or underinsured.”

That was only the beginning of a series of health care conversations that lasted through much of the three-hour debate.

With Sen. Elizabeth Warren of Massachusetts polling in second place before the night began, she was pressed to offer more details about what Medicare for All would look like under her leadership — in particular, whether she would raise taxes to pay for it.

“I have made clear what my principles are here,” she said. “That is, costs will go up for the wealthy and for big corporations, and for hard-working, middle-class families, costs will go down.”

But Mayor Pete Buttigieg of South Bend, Ind., pushed back, pointing out that, unlike Sanders — who has said taxes would increase to pay for his universal health care plan — she had not actually said whether she would raise taxes.

“Your signature is to have a plan for everything, except this,” Buttigieg said. “No plan has been laid out to explain how a multitrillion-dollar hole in this plan that Sen. Warren is putting forward is supposed to get filled in.”

Sen. Amy Klobuchar of Minnesota challenged the practicality of focusing on such a sweeping overhaul as “Medicare for All.” She pushed her support for a public option and noted the importance of issues that get less attention, like long-term care.

“The difference between a plan and a pipe dream is something that you can actually get done,” Klobuchar said. 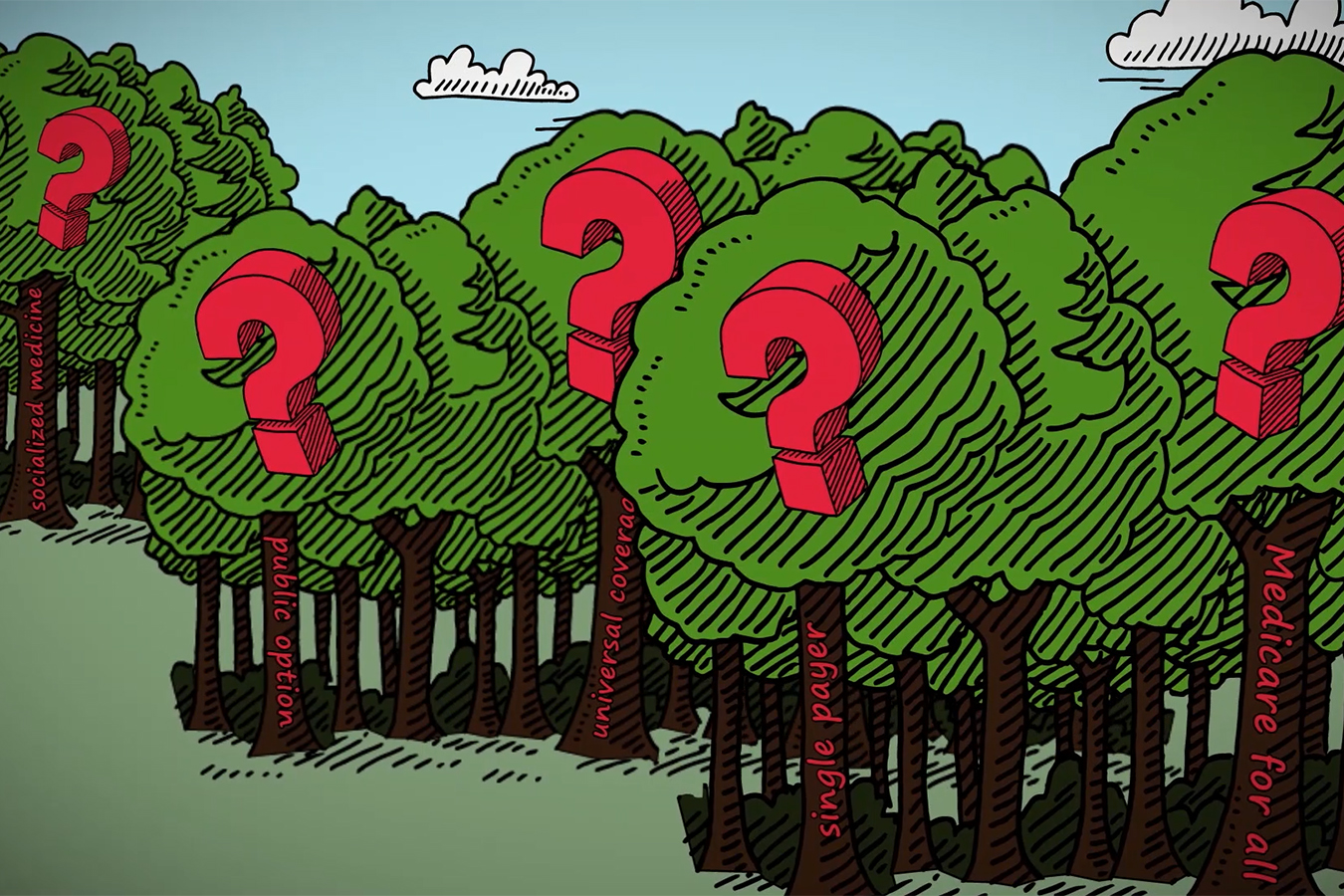 But Warren stood her ground. When she was studying bankruptcy as a professor at Harvard Law School, she said, she noticed that two out of three families that went bankrupt after a medical problem had health insurance. The problem is cost, she said: “That is why hard-working people go broke.”

Former Vice President Joe Biden trumpeted his role in securing the now-lapsed assault weapons ban in 1994. Among others, Sen. Kamala Harris of California called for a “comprehensive” background check requirement and a ban on the importation of assault weapons.

And one-by-one, the candidates vowed to codify abortion access, especially in light of recent conservative attacks in a number of states on the premise of the Supreme Court’s Roe v. Wade decision.

“It’s not an exaggeration to say women will die because these Republican legislatures in these various states who are out of touch with America are telling women what to do with their bodies,” Harris said, a reference to crackdowns on abortion access in many Republican-controlled states.

After pointing out earlier in the evening that two Planned Parenthood clinics in Ohio recently closed due to a Trump administration policy change, Sen. Cory Booker of New Jersey said he would create an office of reproductive freedom and reproductive rights in his White House.

“It’s an assault on the most fundamental ideal that human beings should control their own body,” Booker said.

And addressing the opioid crisis, blamed for lowering life expectancy in the United States, many of the candidates called outright for jailing the executives of opioid manufacturers, whom Harris called “nothing more than some high-level dope dealers.”

“The people who should pay for the treatment are the very people that got people hooked and killed them in the first place,” she said.

The evening was also Sanders’ first appearance on the debate stage since he had a heart attack and underwent heart surgery just weeks ago. Asked about his health, he seemed impatient: “I’m healthy. I’m feeling great,” Sanders said as he brought the conversation back to policy.

The debate took place in Westerville, Ohio, a traditionally conservative suburb of Columbus that had turned blue in recent years — a nod to Democrats’ hopes of winning with the support of suburban voters in 2020.

And with those 12 Democrats standing elbow-to-elbow, the debate hosted by CNN and The New York Times had an unusual distinction: the most candidates to ever appear onstage at a presidential debate.

The fifth Democratic debate is scheduled for Nov. 20. The Democratic National Committee plans to hold 12 primary debates in total.