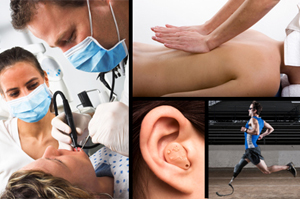 Even as House Republicans press to repeal the health care law, government advisers this week are preparing to wade into one of the most contentious questions raised by the legislation: What benefits must insurers cover?

The answer will affect tens of millions of Americans beginning in 2014: those who buy their own insurance and those who get coverage through small employers.

While the law outlines 10 broad categories of coverage — among them hospital and emergency services, prescription drugs, childbirth and pediatric care  it leaves the specifics to the government.

The Obama administration faces a tough balancing act: the benefits package must be broad enough to be comprehensive but not too broad as to be unaffordable. Patient advocates and industry lobbyists already are drawing up wish lists for items they want covered  including autism therapy, obesity treatments, infertility treatments and unlimited chemotherapy visits.

“This is an invitation for all kinds of lobbying from every conceivable disease group and provider group in the country,” says Joe Antos, economist at the conservative American Enterprise Institute.

The Department of Health and Human Services has asked the independent Institute of Medicine for advice. A 17-member IOM panel is meeting this week. Panel members include economists, consumer advocates, a state health commissioner and a former CEO of insurer WellPoint. By fall, they’ll make recommendations on factors HHS should consider in drawing up the benefit package.

The required package affects all policies to be sold in state-based insurance exchanges. Those marketplaces, which are to start operating in 2014, initially will be open only to those who buy individual and small-group policies. New policies sold to individuals and businesses outside the exchanges also would be affected.

Benefit coverage has long been a flash point between consumers and insurers, sometimes playing out in news stories of patients who are denied treatments they say are necessary, even life-saving, but insurers call unproven or not medically indicated.

“The notion that someone has health insurance only has real meaning when the insurance they have provides coverage for their true health care needs,” says Ron Pollack, founding executive director of the liberal advocacy group Families USA.

The law leaves open the question of how detailed the requirements will be and how much flexibility will be left to insurers and employers. Insurers argue for flexibility, but some consumer groups want details spelled out.

HHS should not get into “the details of each category of care,” America’s Health Insurance Plans says in a letter to the IOM panel.  Essential benefits are those “proven effective based on science” and they should be updated regularly. Additionally, the trade group says HHS should consider allowing restrictions on the number of visits covered in certain situations to keep premiums affordable.

“The broader the benefit package, the higher the cost for families and employers,” says Robert Zirkelbach, spokesman for AHIP.

Don’t set limits on the number of visits, says Stephen Finan, director of policy for the American Cancer Society Cancer Action Network.   “If a patient requires chemotherapy every week for a year they should not be hindered by an arbitrary rule about only getting 35 visits.”

“If it’s medically necessary, it should be covered,” Marina Weiss, a senior vice president at the March of Dimes, says.

Currently, benefit packages are established by insurers, sometimes in conjunction with employers who are purchasing them. Insurance plans typically cover a wide range of services, from emergency room care to hospitalization and doctor office visits, with the caveat that the treatments be deemed medically necessary. Some treatments, such as cosmetic surgery, are generally not covered. Others — including bariatric surgery for obesity, infertility treatment or new, experimental types of services  fall into a gray area and may not be covered.

Advocates have succeeded in getting most states to set rules requiring coverage for specific treatments and conditions. Some states, for example, include infertility, autism, Lyme disease, hearing aids or prosthetic limbs.  Some state rules specify what kinds of specialists must be covered, ranging from acupuncturists and dentists to massage therapists or pastoral counselors.

Under the health law, states can keep coverage requirements not included in the essential benefit package  but would be responsible for paying insurers the additional costs for those benefits in policies sold through state exchanges.

Many activists fear that requirements left out of the federal benefit package will be repealed by states.  “That will give states a chance or an excuse to then get rid of any kind of mandate,” says Karen Forschner, chairwoman of the board of directors of the Lyme Disease Foundation, in Tolland, Conn.

Without such laws, “families suffer huge gaps in coverage,” he says. “They can be denied specific services such as speech therapy.”

“People have made decisions about job choices and where to live based on state laws,” says Spielman, who wants the administration to consider state rules when developing the benefits package. “This is not a blank slate.  There have been efforts in states to provide quality health care.”

Joe Nadglowski, CEO of the Obesity Action Coalition in Tampa, Fla., says three states require insurers to cover bariatric surgery for obese patients, while a handful of others require insurers to offer it as an option to employers purchasing small group coverage. He can’t buy it in Florida for his employees.

Adding a wider range of treatments would raise premium costs, Nadglowski acknowledges, but could save money over time if people sought both prevention and treatment for obesity.

“We can bite the bullet now and deal with it and it will cost bit more,” he says, “or continue to let costs explode over time.”