Like millions of Americans in this final week of open enrollment for the Affordable Care Act marketplaces, Diane McCabe is shopping for health insurance.

“At my age, I can’t go without it even though I’m healthy now,” said McCabe, 62, a self-employed real estate agent in Luzerne County, Pa. “But the process is frustrating, and the expense significant.”

That’s because McCabe is one of the 5 million people who buy their own coverage and pay the full cost. Her income is too high to qualify for a government subsidy to help defray the premium.

McCabe this week settled on a $773-a-month policy that has a $4,000 deductible — the amount she’ll have to pay out-of-pocket before insurance kicks in. She estimates that will account for at least 15 percent of her income in 2019.

Under the ACA, people who earn up to 400 percent of the poverty level (about $48,500 for an individual and $100,400 for a family of four in 2019) are eligible for premium subsidies. Eighty-seven percent of the 10.6 million people with ACA plans this year received a subsidy. 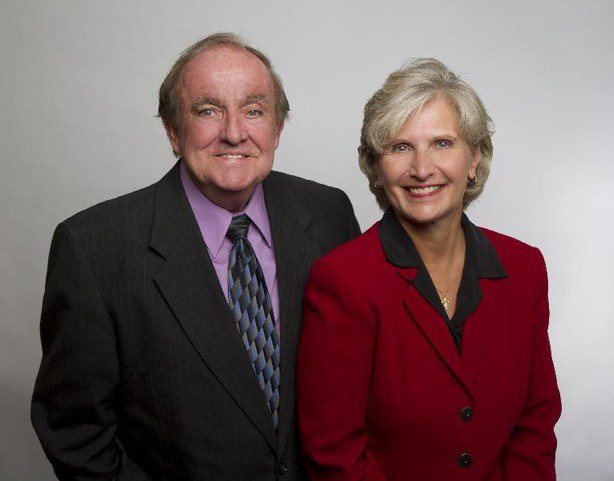 Diane McCabe, a self-employed real estate agent in Pennsylvania, says her insurance could eat up 15 percent of her income in 2019. Her husband, Ed, is covered by Medicare.(Courtesy of Diane McCabe)

The financial challenge for people like McCabe has come into much sharper focus during the past year, as insurance premiums have spiked.

These increasing costs plus rising deductibles and copayments have driven millions who don’t get a subsidy to drop their coverage or turn to cheaper, less comprehensive — and sometimes inadequate — insurance.

The Trump administration has highlighted the plight of the unsubsidized and said that its regulatory revamp of the health law will give consumers new, more affordable options. One of the key administration efforts is extending the use of short-term insurance plans that have lower premiums but don’t provide the full benefits that the ACA requires, such as continuous coverage of preexisting conditions or maternity care.

Those plans are not eligible for subsidies now, but, under regulations the administration proposed in October, subsidies could be available starting in 2020.

“The subsidy structure is unquestionably a problem,” said Chris Sloan, a director at Avalere Health, a policy and research think tank in Washington, D.C. “It’s a cruel reality for those above the income cutoffs. But it’s not clear that the administration’s actions are the best solution.”

Opponents of the Trump administration’s proposals contend they could lead young, healthy people to abandon ACA coverage and choose less comprehensive and expensive coverage — leaving more older and sicker people in the exchanges. That would result in steadily increasing costs for those plans, and could eventually destabilize the ACA marketplaces, policy analysts say.

Overall, about 4.4 million fewer people who buy coverage on their own were insured in 2018 compared to 2015, a decline from 18.8 to 14.4 million. Most of the decline occurred among people who don’t get subsidies.

On And Off Insurance

Cameron and Lori Llewellyn, of Dover, Del., have found insurance just too expensive.

In June 2017, Lori left a job that provided the family with good health coverage. She wanted to start her own business — a clothing boutique. Cameron is a self-employed construction contractor.

The Llewellyns tried to enroll in a plan through the ACA exchange in the summer of 2017. But Cameron’s income was too high to qualify for a subsidy. On the open market, they were quoted rates as high as $2,000 a month, with deductibles of $4,000 or more, for themselves and their 8-year-old daughter, Bryce.

They opted instead to go without coverage until the end of 2017. Then again, for this year, they ended up not qualifying for subsidies and decided to go without insurance. 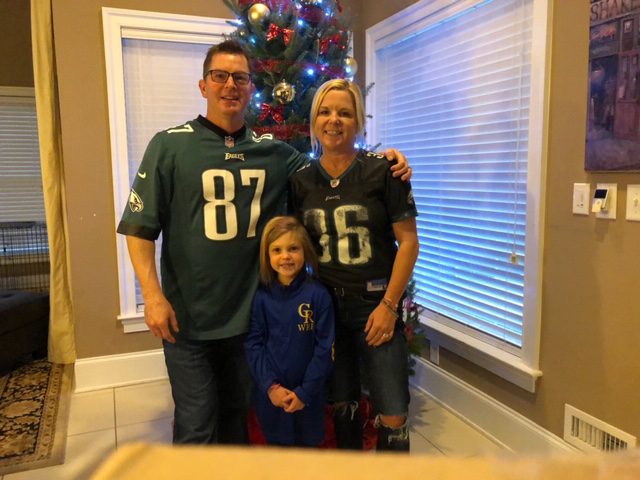 Cameron and Lori Llewellyn would like to buy insurance for themselves and their daughter, Bryce, but have found it too expensive. She is starting her own business and he is a self-employed construction contractor. But they said they may qualify for a premium subsidy in 2019.(Courtesy of Lori Llewellyn)

“We just couldn’t justify the expense, especially with that high of a deductible,” Lori said. “But it wasn’t a comfortable situation. We wanted coverage for all the reasons people know they need it.”

For 2019, the Llewellyns are trying again. They have enrolled through the state ACA exchange in a policy with a premium of $1,286 and a $7,900 deductible, but with a subsidy that will cover the entire premium.

But the most prevalent alternative to an ACA plan for people who don’t get subsidies in 2019 is likely to be a short-term plan.

Previously available for only 90 days — primarily to bridge gaps in coverage — the Trump administration expanded that time frame to 364 days.

The plans can be bought at any time, but sales are up now because more people are shopping during the ACA’s open enrollment, said Sean Malia, a senior director at eHealth, an online brokerage.

Melanie and Pete Howell, of Austin, Texas, are among eHealth’s newest customers. They had an ACA plan this year costing $1,100 a month with a $7,000 deductible. It covered the couple and their two children, ages 22 and 17.

The Howells’ income is too high to qualify for a subsidy. When their insurer notified them that the premium was going to $1,400 a month in 2019, they opted for a short-term plan that will cost $380 a month with a deductible of $12,500.

The plan does not cover prescription drugs, and the Howells will pay 30 percent of the costs for doctor, emergency room visits and any surgical procedures.

“This buys us some time at a much more affordable price to figure out what to do for the longer term,” said Melanie Howell.

Although both ACA critics and advocates say that addressing the high cost of coverage for non-subsidized families should be a priority, there are no easy bipartisan fixes in sight.

Many ACA supporters urge legislation that raises the threshold for subsides above 400 percent of poverty — to, say, 600 percent. But that stokes concerns of added federal spending.

A more realistic approach, for now, could be to permit states to experiment with ways to help those over the 400 percent threshold, said Sabrina Corlette, a research professor at the Georgetown University’s Health Policy Institute.

For example, with federal government permission, eight states have already launched, or will in 2019, “reinsurance” programs that redeploy federal dollars to help insurers cover the costs of families with high medical expenses. The programs have kept premium costs down for both people who get subsidies and those who don’t.

Another proposal would permit states more leeway to restructure the ACA subsidies to provide less help to people with high-cost health care needs and more help to those not currently eligible for subsidies.

“Letting states try things out has bipartisan support and there are mechanisms for that already in place,” Corlette said. “It would seem to have the best chance of yielding something useful to help this population [the unsubsidized] for now.”