The fall health insurance open enrollment season is when many people consider changes to their health coverage. This year, premiums will rise, although perhaps not as much as last year, and dependent coverage may be noticeably more expensive than in the past. Comparing plans may be easier, though, thanks to new coverage summaries that group health plans and insurers must provide. 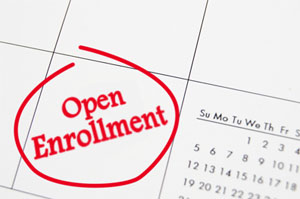 As employees review their plan options and benefit changes for next year, here are a few changes they can expect:

Health-care premiums are expected to rise 5.3 percent in 2013, to an average of $11,507 per employee, a slightly smaller increase than this year, according to a survey of mid-size to large companies by benefits consultant Towers Watson. Employees will pay an estimated $2,596 of that total.

Thanks in part to the 2010 health law’s provisions that allow adult children to stay on their parents’ plans until they reach age 26, employers are scrutinizing their dependent coverage policies more closely, experts say.

“Companies are not really wanting to be a dependent magnet,” says Tracy Watts, a partner at human resources consultant Mercer. “They want to be competitive, but not so generous that everybody comes onto their plan.”

Expect to see more dependent-coverage options — employee plus one child, employee plus two children, and so on — say experts, priced accordingly.

Over the next three to five years, companies expect to subsidize employee-only coverage at 75 percent and dependent coverage at 69 percent, according to Aon Hewitt’s 2012 employer health care survey.

In 2013, 38 percent of employers said they plan to significantly reduce their subsidization of coverage for dependents and spouses, and 29 percent planned to discourage spouses with coverage available elsewhere from signing on with the employee’s plan through surcharges and other means, Towers Watson found.

Nearly 60 percent of employers who responded to the Aon Hewitt survey said they offered their employees a consumer-driven health plan last year, referring to health plans that are linked to an account used to pay medical expenses, either a health savings account (HSA) or a health reimbursement arrangement (HRA). These plans often, but not always, have deductibles exceeding $1,000. Consumer-driven health plans are now the second most common type of plan offered by employers, after preferred provider organizations, according to the survey.

To date, many employers have focused on simply encouraging employees to participate in wellness activities, such as filling out a health risk questionnaire or getting their cholesterol checked. Now, more employers are asking to see results.

“Employers are saying, ‘OK, you took the questionnaire and checked your blood pressure; now what do you do about that?’ ” says Craig Rosenberg, national health care and welfare practice leader at Aon Hewitt.

Employees who keep their weight, blood pressure, blood sugar or cholesterol within recommended ranges or who participate in efforts aimed at meeting those targets may see a payoff in lower premiums, benefits experts say.

“People should look to see what their employers might be offering,” says Julie Stone, a senior consultant at Towers Watson. Financial incentives may include employer contributions to a health savings account, for example, or to help cover the cost of a deductible.

Under the health care overhaul, employers and insurers now must provide consumers with a document that summarizes in easy-to-understand language a health plan’s benefits and coverage details, cost-sharing requirements, and limitations and exceptions to coverage. Health plans must also provide examples of cost and coverage specifics for two real-world scenarios: having a baby and managing Type 2 diabetes.

Finally, the law requires that consumers be given a glossary of health insurance terms such as “deductible” and “coinsurance.”

The concept has been popular with consumers. More than 80 percent of respondents on a Kaiser Family Foundation poll last year said they liked the idea. (KHN is an editorially independent program of the foundation.) But insurers and businesses had asked the government to delay the implementation of the forms, saying they were complicated, costly and an administrative burden.

The summaries will not, however, include the policy price, even though consumer advocates had pressed the Obama administration to require that.

Your employer or insurer may provide additional printed information about plan options as well as access to online comparison tools to help you decide which plan best meets your needs, say experts.

Keep in mind that a few changes required under the Affordable Care Act will take effect next year:

Starting Jan. 1,  the maximum amount an employee can deposit in 2013 into an FSA to cover medical expenses on a pretax basis will be $2,500. Currently there are no dollar limits, though many employers cap contributions at $5,000.

Also as of January, you no longer will be able to itemize on your federal tax return deductions for unreimbursed medical expenses that exceed 7.5 percent of your adjusted gross income. The new threshold will be 10 percent.

When you get your W-2 form in January, look for a box reporting the total cost of your health insurance coverage, including amounts both you and your employer contribute. The figure is for your information only; you won’t be taxed on it.