Obama administration officials have warned that ambitious experiments run by the health law’s $10 billion innovation lab wouldn’t always be successful. Now there is evidence their caution was well placed.

Only a small minority of community groups getting federal reimbursement to reduce expensive hospital readmissions produced significant results compared with those from sites that weren’t part of the $300 million program, according to partial, early results. The closely watched program is one of many tests to control costs and improve care being run by the Center for Medicare and Medicaid Innovation, which was created by the Affordable Care Act. 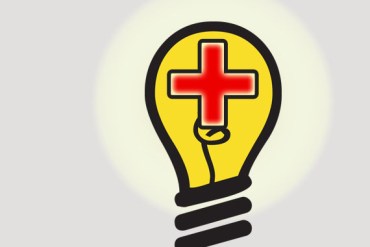 Dozens of community agencies on aging, from Ventura County, Calif., to southern Maine were offered money to try to ensure that seniors leaving the hospital received care that reduced their chances of being readmitted within a month.

But an early evaluation found that only four groups out of 48 that were studied in the Community-based Care Transition Program significantly cut readmissions compared with those of a control group.

At the same time, 29 groups have either withdrawn from the program or been terminated by the Department of Health and Human Services for failing to achieve targets, agency officials said. The CCTP project, which has grown since the evaluation was done, now has 72 participating sites  that administration officials hope will still produce readmission reductions and lessons in post-hospital care in return for the investment.

The evaluation, produced under contract with HHS by consulting firm Econometrica, is one of the first independent analyses of an innovation-lab test to be made public. It is dated May 30, 2014, but was posted on HHS’ website Jan. 2.

The 111-page report notwithstanding, experts said it’s too soon to pronounce substantial judgment on CCTP.

“It’s really too early to tell,” said Ellen Lukens, who leads the practice on hospital and post-hospital care at Avalere Health, a consulting firm. “Can you really evaluate this when it’s been such a short period of time?”

A five-year experiment, the program signed its first round of deals with community agencies in late 2011 and its fifth and last round in March 2013. Econometrica’s report covered partial-2012 results from groups participating in the early rounds, including some for which only a few months of data were available. Congress required the lab to closely monitor all tests, which explains the early evaluation, experts said.

One positive note was that “a lot of the sites were able to implement the program very quickly,” Lukens said, adding that later data will give a better idea of CCTP’s effectiveness.

The readmissions result — less than one site in 10 significantly reducing them — “seems kind of wimpy,” said Eric Coleman, a professor at the University of Colorado whose previous work on care for discharged patients influenced the CCTP program. He said he remains optimistic about the tests, however, also noting that the results are early and praising HHS for cutting off nonperforming groups.

“This is really the first glance of the first two waves of the program,” said HHS spokesman Raymond Thorn. “It’s too early to determine whether this model is failing or not. We will have successes.”

CCTP is one of dozens of experiments being run by HHS’ innovation lab, which has a 10-year, $10 billion budget. Preventable readmissions are calculated to cost the Medicare program for seniors $17 billion a year.

Paying community agencies to work with hospitals was thought to be one potential way of reducing them. Rather than getting grants, agencies are paid according to the discharge cases they handle.

Plus, numerous groups and hospitals are working to cut readmissions through other means. That increases competition for aging agencies trying to make their mark and raises the difficulty of measuring their results separately from those of other programs.

Readmissions have been dropping nationally since Medicare began penalizing hospitals in late 2012 if they have too many. Some CCTP groups reduced readmissions — but so did comparison hospitals. That means the system improved overall in those areas and money was saved, but statistically the aging agencies did not show up as the critical factor.

Coleman faulted HHS for requiring agencies to file detailed reports on care models and administration rather than letting them focus on the main job.

“If it doesn’t reduce readmissions it’s game over, so why do you want all these process measures?” he said. “If we want these sites to succeed we need to get out of their way.”

Originally more than 100 agencies agreed to participate. But 29, including New York Methodist Hospital and Pennsylvania’s Delaware County Office of Services for the Aging, have withdrawn or didn’t have contracts renewed because they missed readmission-reduction or enrollment targets, HHS said.

A complete list of agencies that have left the program is here.

Administration officials like to compare the lab to a venture capital fund, in which many investments are expected to fail but a few succeed spectacularly. Many Republicans think it’s a waste.