KHN’s Mary Agnes Carey talks with Jackie Judd about the agreement Senate and House negotiators reached today on the “doc fix,” which avoids a cut in Medicare physician payment rates for the rest of the year. 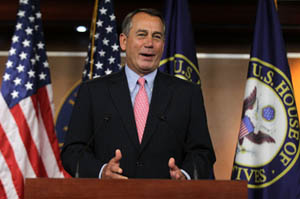 >> Listen to the interview.

JACKIE JUDD: Good Day, this is Health on the Hill. I’m Jackie Judd. Breaking news from Capitol Hill where Senate and House negotiators have reached agreement on the “doc fix,” so that physicians treating Medicare patients will not have payments slashed by 27 percent later this month. Covering the story is Mary Agnes Carey of Kaiser Health News. Mary Agnes, what are the details?

MARY AGNES CAREY: As you mentioned, the big news here is that the physicians will not see a payment cut starting March 1st. They were scheduled to get a 27 percent payment cut. That payment cut will not happen for the rest of the year. But they also did not get a payment increase, which is what the House-passed bill would have done. Many physicians who take Medicare patients would have liked to have seen that.

They also made some changes in a package of things called Medicare extenders – policy provisions. But concerning health care, this is certainly the biggest news of the day.

JACKIE JUDD: And what does it cost to restore those payments, or to maintain them at the current level?

MARY AGNES CAREY: About $20 billion for a 10-month fix, which has been the problem all along here, is how expensive these fixes can be whether they’re short-term or longer-term.

JACKIE JUDD: And where did they find  the $20 billion?

MARY ANGES CAREY:  … Medicaid payment to hospitals that take a lot of low-income folks.  Those reductions would be extended for another year.

JACKIE JUDD:  Pockets of opposition to any of this?  Where the savings were found?

MARY ANGES CAREY:  Some Democrats will tell you that they’re not crazy about the idea of money, for example, coming out of the prevention fund, or being taken out of the additional Medicaid funding to help hospitals with these low-income individuals.  But they also didn’t want to see Medicare physicians get their payments cut.  They’re unhappy about that.

You’ve got some conservative Democrats that are not happy about the overall package in which this Medicare physician payment fix is included.  That larger package includes a continuation of the payroll tax holiday which is not funded by any payment offsets.  That’s got some Republican conservatives, especially in the House, upset about it.

JACKIE JUDD:  With the doc fix it’s a 10-month Band-Aid.  Did they try to go longer to make even a permanent fix?  Why was this the best they could do, when they know it’s going to come back?

MARY ANGES CAREY:  Conferees a few weeks ago were talking about “wouldn’t it be great if we could get rid of the SGR once and for all.”  And there had been some support from some Republicans and some Democrats to use the war savings – the drawdown from the military efforts in Iraq and Afghanistan – to fund that repeal, which is well over $300 billion over the next decade.  But conservatives in the House, Speaker John Boehner, the Republican speaker of the House, said, basically, they wouldn’t get behind that.  They thought that was not solid money, not a solid pay-for.

So once that went away, members had to look at what could they do in the most immediate sense to stop the payment [cuts], to get it at least to the end of the year.  But by taking this to December, it means we get to revisit it again right around Christmas.

JACKIE JUDD:  And when will the votes be taken in the full House and the Senate?

MARY ANGES CAREY:  The timing is unclear.  They’re hoping to be able to take the vote in the House possibly tomorrow, with Senate action to follow on Saturday.  But right now that is quite fluid, and we’re waiting see what they determine.