>> Click here to listen to audio of the conversation

MARY AGNES CAREY:  Welcome to Health On The Hill.  I’m Mary Agnes Carey. After a rocky rollout, healthcare.gov may be headed for more trouble this fall. Federal investigators told Congress Thursday that sloppy oversight and poor planning led to cost overruns and technical problems at the website, and that significant risks remain for the fall enrollment period. A Centers for Medicare and Medicaid services official also testifying at a House hearing said that while the agency is working to improve the site,  there will be bumps when enrollment resumes in November. CQ Roll Call’s Melissa Attias was at the hearing and joins us now. Thanks so much for being here.

MELISSA ATTIAS:  Thanks for having me.

MARY AGNES CAREY:  I’d like to focus first on the report from the Government Accountability Office that detailed problems with healthcare.gov. Melissa I know you have covered a lot of these hearings. For you what were the key takeaways?

MELISSA ATTIAS:  First GAO found that CMS did not employ effective planning or oversight as it developed healthcare.gov, which was the website for the federal exchange. And they said that happened even though there were things that increased the need for oversight and that there were risks. 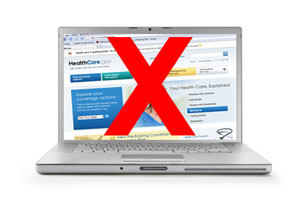 The agency also found that the effort to meet project deadlines affected a number of CMS’s decisions. And they found that CMS delayed some things, — they delayed a readiness assessment for the federal exchange from March 2013 to September of that year, which meant that the website launched without CMS verifying that it met performance requirements. The agency also found that CMS saw significant performance issues with the contractor for the federal exchange at the time, which was CGI Federal, especially as the Oct. 1 open enrollment deadline neared, but that they took limited steps in response.

And GAO said that CMS awarded a new contract to another contractor, but that since then costs have risen and the backend system for the exchange still isn’t ready.

MARY AGNES CAREY: How did the administration respond to all of this?

MELISSA ATTIAS: Andy Slavitt, who is the principal deputy administrator at CMS — and he is just three weeks into the job — said that he agreed with recommendations that GAO made in the report for improvement. But he also said that the report wasn’t news to the people at this agency, and that they’ve had actions underway before the report came out. He also said the situation is vastly different from the rollout last fall, since the website is already up and running, and that officials are making improvements. But he said there will still be some bumps in the road.

MARY AGNES CAREY: So what is he talking about when he says bumps?

MELISSA ATTIAS: By bumps, he’s saying there are things in place to make the process smoother but that it won’t be perfect. For example, he said, it’s now very clear who can give work to the contractor and how that work gets approved, which was an issue identified in the report.  He also said the new contractor has skin in the game to make sure it delivers.

MARY AGNES CAREY:  Before healthcare.gov launched last year, CMS officials told the House Energy & Commerce Subcommittee on Oversight and Investigations – that was the same panel that had the hearing today – that the website was ready to go. The subcommittee chair, Tim Murphy, asked the GAO witness today if he had evidence that those officials knew the site wasn’t going to work and that they knew that when they testified last fall.

What was the response on that?

MELISSA ATTIAS:  The top Democrat on the subcommittee, who is Diana DeGette of Colorado, really took pains to make sure this was clarified. The GAO witness said that files his agency reviewed suggest that people within CMS knew that the website would not work on Oct. 1. He said GAO found some indication that there were estimates in the spring of 2013 that the federal exchange would only be 65 percent complete by the deadline.

But he said he had no evidence that CMS Administrator Marilyn Tavenner or a former CMS official, Gary Cohen, knew that the site would not be ready – or live in other words – when they testified before the committee.

MARY AGNES CAREY:  In some cases, federal and state officials have had difficulties verifying the identities of people who have enrolled in healthcare.gov and received subsidies to help defray the costs. An earlier GAO report found that the agency was able to get coverage and subsidies for fake applicants. And now we have this.

What does it all mean for the fall enrollment period?

MELISSA ATTIAS:  I think it means that any problems with open enrollment are really going to be under the microscope as it gets underway.

Obviously, politically these issues that many Democrats want to move on from from last open enrollment and the problems saw there are going to keep coming up, also. As the investigations continue, we’re told to expect more reports, and we also have the November elections coming up. There’s always expected to be a lot of attention on the health law.

MARY AGNES CAREY:  Sounds like we’re going to have lots to talk about. Thanks very much, Melissa Attias of CQ Roll Call.