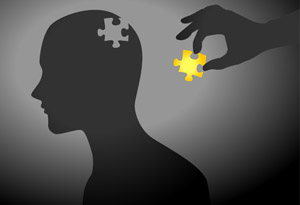 MARY AGNES CAREY: Welcome to Health on the Hill, I’m Mary Agnes Carey. Today the Obama administration published long anticipated regulations implementing the Mental Health Parity Law. Rebecca Adams of CQ HealthBeat has followed this issue closely and joins us now. Rebecca, thanks for taking time to talk with us.

Rebecca, what is the Mental Health Parity Law?

REBECCA ADAMS, CQ HEALTHBEAT: The Mental Health Parity Law is legislation that says that the health insurance plan covers mental health and substance abuse services. You can’t have limits on that care that’s different than the restrictions on treatment for physical health. Congress passed two different laws on this. One in 1996, that was the first step. And then in 2008 they expanded it. And the 2008 law expanded it so that people with addiction problems, not just mental health issues, were covered. And it also said that you can’t have higher co-pays and deductibles for mental health and substance abuse than you do for physical problems. The 2008 law also said that plans can’t impose different treatment limits. So for instance, that means that insurers can’t have different caps on the number on visits for behavioral health than they do for physical sickness.

MARY AGNES CAREY: So you just talked about laws passed in 1996 and 2008. Now it’s 2013. So what has taken so long to issue these final regulations?

REBECCA ADAMS: The Obama administration, they wrote the preliminary rule in 2010, and that rule attracted more than 5,000 comments that they had to sort through. And this is complicated. It’s politically difficult and the issues that were raised by the comments were very in the weeds, very technical questions that they had to address. You have to remember that this was happening at the same time that the administration is dealing with its number one priority, which is standing up the new marketplaces and implementing the 2010 health care law. That’s the president’s top domestic priority and they really were focused on trying to get that right.

MARY AGNES CAREY: Can you give us an example of what the new law means in terms of insurance coverage for someone who needs mental health services?

REBECCA ADAMS: These rules are important because insurers have to give patients clear information about their benefits. They have to let them appeal if the insurance company denies a mental health or substance abuse claim. There are all sorts of things they cleared up that were a little bit vague in the preliminary rule that they put out in 2010.

So they said in this new rule that you can’t have tougher requirements for people to get an okay from the insurance company for behavioral problems like bipolar disorder or a suicide attempt than you would for a physical illness like a heart attack. One big area of concern was a level of care that is known as intermediate care. And that’s care that is somewhere between hospital and patient care in a visit to your doctor’s office. And the rule made it clear that you can’t have different kinds of limits on mental health and substance abuse treatment than you do for physical health in that area. The original rule was a little bit vague on that.

They also said that you can’t have different kinds of limits on where you get your care. For example, if you can go out of state to go get surgery for a physical problem, then you ought to be able to go out of state for rehab for addiction or for mental health care.

MARY AGNES CAREY: Is there a figure for how much this might increase health insurance costs?

REBECCA ADAMS:  It’s not expected to really jack up costs significantly. The rules say that if the costs for insurers goes up by a 2 percent increase in the first year, then the insurance company can actually get a exemption from the parity protection for the following year.

So they don’t have to be as careful about making sure that every treatment for mental health and substance abuse is similar to the treatment for physical problems. And after that, plans can also continue to get exemptions. They can get exemptions if their costs go up by a 1 percent increase after that.

So they don’t expect these to be major problems in terms of driving up health insurance premiums.

MARY AGNES CAREY:  So while they could get an exemption, they’re not expected to get one. Is that a fair assessment?

REBECCA ADAMS:  It’s not clear, but, certainly, there’s not an expectation that there would be widespread exemptions, because a lot of insurance companies already comply.

MARY AGNES CAREY:  How do these new mental health parity regulations mesh with implementation of the health care law?

REBECCA ADAMS:  Supporters of the health care law will say that, together with the mental health parity law, that this represents the biggest expansion of mental health coverage in a generation.

The 2010 health care law says that insurers, starting next year, need to cover mental health and substance abuse conditions. So you’ll see in the new marketplaces, for people who are buying coverage on their own, the coverage starting in January says that insurers can’t discriminate anymore against people who have mental health or substance abuse problems. The insurance has to cover it, and they can’t charge people with those problems a lot more than they charge people who are the same age, who are healthier.

With the mental health parity law in place, we’ll see expanded coverage, and we’ll see that coverage for these conditions has to be offered in ways that are similar to the protections for people with physical problems.

MARY AGNES CAREY:  Thanks so much Rebecca Adams of CQ HealthBeat.