MEXICALI, Mexico — It wasn’t even May before thermometers hit 100 degrees in this Mexican border city. Tania was washing clothes for her two daughters when she started to feel queasy and weak. She lay down in a bed at the stifling migrant shelter where she’d taken refuge with her fiance and children.

But the throbbing pain and nausea wouldn’t go away, and she fainted. She was taken to a Mexican Red Cross hospital, one of the few places where asylum-seekers like her, waiting at the U.S. border to plead their case, can go in an emergency.

“Where I’m from, we don’t have heat like this,” she told California Healthline from her hospital bed.

Tania and her family are among thousands of Central Americans living in uncertainty in Mexican border cities as a result of Trump administration policies that require migrants to wait out asylum requests on the southern side of the border.

In Mexicali, a sprawling industrial metropolis of more than 750,000 people, the fragile ecosystem of shelters is strained; some operators have begun to charge asylum-seekers for lodging and other services. And with social services stretched thin, a new threat looms: the heat of summer in one of the most torrid regions on Earth.

Historically, migrants in Mexicali make their way to coastal Tijuana this time of year in a search of more tolerable temperatures. Many, including Tania’s family, already have undertaken the trek because asylum-seekers who cross the border from Mexicali to Calexico, Calif., are given court dates 100 miles west in the San Diego area.

But choosing to wait out their asylum cases in Tijuana, across the border from San Diego, comes with menace of its own: saturated shelters and a vicious criminal element that fueled 2,519 murders last year.

Tania’s fiance worked as a night guard in a gated community while they were in Mexicali, and saved enough money for the family to rent a room in a private home when they got to Tijuana. But the money won’t last until their court date at the end of May. They are hoping space will open in a shelter. If not, they don’t know where they will go.

Tania says she is trying to observe U.S. protocol in her quest for asylum but can’t help feeling she’s been penalized for following the rules. (Her name has been changed in this story, along with those of other migrants, because of their fear that speaking with news media could affect their bids for asylum.)

Tania and her daughters left their home in the highlands of Guatemala in January. She said they fled after the father of her children, who is involved with a criminal gang, killed another member of her family and threatened her.

At Mexico’s southern border, they spent months at a detention camp waiting for a humanitarian visa that would allow them to make their way north. Hearing about the dangers of Tijuana, they first went to Mexicali, where they waited weeks longer for their number to come up to cross into the U.S. to apply for asylum at a port of entry in Calexico.

It was then mid-April. The U.S. Border Patrol gave them paperwork for a court date in San Diego at the end of May. They were sent back to Mexicali. 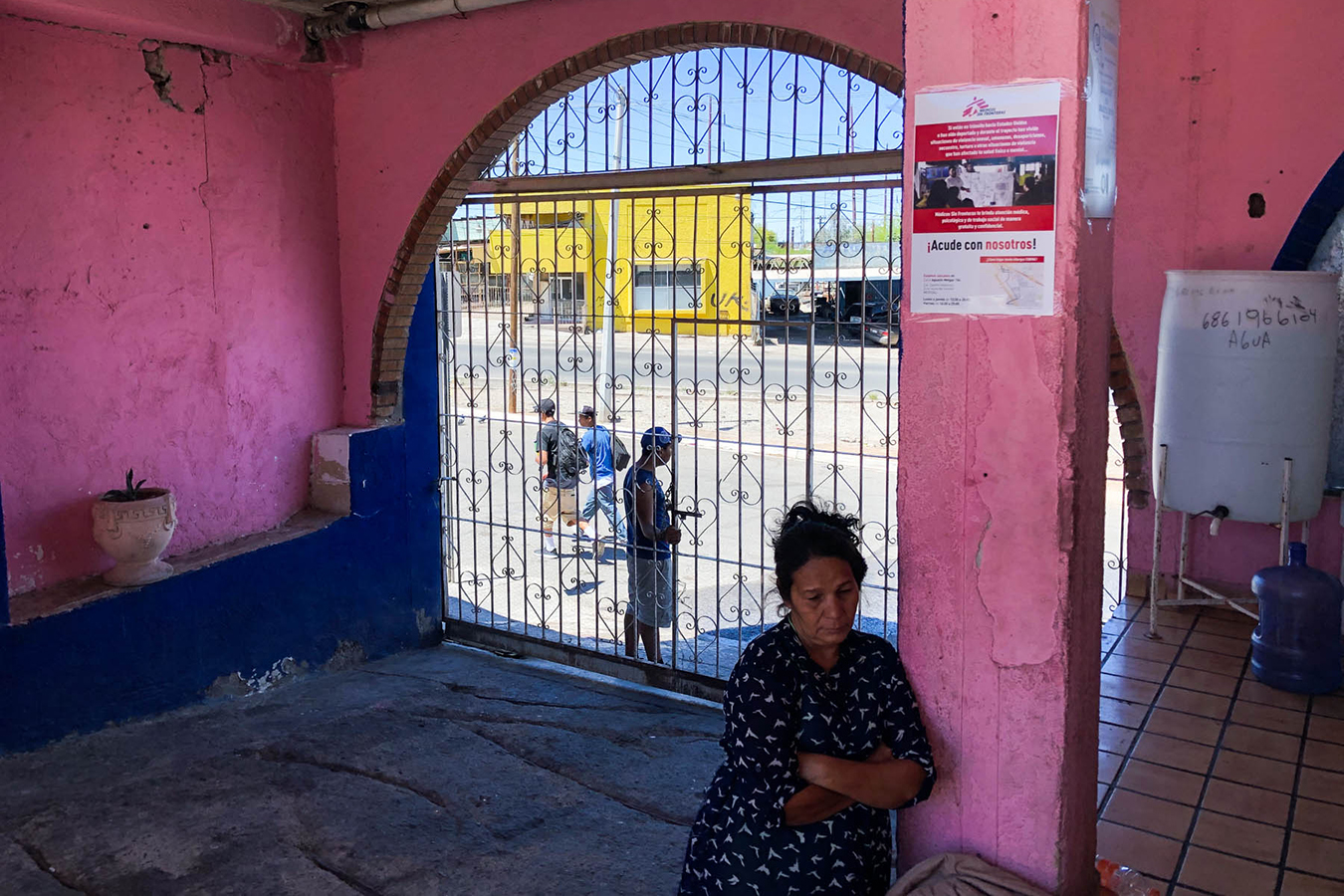 A woman who was returned to Mexico that morning after applying for asylum worries where she and her family might end up. Their room at the shelter had already been given to a new family. (Anna Maria Barry-Jester/KHN)

The Trump administration, hoping to deter the surging tide of Central American migrants seeking asylum, has instituted an array of policies making it more arduous to file claims. Migrants are supposed to present themselves at one of a few designated ports of entry, and only a limited number of people are allowed to apply each day. Migrants add their names to a list with thousands of others and wait weeks for their turn.

Since January, most people who arrive at three of the designated ports — San Diego, Calexico and El Paso, Texas — have been assigned court dates then sent back to Mexico. The halting legal proceedings that follow can stretch across months. The result is thousands of people living in crowded, high-risk conditions for extended periods, without a clear timetable or visible goal line.

In Mexicali, the heat poses a potentially lethal threat for migrants living in subsistence conditions. Summer temperatures routinely top 100 degrees in the surrounding desert. In California’s Imperial County, just north of Mexicali, heat contributed to at least 25 deaths and hundreds of hospital visits in 2018, according to county data.

Preexisting conditions such as heart, kidney and liver disease can be exacerbated by heat, said Rupa Basu, chief of the air and climate epidemiology section at the California Environmental Protection Agency. For vulnerable groups, including infants and children, heat can be deadly even absent underlying health concerns.

Many asylum-seekers aren’t used to the heat. They come from cities and towns in the mountains of Central America, where conditions are temperate year-round. In Mexicali, many are staying in decaying warehouse-like shelters, sleeping on mats in hot, crowded, open rooms. They don’t have fans, let alone air conditioning. 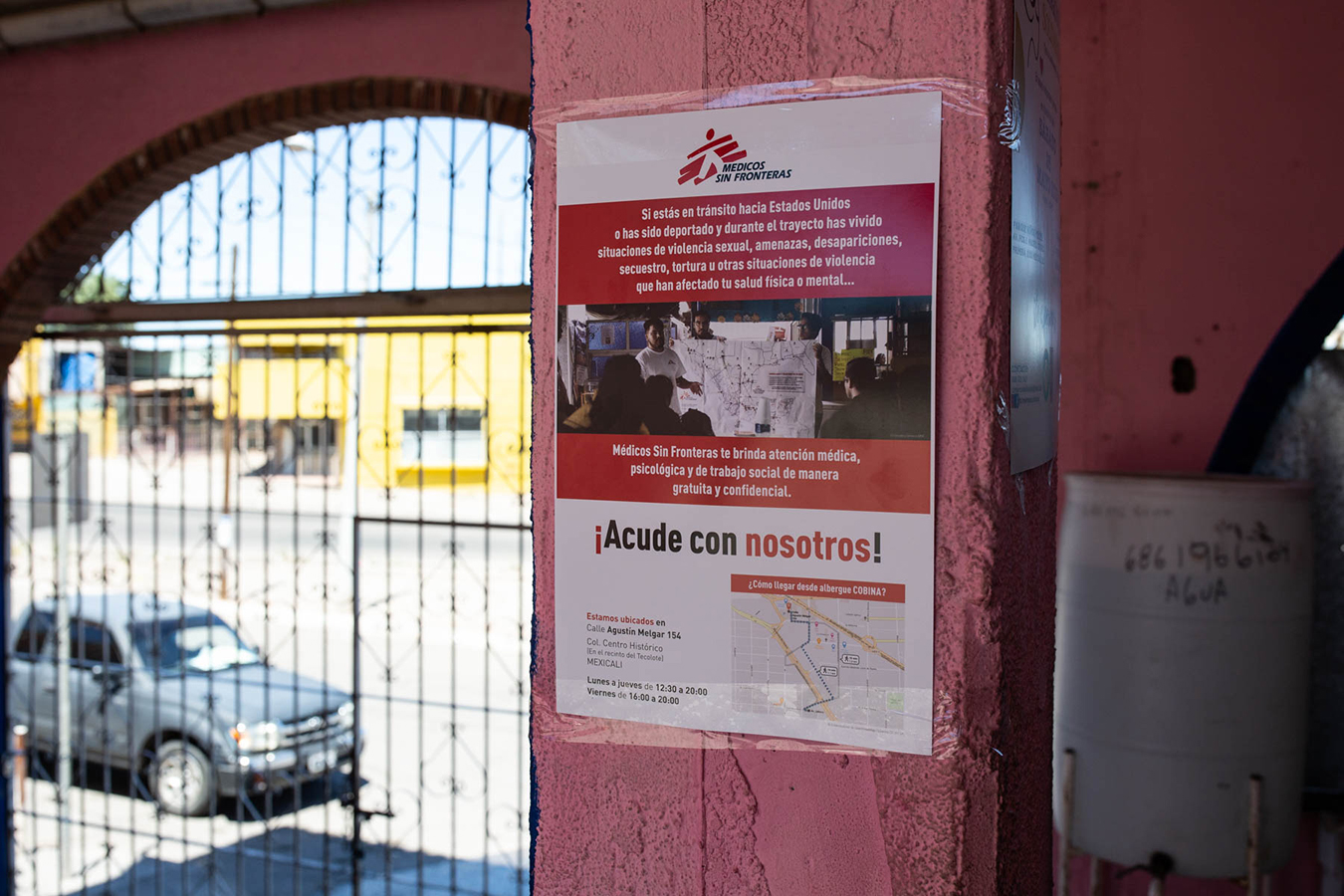 Doctors Without Borders opened a clinic in Mexicali in April. The organization, known for its work in crisis zones, chose the city because of its lack of services for migrants. (Anna Maria Barry-Jester/KHN)

Even in early spring, Tania and her family were shocked by the intensity of the heat, one of many health concerns that surfaced in Mexicali. Before Tania fainted, her 4-year-old daughter, Wendy, developed sores on her face. They sought care at a Doctors Without Borders clinic, where Wendy was diagnosed with a viral infection.

Known for its work in war zones and humanitarian crises, Doctors Without Borders set up shop in Mexicali in April for a three-month trial run. Clinic doctors said they chose Mexicali because so few services are available there for asylum-seekers.

Unlike past waves of migration, which predominantly involved single men from Mexico hoping to sneak into the U.S. to find work, the current influx is made up largely of families fleeing poverty and violence in Honduras, Guatemala and El Salvador. The majority cross in remote areas of the southwestern border — dry and treacherous terrain that has claimed the lives of thousands of migrants over the last 20 years.

Most of the families crossing via these remote routes seek out Border Patrol agents and request asylum. After brief stays in federal detention facilities, many are released into the U.S. while they await their legal proceedings.

By contrast, the families following the rules and crossing at the designated ports of entry can face monthslong waits on the Mexican side of the border.

Kelly Overton is the founder of Border Kindness, a charity group providing food and travel support to migrants living in the Mexican shelters. Overton said he initially thought waiting in Mexico might be a step up from the conditions in U.S. immigration detention. But the longer he’s in Mexicali, the more he sees the ways in which people are vulnerable to exploitation.

“Anyone who can get something out of them will,” he said. “And there’s really nothing left for them to give by the time they get here.” 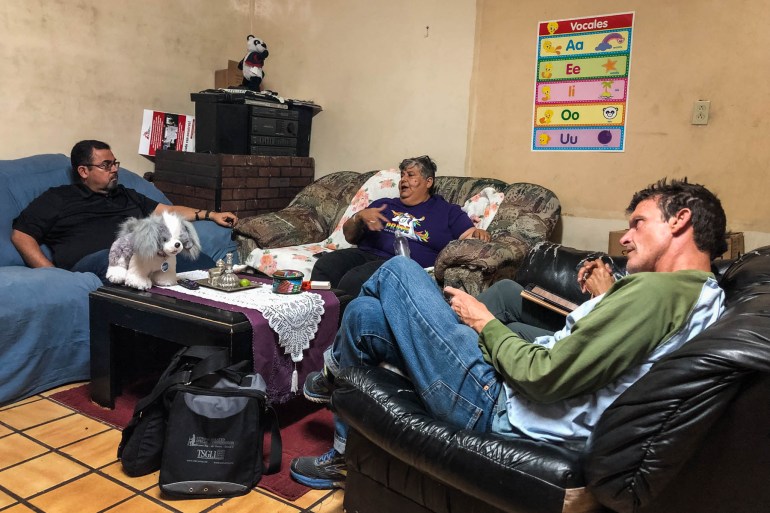 Kelly Overton, the founder of Border Kindness, talks with shelter operators about the growing number of migrants returned to Mexico while they await asylum proceedings.(Anna Maria Barry-Jester/KHN) 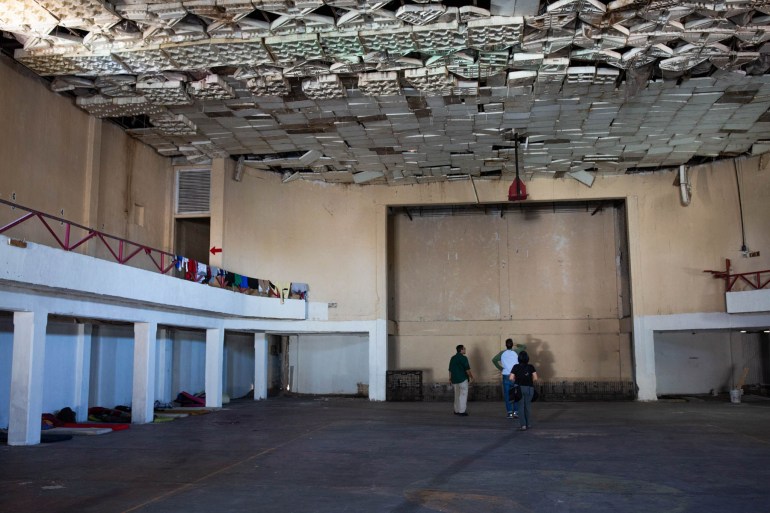 Staff and volunteers of Border Kindness, a nonprofit working with migrants in the Mexicali-Calexico area, tour a newly opened shelter in a former theater, looking for people returned to Mexico under Trump administration policy. (Anna Maria Barry-Jester/KHN)

Claudia, a Guatemalan mother of three, spent nearly two months in Mexicali, first waiting to request asylum and then waiting for her initial hearing. She passed the days cooking for others at a shelter, afraid to go outside, she said, because the gangs that had threatened her back in Guatemala continued to send her menacing messages via Facebook, telling her they were tracking her. Stories of migrants who’d been exploited, robbed or kidnapped traveled quickly through the shelter.

In early May, Claudia and her children made their way to Tijuana with the help of Border Kindness. She was determined to attend a court hearing, despite what she’d heard about the city’s dangers, particularly for a single mom with young children. The explosion of a cutthroat methamphetamine trade has made Tijuana one of the world’s deadliest cities. As the family traveled west, the air cooled but her anxiety rose.

Jeremy Slack, an ethnographer at the University of Texas at El Paso who studies border security, said the long waits at the border put migrants at greater risk of violence. “From my position, it’s like ‘How do we come up with the policy that puts people in the most danger, makes things most difficult for them and helps the drug cartels?’” he said.

In mid-May, Claudia and her children went to their initial court hearing near San Diego. She was nervous, but hopeful that photos of her scars from violence in Guatemala and screenshots of the threatening messages she’d received since leaving would provide sufficient evidence that she was unsafe in Mexico. Her wait came to an anticlimactic end: She was told she needed a lawyer and was given another court date several weeks in the future. The family was bused back to Tijuana.

Claudia had until noon the next day to get out of her hotel room, and no money for a longer stay. She couldn’t find space at the city’s shelters. She said she was sure someone followed her when she went out with her son that evening.

Early the next morning, she set off with more than a dozen other returnees. They would cross the border somewhere in the desert and turn themselves in to Border Patrol. “I’m in danger here,” she said of Tijuana. “I am not going to stay here any longer.”