The Department of Health and Human Services recently unveiled a comprehensive strategy to reduce health disparities among racial and ethnic minorities. 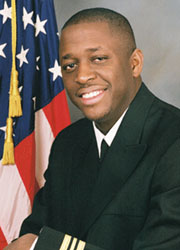 HHS officials said the plan builds on provisions in the health overhaul law and represents the most comprehensive effort ever at HHS to address racial and ethnic health care disparities. In addition, HHS will step up its efforts to gather and analyze data about health issues in minority communities.

Dr. Garth N. Graham, HHS deputy assistant secretary for minority health, spoke with KHN’s Mary Agnes Carey to talk about the plan and its role in the health care system. Below are edited excerpts of that interview.

What are health care disparities and why should people care about this issue?

Health care disparities are differences in health outcomes between various populations. We see that Hispanic Americans, African Americans, Asian Americans sometimes are affected by certain diseases disproportionately compared to the rest of the population. If diseases disproportionately affect a certain community, it makes that community less productive and less able to contribute overall. If we want to have health equity in our country, we want to make sure all populations achieve a similar life expectancy.

Does this mean that certain groups of people suffer more from illnesses such as heart disease or diabetes, or are there also disparities in how these illnesses are treated?

Both. You see higher incidence of diabetes, hypertension and heart disease in minority communities but you also see disparities in treatment. There’s data to show certain minority communities, even when they present with similar [symptoms], are less likely to get certain interventions across the board.

How will you know if the plan is working?

We will hold ourselves accountable in general, and the plan is going to be updated on a yearly basis where we will track certain measures to see where we’ve gone [and] what we’ve done. If strategies don’t work we will have to retool and go in a different direction. We are going to be very public whether progress has been made or not.

What does the health law do to reduce health care disparities?

There are specific provisions around workforce diversity, cultural competency and improving data collection so we have get better data on minority populations. And of course the fact that we are going to be expanding health insurance [will benefit] minority populations [because they] overwhelmingly make up the ranks of the uninsured.

What will you do with the data you collect?

What is cultural competency?

Five years from now, what will the health care disparity issue look like in America?

We’re hoping in five years we will see more narrowing of the gap between minority populations and others. The short term goal is to see an impact in health care outcomes in minority populations through these actions. We want to be very transparent about the results. When we do our annual reviews we want to have people see where we are. We are making ourselves transparent to be able to show all those organizations who worked with us just where we are.