Dr. Elena V. Rios is president of the National Hispanic Medical Association, which she  founded in 1994 and which advocates on behalf of the nation’s 45,000 Hispanic health care professionals. One of the goals in the Affordable Care Act is building diversity in the health care workforce. The number of Hispanics attending medical school continues to increase, rising to 1,826 enrollees, according to an October 2013 report from the Association of American Medical Colleges. Despite that increase, Hispanics represent only slightly more than 9 percent of the enrollees compared with their nearly 17 percent of the population, making health care work force diversity a continuing challenge for the NHMA.

Rios recently spoke with Kaiser Health News reporter Marissa Evans. Her comments have been edited for space and clarity.

What would you say has been the most effective program or initiative of NHMA?

That’s our NHMA leadership fellowship. We have trained about 220 doctors (since 1999). These are the doctors that we nominate to national committees. Some of them have taken jobs inside HHS. It is going to continue. That’s our flagship program. We started the leadership development program for residents, and we have a mentoring program for medical students and public health students, but looking back that’s the most significant accomplishment.

What are some of the major concerns and challenges you or your members face as doctors?

No one at one point could have predicted that Hispanics would overtake blacks in this country to be the No. 1 ethnic minority. By the year 2042, the Census says one in four Americans will be of Hispanic origin. It doesn’t mean they’re all going to be Spanish-speaking, but they’re going to be more interested in having providers who can appreciate their culture and understand their families’ dynamics and their traditions, what types of food they like if they’re going to give them nutrition advice…so that’s the challenge, and it’s an opportunity for our organization to be partners with those who don’t understand that challenge. 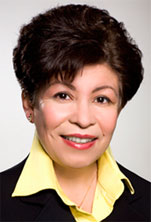 We need diversity in medical education at all levels, from medical students as well as faculty, as well as mentoring, so that more students who are not students of color can get a better understanding of how to take care of people.

What are the biggest obstacles to achieving diversity in the health field?

Grammar school students need to have discipline about math and science and better understanding of homework skills. So by the time they get to high school they’re able to handle the algebra and trigonometry, some science, chemistry, so that you can apply to college and get into college courses that allow you to take the pre-med requirements.

Why are more minority physicians going into primary care as opposed to specializing?

I think things are changing a bit. I’ve seen students and residents going into emergency medicine and surgery a little bit more. But there’s still this large percentage of minority medical students in primary care compared to white medical students. I think it has to do with the competitiveness of specialty residency programs. They have remained very small and hard to get into. You have to be top of the class, you have to be very competitive. On the other hand, there are a lot of minority doctors who come from poor communities who would like to put their shingle out and start their own practice to help their community.

What do you think the Affordable Care Act means for Hispanic doctors but also NHMA itself?

It’s an opportunity for more students of color and Latino students to continue to build their enthusiasm for a future where they’re needed. The Affordable Care Act is going to be more health information technology, more reporting, more evidence based medicine, having to have consultants that help them connect to hospitals and be part of systems. It’s going to become “are you coordinating the care of your patients?”  “are you able to decrease the hospitalizations?” “are you having home health care for your patients and are you able to understand the resources in your community to give to your patients?” “Do you know about the Dial-A-Ride and the home meals?” All of these social services are now going to become part of medical care. So primary care doctors are going to have more demands on their time for their patients, and that’s what patient centered care is all about.

Which states, if any, stand out in terms of how they’re promoting diversity in the health care workforce?

I come from California so I’m biased. In the early ‘90s they switched their Medicaid programs to managed care, So all the health plans that were created for managed care for Medicaid, actually put in contracts for cultural competence and language. California also was one of the few states in the country that has changed the license or policy that requires doctors to have cultural competence training. There hasn’t been any state that has been able to say that it has, proportion-wise, as manyHispanic or black doctors compared to their populations.

Hispanics Interested In ‘Having Providers Who Can Appreciate Their Culture,’ Medical Leader Says