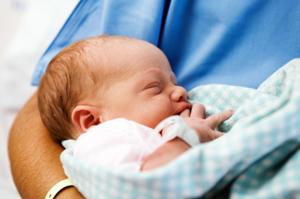 Florida hospital administrators for years have said the state’s high rate of preterm births — and the infant health problems that result — are beyond their control. But that’s not true, as Tallahassee Memorial Hospital has proved.

In the past three years, the private, non-profit hospital slashed the rate of deliveries before 39 weeks’ gestation from nearly 44 percent of all deliveries to under 37 percent. Meanwhile, preterm birth rates in the rest of the state have risen steadily every year, countering a recent nationwide decline.

Tallahassee Memorial discovered that many of the late-preterm deliveries, around 34 to 38 weeks’ gestation, were the result of elective C-sections or the induction of labor with drugs that cause uterine contractions.

By tackling both, Tallahassee Memorial’s program lowered the first-delivery C-section rate from 22 to 16 percent. Statewide, primary C-sections are over 25 percent.

A member of Congress from Tampa, Kathy Castor, called it a “public-health crisis” at a hearing last month. Dr. Charles Mahan, dean emeritus of the University of South Florida College of Public Health, said at the hearing that preterm babies are at risk for breathing problems and attention-deficit disorder.

Childbirth advocate Shannon Mitchell of Tampa, creator of the BirthAction.org Web site, said Tallahassee Memorial’s initiative shows the way for others. “If the primary C-section rate is below 20 percent, that’s to be applauded.”

Donna Florence, the hospital’s maternal and newborn clinical nurse specialist, said obstetricians thought it was okay to schedule C-sections at 37 or 38 weeks because that didn’t usually involve life-threatening problems.

Only now are they starting to realize that infants born before 39 weeks face a greater risk of physical problems, including respiratory distress.

“Studies have shown a decrease in intensive-care admissions” in births at full term, said Dr. Bill Sappenfield, the Florida Department of Health maternal- and child-health epidemiologist. “There’s no increase in fetal deaths in those who wait until 39 weeks.”

In 2006, the growing number of sick preterm babies at Tallahassee Memorial caught the attention of the neonatologist who cared for them. He discovered that many were delivered by elective inductions and C-sections.

The two are closely tied. When an induction goes awry or fails to promote delivery, doctors often perform C-sections.

He and hospital administrators vowed to end such needless preterm births. They adopted a program developed by the Massachusetts think tank Institute for Healthcare Improvement.

The program restricts physicians from scheduling deliveries before 39 weeks without a medical reason. Physicians often miscalculate the due date by up to two weeks. The 39-week rule ensures the infants will reach at least 37 weeks, and not the riskier 35 or 36 weeks seen in some scheduled deliveries.

“We made a policy that we’d no longer schedule elective inductions of labor or repeat C-sections before 39 weeks,” Florence said.

“Women wanted to plan when they had their baby,” she said. “I think women were requesting this because they were tired of being pregnant.”

If they were, countered childbirth advocate Mitchell, it’s because their doctors suggested it. It’s not fair to blame women “for believing in their doctors,” she said.

Doctors schedule C-sections and inductions early for their own convenience, she said.
“Inductions and cesareans allow them to see more patients per day.”

Indeed, in 2007 the American College of Obstetricians and Gynecologists estimated only 2.5 percent of C-section births were by the mother’s choice.

Another measure that Tallahassee Memorial addressed as a factor in preterm births is the Bishop’s scale. The commonly used scale assigns points for several factors including the baby’s position and cervical dilation. Patients with a low score often are unable to deliver vaginally even if labor is induced. Tallahassee Memorial advises doctors to delay elective inductions until a patient’s score indicates she’s ready.

“They’re basing it on evidence that the mom will go into labor soon,” Mitchell said. “That puts much less stress (from induced labor) on the mother and the baby.”

Another hallmark of the hospital’s new program is an informed-consent form that every maternity patient must sign.

To ensure doctors comply with the new requirements, the planning team enlisted physician leaders to encourage their colleagues.

“When we had people who weren’t compliant, we sent little friendly reminders,” Florence said of the obstetricians. “Now we have very few outliers.”

Programs like the one at Tallahassee Memorial are likely to spread throughout the state. The March of Dimes in August will test a program to reduce preterm births at five Florida programs, and plans to expand the effort later.

The Joint Commission, which accredits hospitals that meet its standards, in April asked hospitals to start collecting data on prenatal care, including the numbers of near-term deliveries and first-time C-sections in mothers at low risk.

After six months, the Joint Commission will set target rates for hospitals based on their data. Although participation is voluntary, Joint Commission executives expect the initiative to lower early inductions and unnecessary C-sections.

“What gets measured gets monitored,” said Celeste Milton, associate project director for quality measurement and research. “You do see improvement.”