Marilyn Bartlett, the director administrator of Montana’s Health Care and Benefits Division, recalls thinking “holy cow” when she got an urgent directive from state legislators in late 2014: “You have to get these costs under control, or else.”

So began Barlett’s high-stakes game of chicken designed to change how the state did business with its 60 hospitals, which accounted for 43 percent of employee health care costs, turning the normal purchasing process on its head.

Instead of starting with the hospital’s list price and negotiating down for discounts, the state began telling these facilities how much it was willing to pay — a “reference price” — for each type of hospitalization. State officials used generally conservative Medicare rates as a baseline and starting point for the discussion.

Before the plan took effect, hospital charges for state employees for the same service had varied widely, with some hospitals charging three to six times the Medicare rate for some services.

To even out the disparities and save money, the state decided it would pay an average of 234 percent of Medicare rates — a level of payment that hospitals indicated they would accept and an amount the state calculated would allow an efficient hospital to deliver high-quality care and still profit.

While other states and some private employers have set prices they are willing to pay for some standardized procedures — such as a colonoscopies or hip replacements — Montana’s experiment is more sweeping, covering all hospital services, and it uses Medicare as a common yardstick.

Two years in, the state calls the effort a success, saving $15.6 million this year over the estimate of what it would have paid without the change. Meanwhile, its reserve fund has grown and is so healthy the state dipped into it for other needs.

Did The State Get The Payments Right?

“A centralized price-setting model has danger. It can overpay or underpay,” said Glenn Melnick, director of the Center for Health Policy and Management at the University of Southern California. 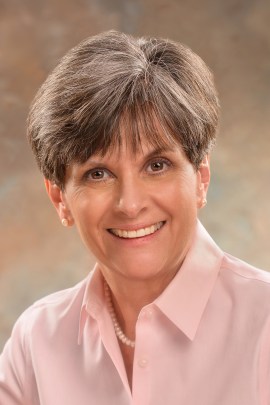 Lawmakers directed Marilyn Bartlett, the director administrator of Montana’s Health Care and Benefits Division, to get employee health costs under control, so she changed the way the state pays hospitals.(Courtesy of Marilyn Bartlett)

Like some other cost-control efforts, the Montana approach might lead to smaller numbers of hospitals that agree to participate in the state plan, he noted.

So far, there’s been no sign of that, said Bartlett: “No hospital has gone broke.”

There could be a ripple effect, as others in the community will want parity.

“If a state takes a hard line and says, we’re not paying more than X, then cities and counties and large employers would want the same deal,” he said. “And that becomes a massive political hurdle.”

To get buy-in, the state settled on the 234 percent, which many economists consider a relatively generous mark-up from standard Medicare payments.

Medicare doesn’t negotiate prices with hospitals or use hospital-set charges in its calculations. Instead, Medicare sets reimbursement through a complex formula that includes the cost of providing the service and the type of diagnoses. By its calculations, the government program pays hospitals enough to cover their services as well as a small profit.

Hospital officials, including many of those in Montana, disagree.

“When you look at total costs, Medicare probably pays 75 to 80 percent,” said Jay Doyle, president of St. James Healthcare in Butte. The facility, part of the SCL Health system, reported losing $9 million on its Medicare patients in 2016, the latest data available.

But economists say the prices are adequate if the hospitals spend the money wisely.

“Hospitals will say Medicare pays 90 cents on the dollar,” said Zack Cooper, an assistant professor of health policy and economics at Yale, which makes their argument sympathetic “for the first 15 seconds.”

In fact, for most hospitals, Medicare covers their costs, he added.

Reaching Out To The Holdouts

The Montana effort took aim at hospital-set prices, often called “chargemaster rates,” which to Bartlett were seemingly “going up and up.” She and the third-party administrator the state hired gathered data and dove into the new negotiations.

At some hospitals, Montana was shelling out more than three times what Medicare paid for inpatient care. Outpatient services showed an even wider range. Some hospitals were paid more than six times the Medicare rates.

When Bartlett’s team settled on paying an average of 234 percent of Medicare for inpatient and outpatient care, the decision involved a delicate balance: Set the bar too high and some hospitals would raise prices; too low, and some could cut back services or refuse to sign on.

As the July 1, 2016, deadline approached, five hospitals were holding out — and the state didn’t want huge gaps in its hospital network.

“I was absolutely freaking,” said Bartlett.

Four of the five remaining agreed before the deadline. The last major holdout was Benefis Health System in Great Falls, which argued that it was already one of the lower-cost hospitals in the state and that it should save its biggest discounts for its biggest customers.

Benefis declined requests for an interview.

At the time, state workers and their unions began a classic public relations arm-twisting campaign. Workers were told they might get hit with out-of-network bills from Benefis if it did not sign on. Such bills represent the balance between what the state pays and what hospitals charge.

Employee unions urged members and other interested groups to call or write Benefis, urging it to get on board.

The hospital is “kind of a monopoly, used to calling their own tune,” because it is the only major hospital within 90 miles, recalls Keith Leathers, an investigator with Montana’s Department of Public Health and Human Services. He was among those employees who picked up the phone, left messages and wrote notes.

By the end of July, Benefis finally signed on.

“A lot of states could learn from Montana,” said William Kramer, executive director for National Health Policy with the Pacific Business Group on Health, a coalition of employers. Within the state, companies and cities in the state are watching the experiment as well.

There are discussions underway about expanding Montana’s program beyond 35,000 state workers to cover city, county and university employees.

“If you want to get at pricing abuse by hospitals, why wouldn’t every single employer do that,” said Francois de Brantes, an independent benefits consultant and former director of the Center for Payment Innovation at Altarum, a Washington, D.C.-based nonprofit research and consulting firm.

That, of course, makes hospitals nervous since they have traditionally compensated for low reimbursement from some insurers by charging others more.

“If [that] happened, it would have huge economic impact,” including layoffs at his hospital, said Doyle of St. James Healthcare.

But Cooper, the Yale economist, suggested that hospitals paid based on multiples of Medicare will be fine if they deploy their earning wisely rather than on duplicative services, additional MRI machines or gleaming, marble-filled lobbies.

For many, he said, “it’s a function of investment decisions, not that Medicare doesn’t pay enough.”