A paradox of American health care is that hospitals are sometimes rewarded for doing things badly. Patients who are discharged, for example, shouldn’t have to come right back because their conditions get worse when they go home. But if they do come back, hospitals benefit, because they can fill an empty bed and bill for more care. 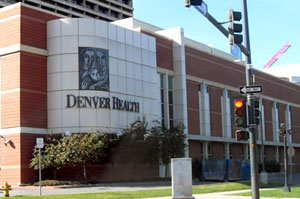 The federal government says, in fact, that Medicare pays $17.4 billion a year for unnecessary return visits.

The 2010 health care law is trying to fix that, and this week Medicare started docking payments to hospitals that have too many repeat customers.

The federal government wants many hospitals to adopt a model like Denver Health, which doesn’t readmit many patients. Dr. Thomas MacKenzie, the chief of quality at Denver Health, says a big reason is because the hospital is able to help patients get follow-up care once they leave.

“Part of it is making sure you have access to get an appointment, so in our system, we can facilitate that,” says MacKenzie.

Denver Health does this through its own network of neighborhood clinics, which are all linked by a computerized record system. The hospital can let them know a patient who needs follow-up care is coming, and can help that patient get a priority appointment.

But many hospitals don’t have close relationships with their patients’ primary care doctors.  Dr. Atul Grover is with the Association of American Medical Colleges, which represents hundreds of hospitals nationwide.  He says setting up a more integrated system requires resources.

“All of that requires paperwork, legal agreements – a level of resources that may not be available in some of the really poorest neighborhoods in the country and the hospitals that are serving them,” he says.

Grover says it’s unfair to tie how much hospitals get paid to what kind of health care their patients are able to get after they’ve been discharged.

“That quite frankly needs to be a shared responsibility,” he says.  “It’s not just the responsibility of the hospital, and yet you’re putting the entire financial burden and expectation on an inpatient setting.”

An architect of Medicare’s new policy to prevent so-called boomerang patients is Dr. Harlan Krumholz at the Yale School of Medicine. He agrees that preventing re-admissions is a shared responsibility, but he says it’s perfectly sensible to make hospitals accountable for it.

“You have to look at the hospitals and say: You’ve got this extra burden because you are the central organizing force for health care in most communities in the nation. You get more revenue than anyone else. And with that position comes great responsibility,” Krumholz says.

Critics of the policy say penalizing hospitals makes it harder for them to take on more responsibility. Investing in better relationships with outside providers, they say, takes money, and the Medicare penalties mean money is harder to find.

But Krumholz says something had to be done, and he hopes the new penalties will give hospitals’ a financial incentive to provide better care.