GLENDALE, Calif. – Diana Matsushima cares for both her husband and sister-in-law full time, giving them their medications and driving them to their doctor appointments.

But when either ends up hospitalized, Matsushima said her role as their primary caregiver is often overlooked. She isn’t always included in the discussions at the hospital, and she sometimes leaves confused about how to best care for them when she gets home. When they are discharged, she said the nurses hand her a stack of papers without much — if any — explanation.

“They print out these cryptic notes,” Matsushima said. “My background is health education and I don’t know what these things mean to me and my family.”

Beginning in January, family caregivers like Matsushima could have a much different experience. A new California law, SB 675, requires hospital staffers to involve a family caregiver during the hospitalization and discharge process, which supporters say will improve patients’ overall health and reduce their chances of readmission.

The law, sponsored by state Sen. Carol Liu (D, La Cañada Flintridge), mandates that hospitals give patients an opportunity to identify a caregiver, notify that caregiver when the patient is to be discharged, and provide information and instruction on the patient’s needs and medications following the hospitalization. Hospitals must still follow privacy laws and aren’t required to release information if the patient doesn’t give consent.

California is among 18 states to pass such laws over the past two years, including Arkansas, New Hampshire, Oregon and Virginia. It’s part of a growing awareness among policymakers and legislators that family caregivers play an important role during and after a relative’s hospitalization.

How hospitals communicate with caregivers is expected to become more important as the population ages and the number of unpaid family caregivers continues to increase. An estimated 40 million Americans have cared for a relative in the past year, according to a 2015 study by the National Alliance for Caregiving and AARP.

The changes are largely being driven by AARP, which is leading a campaign to reduce barriers for family caregivers. The impetus comes from the organization’s 2012 survey, which found that 46 percent of caregivers perform medical tasks, such as giving injections, most without any training or guidance from medical professionals. AARP crafted model legislation known as the Caregiver Advise, Record, Enable, or CARE Act, and is promoting it around the nation. 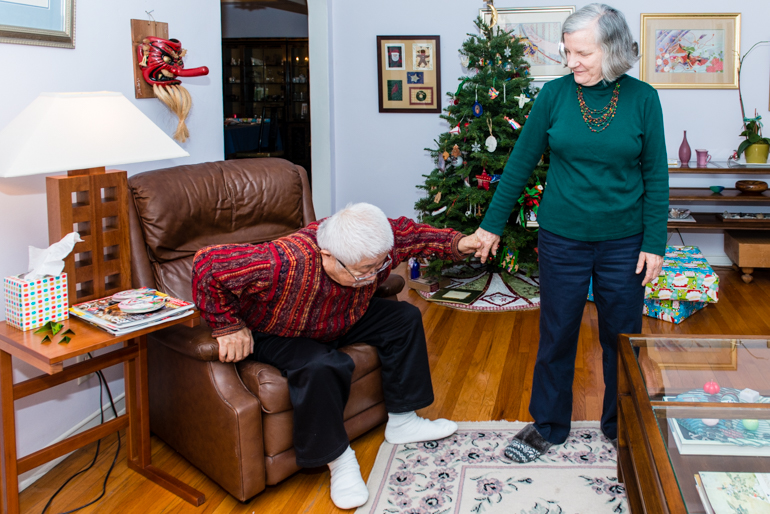 Diana Matsushima helps her husband, Yoshi, up from the recliner chair. After her husband suffered a stroke in 2009, Matsushima began helping him get around. (Heidi de Marco/KHN)

Elaine Ryan, AARP’s vice president of state advocacy and strategy, said the legislation is designed to improve caregivers’ competency and give them peace of mind.

“A piece of paper can’t really educate people how to fill a syringe or clean a PICC line,” Ryan said, referring to a catheter inserted into a vein in a patient’s arm. The laws “make sure that family caregivers have all the information they need to safely care for their loved one at home.”

Matsushima said she has struggled to get that sort of information since 2009, when her husband had a stroke and she became a caregiver. During one hospital visit, she had to demand that nurses instruct her how to remove her husband’s catheter.

Over the past year, she has also helped her sister-in-law through two surgeries and two lengthy hospital stays. The first time her sister-in-law was discharged, Matsushima said she got very little notice or guidance. Two days later, her sister-in-law fell while getting out of bed and ended up back in the hospital.

Matsushima said she feels “fed up with hospitals” and hopes the new law will make things better for her and other caregivers.

Around the country, however, some hospital associations say their members already include caregivers in the discharge planning process and that adding specific requirements only adds more work. At the same time, hospitals face increased pressure from the Centers for Medicare & Medicaid Services to keep patients from being readmitted, and some recognize that improving communication with family caregivers can’t hurt. 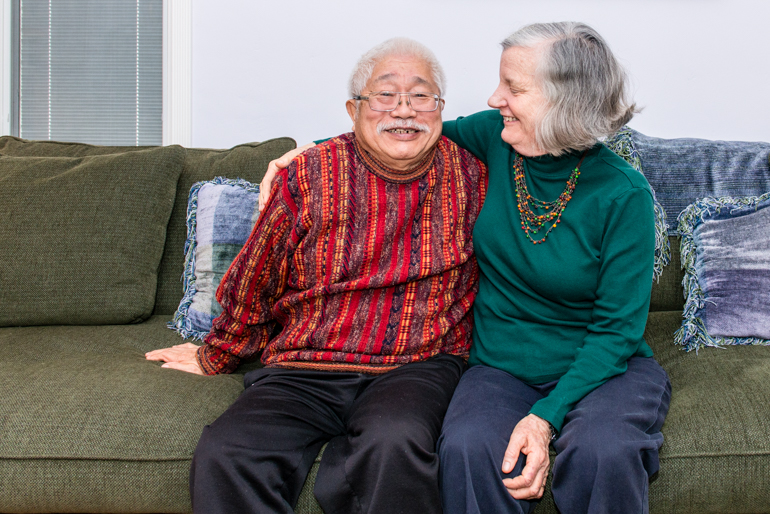 Diana and Yoshi Matsushima at their home in Glendale, California. (Heidi de Marco/KHN)

In New Jersey, where a similar law passed last year, the state’s hospital association had some reservations but made a political decision to work with AARP to tailor their model legislation to the state, said Neil Eicher, vice president of government relations for the association. That meant making changes, including stripping out time requirements for notifying caregivers of discharge.

“We understand the importance of having good discharge planning,” he said. “We just didn’t want our hands tied to those time frames.”

“You’ve now got a requirement to educate the caregiver,” she said. “But not everybody has a caregiver … And not all caregivers want to learn or carry out the instructions.”

Currently, hospital staff members often make incorrect assumptions about who the caregivers are or how much they know, said Donna Benton, associate research professor of gerontology at University of Southern California. They send people home without knowing whether food is in the house or someone to get patients’ medication or bring them to a follow-up appointment.

“This is a very important bill,” said Benton, co-director of the Los Angeles Caregiver Resource Center. “This really puts the pressure on the hospital to actually identify the caregiver and try to meet with them according to their schedule.” 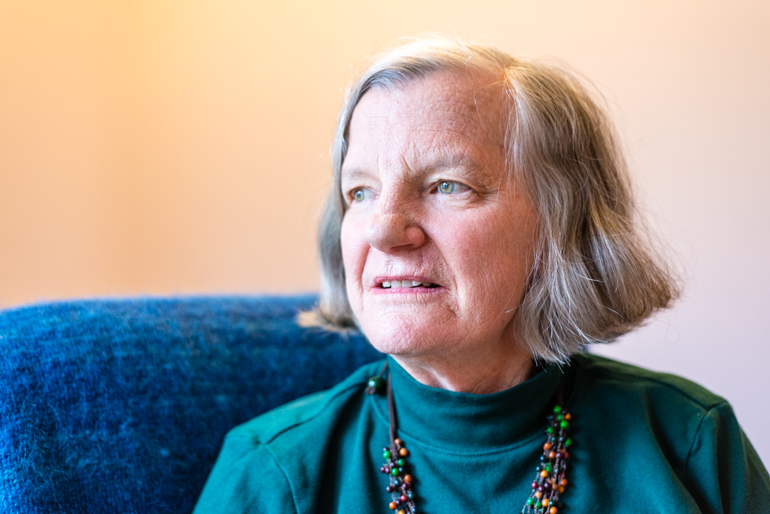 Diana Matsushima is the primary caregiver for her husband. Matsushima said that even with her health background, she needed more instruction to provide the necessary care for her husband when he was discharged from the hospital after he suffered a stroke. (Heidi de Marco/KHN)

Pamela Bingham, an engineer who lives in Virginia, said she quickly felt overwhelmed by everything she had to learn to care for her parents. Her father, who died earlier this year, had kidney disease, diabetes and high blood pressure. She still takes care of her mother, who is blind and has dementia and diabetes.

“It was like I was a nurse,” she said. “And it takes nurses years to learn this stuff.”

Bingham said she was relieved to see a law pass in Virginia earlier this year so caregivers can get more guidance. She said doctors and nurses are focused on treating patients while they are at the hospital — not on what happens after they and their caregivers leave.

“Bills like this are important,” she said. “They force the hospitals to really focus on the discharge process.”

Kaiser Health News is an editorially independent program of the Henry J. Kaiser Family Foundation. This story was reported while participating in a fellowship supported by New America Media, the Gerontological Society of America and The Commonwealth Fund.

Hospitals Required To Keep Caregivers In The Loop