Eleven of the nation’s largest hospital systems –including Kaiser Permanente, HCA Healthcare  and Boston-based Partners HealthCare — today called on their industry to be better environmental stewards. 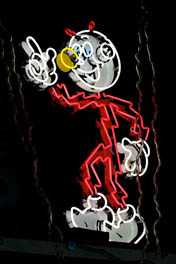 The Healthier Hospitals Initiative challenges hospitals to reduce energy use and waste, purchase environmentally friendlier products and serve healthier foods. The  effort is as much about reducing health risks and environmental damage, as it is about  lowering costs, officials said.

Organizers, who hope to have 2,000 hospitals participating by 2014, did not list specific goals such as units of energy saved, waste reduced or unhealthy food discarded in a press briefing Tuesday.

During the next three years, they said the group would gather data from participating hospitals on the impact of “green” policies on the health and safety of patients, staff and communities, as well as on health care expenses.

“Sustainability is a critical means to help us achieve our business objective,” said Knox Singleton, CEO of Falls Church, Va.-based Inova Health System. He said his company  is buying food from local farmers and working to offer healthier foods to patients, employees and visitors.

Kathy Gerwig, a vice president at Oakland, Calif.-based Kaiser Permanente (which is not affiliated with Kaiser Health News), said her company weighs environmental impact in buying intravenous bags, as well as computers.

It is also offering healthier food to patients and staff.  Dozens of hospitals, including more than 25 children’s hospitals, now offer food from fast food restaurants, she said, adding, “That needs to change.”

Partners Healthcare, which runs Massachusetts General Hospital among other facilities, has reduced  energy consumption by 9 percent  in the past 18 months by turning down the heat and lowering air conditioner use, said John Messervy, director of capital and facility planning. The move is part of an effort to reduce energy use by 25 percent by 2014. “If a hospital is fundamentally committed to health, then it has an obligation to make a positive environmental change,” he said.

The 2010 health law helped inspire the green initiative because it prods medical centers to lower costs, as well as to identify benefits they provide to their communities, said Gary Cohen, president of Health Care Without Harm, a nonprofit group working on the effort.