A three-judge panel in Atlanta heard arguments today on whether it should reverse a Florida federal judge’s January ruling that struck down the 15-month-old health law. A key issue for the 11th Circuit Court is whether Americans can be required to obtain health insurance and whether the government can expand the role of Medicaid, the state health insurance program for low-income individuals. Alyson M. Palmer, who covers legal issues for the Daily Report in Atlanta, was there for this morning’s hearing and discussed the day’s developments with KHN’s Bara Vaida.

BARA VAIDA: The court was listening to arguments on whether it should uphold a Florida judge’s January ruling in a case brought by 26 states and the National Federation of Independent Business challenging the legality of the individual mandate. The government had argued that Congress has broad authority to regulate the health care market and Medicaid. They lost and appealed to the court today. Tell me what were the key points made by Neal Katyal, the Solicitor General?

ALYSON M. PALMER: His main point was that in this market, people are seeking out health care already, and that this is quintessentially an economic problem and a national problem that Congress is addressing and that folks won’t be able to predict when they might need health care.

BARA VAIDA: And what were the key points made by the states’ representative, former Solicitor General Paul Clement?

ALYSON M. PALMER: Mr. Clement’s point was that while Congress might be able to regulate this industry generally, they can’t do it in the way they have done [with the law], because someone, as he put it, “Sitting in their living room and having decided not to buy health insurance isn’t engaged in commerce right now.” He said Congress can’t require someone to buy health insurance who isn’t engaging in that economic activity now.

BARA VAIDA: How much time did they spend on this question of activity versus inactivity? 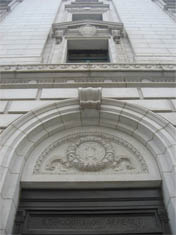 ALYSON M. PALMER: [The plaintiffs’ attorney] essentially said that yes, this might be an economic decision not to buy health insurance, but that’s not something that the federal government can regulate even though it might have economic implications because otherwise the federal government could tell states what textbooks they had to buy. Judge Stanley Marcus said that it sounded to him that the arguments the plaintiffs were making were more about individual liberty. He questioned whether the sort of constitutional hook that their argument was based on, this issue of what [is] the breadth of Congress’s commerce power, he questioned whether the case law on that clause really implicated these issues of individual liberty. The plaintiffs’ lawyers insisted those issues are all bound up.

BARA VAIDA: Did you get a sense the judges were more accepting of the framework of one argument over the other?

ALYSON PALMER: It is interesting having covered this court for several years. This particular panel, which the court says was selected by random draw — none of these judges fall on the extremes of the spectrum, certainly not in terms of their style. This is a largely conservative court. None of these judges are the folks that are frequently in the dissent on the more liberal side. Neither are they some of the more bombastic, if you will, conservative judges on the court. It seemed to me that while they were very engaged and had a lot of questions for both sides, they seemed to be almost going out of their way to not tip their hand to say, well, your argument is clearly ridiculous — which I certainly have seen judges on this court do at oral argument. So, I think that they are trying to be cautious.

ALYSON M. PALMER: Judge Joel Dubina, the chief judge, asked Mr. Katyal at the outset, “I can’t find any case that’s written just like this.” And he noted that the Supreme Court has said there are limits on Congress’ commerce power. He wanted to know, if the court upholds the health care law, are there limits on Congress’ power? And that seems to be the thrust of the argument against this law. If this is okay, then surely Congress can do anything it wants. As far as their questions for Mr. Clement, Judge Dubina asked him, why folks without insurance aren’t already engaging in commerce? And Mr. Clement said, “well they might be at some later point, but for now, they’re not.”

BARA VAIDA: Do you feel like one side walked away a likely winner?

ALYSON M. PALMER: They did ask some questions about severability — this issue of whether a part of the law deemed unconstitutional could simply be taken out, and the rest of the 2,700 page heath care act could stand. The fact that they were even asking those questions, some might say that suggests that they think that there are votes on the panel to strike the law down. But beyond that, it seemed like they were being very cautious to be even-handed in their questions for both sides.

BARA VAIDA: Any thoughts when we might get a ruling on this case and when it might reach the Supreme Court?

ALYSON M. PALMER: It’s hard to say. This court is a very busy court, but they did agree to an expedited briefing schedule. They’re clearly treating this case as not just any case, so I think they’ll resolve this as quickly as reasonable. But in terms of how that fits within their usual practices, that can still be several months. Everyone seems to agree that whether it’s in this case or another case, the Supreme Court is going to be the one to resolve this issue, ultimately.